Out metal space improv in France 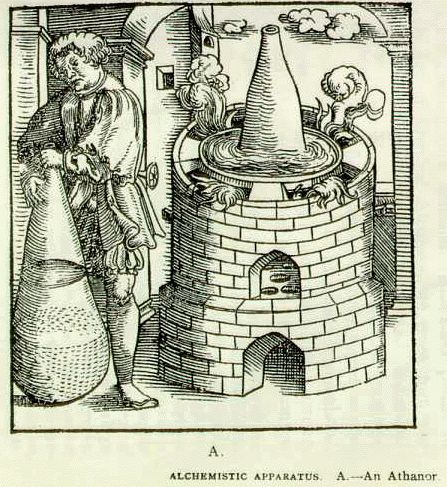 So the Pilkdown Man, Fer and I trundled out past the Parisian périphérique under glowering and then groaning skies to some tiny hep club tucked behind North African meat joints. The opening act was a French guy who played a tenor sax through a rack of effects, beginning with a deeply distorted if somewhat dull drone and eventually conjuring up thickening squalls of sound before winding up with some proper skronk. Sometimes he screamed into sax, and the effect was uncanny, like demon voices howling in a tempest. The beer on tap was skunky, and I was greatly relieved that no-one can smoke indoors anymore.

After seamlessly erasing the difference between warming up and drifting through edgy space murk, things began to thicken without ever gelling. O’Sullivan providing a grooveless Herbie Hancock pulse, and some haunting analog melodies. O’Malley added the occasional sour-toned figural fragments before digging deep into his store of Dark Lord Cometh riffs. Rygg, who was much less gaunt and willowy than I would have expected but no less tattooed, occasionally yelled into a mic that ran through his laptop and become a storm of ferocious white noise. Sometimes the group sounded like they were working on In a Noisy Way, and sometimes the banshee piping and Tuvin overtones congealed into a cosmic monolith that hurtled through the cosmic void until Cthulhu rose up out of the sunken seas and swallowed it like a popsicle. A lot of the time it just seemed restless, even tentative.

The drummer held it all together, providing the essential alchemical goo or at least the improvisatory, uh, juissance that kept me smiling and engaged. Like Jim White from the Dirty Three, Noble not only played the drums, but played with them. He placed small Chinese bells on top of his floor tom, their high clanging pitch unleashing resonance in the deeper drum. He’d shimmer and shake unexpected beat runs that the sound guy in the back would send skittering dubwise through the digital dungeon. Noble would take his cymbals off and screw around with them and put them back on. He seemed the only one onstage who was creatively comfortable with not knowing what the hell was going on.

The evening was more interesting than great, but it was very interesting, although ten minutes too long. I look forward to listening to the band’s new CD, Betimes Black Cloudmasses, which has a pretty package. As a friendly Rygg told me later, “We still need to develop that telepathic communication.” At the same time, Rygg recognized that the process itself leads to unexpected places. “These projects have a life of their own. If you know each other too well it becomes composition, and its no longer so free.”