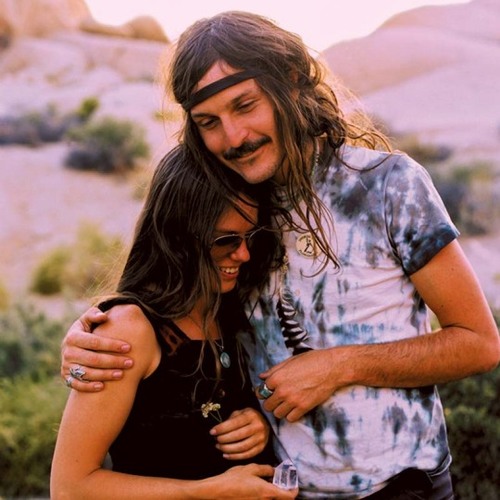 On their laid-back debut album, out now from Matador, Brightblack Morning Light may have invented a new genre: freak-funk. Or not. Whatever it is, it makes my lady get all gooey and slinky and sweet. Rachel Hughes squeezes slow, gumbo riffs out of her Fender Rhodes bass keyboard, while Nathan Shineywater adds down-home, low-down guitar against a spacey backdrop of gongs and cymbals. The meshed voices of the two Alabamans reverberate and drift through the air, like a blend of Low and Mazzy Star, while drummer Noah Wilson keeps things percolating beneath the hazy blue notes. Brightblacks neo-hippie ethos is reflected in song titles like Star Blanket River Child, not to mention the occasional Zen flute. The band are also friends with boho folksters like Joanna Newsome and Devendra Banhart, which I guess makes em “authentic” by today’s folk standards. Poor folksters–it’s no fun carrying the burden of authenticity these days, however necessary it is. Thankfully, Brightblacks crunchy mellow vibe is also a frisky groove that gets under your skin. >