Erik Davis
Media
• 2 years ago
publish
Check it out 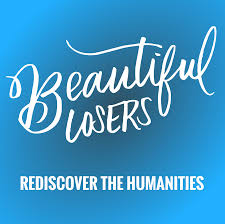 When I attended Rice University a decade ago, I whiled away the boozy hours with a number of unusually bright, funny, and forward-thinking grad students, whose inter-disciplinary interests and great good humor made Houston’s concrete swamp more than tolerable. Now two of them, Seth Morton and Alexander Adkins, carry on the conversation in their podcast Beautiful Losers, which explores the continued relevance of humanities discourse in an unravelling 21st century.

I recently joined them for an episode called “Building a Better Self: Demystifying Stoic Anthropotechnics with Erik Davis.” We talked about Peter Sloterdijk, pop Stoicism, systems theory, and the practice of the self in an era of urgent collective needs. In Seth’s words: “We’re diving into a specific constellation of thinking around stoic philosophy, mindfulness, self-help, and contemporary culture. Why is an ancient philosophy like stoicism suddenly popular today? Why is it often talked about in context with vaguely eastern practices of mindfulness? How do all of these things relate to an emergent industry of self-help and self-care?”