A review of Slavog Zizek's The Puppet and the Dwarf 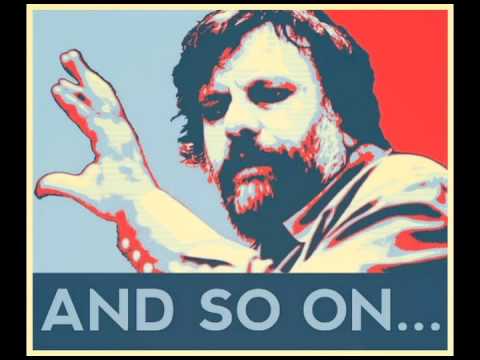 A version of this piece originally appeared in Bookforum, Fall 2003

The most interesting thing about the New Yorker’s May 2003 profile of Slavoj Zizek was the suggestion that the Slovenian philosopher and cultural critic, whose mitteleuropan mug gazed out at us with an expression at once shocked and bemused, was actually a comedian. And indeed, Zizek’s hyperactive video-clerk neo-Hegelianism has become something of a shtick by now, his most characteristic rhetorical move–the paradoxical switcheroo, whereby X in fact turns out to be Y inside-out–a punch line in analytic disguise. But Zizek’s comedy cannot be easily dismissed, in part because he skewers the foibles of his audience at least as much as he critiques more obvious targets. Moreover, in his pungent send-ups of the postmodern left’s more established platitudes, Zizek digs his heels into that moral ground where all the most subversive stand-ups reside, a place at once shifty and committed to the core.

This resistance to nihilism helps explain Zizek’s powerful, if perverse, turn toward religious thought, especially Christianity. The immediate spurs for this God-talk are continental discussions like the French philosopher Alain Badiou’s reappraisal of St. Paul and Derrida’s “Jewish” turn toward an ethics of the Other. But over his last few books, Zizek has also moved into a more direct encounter with religious positions themselves — imagine Kierkegaard’s suspension of the ethical filtered through Lacan’s suspension of the entirely coherent.

Besides containing the most extensive analysis ever undertaken of the German Kinder Surprise egg toy, The Puppet and the Dwarfis Zizek’s most compelling and passionate writing on Christianity to date, one founded on the wacky assertion that “to become a true dialectical materialist, one should go through the Christian experience.” What Zizek means by the Christian experience is not, of course, what Ralph Reed or even Simone Weil means. Zizek holds that the revolutionary character of Christianity prefigures modernity by opening a gap in the order of being, a rent in both the pagan Whole and the Jewish law. Mischievously, Zizek also locates this gap within God himself–particularly at the moment when the Lord forsakes Christ on the cross. Zizek writes that Christ realizes God himself is impotent–an impotence in the Big Other that frees us to embrace our terrifying autonomy. “The true communion with Christ, the true imitatio Christi, is to participate in Christ’s doubt and disbelief.”

Zizek’s marvelous reading of Biblical tradition careers through many such loop-de-loops. In his’s telling, Judas and Pilate are ethical heroes, the Fall is a salvation we misrecognize as the Fall, and the God who both plants and prohibits the Tree of Knowledge is “perverse.” As usual, Zizek does not accept or reject ideas so much as see where they’ll take him, and his manic wranglings at times resemble a sort of materialist midrash. He is not a believer, but he occasionally reads like one, and the possibility of some radical Christian experience haunts this book the way that, as Zizek says at one point, “the promise of real life haunts us in a ghost-like form.”

In secular Europe, a dalliance with Christian ideas can provide a much-needed shock from beyond; for inhabitants of the United States, where rightwing Bible-thumpers directly drive American policy, Zizek’s praise of Christianity’s “violent love” may seem, at the very least, myopic. Rather than engage the horrors unleashed by the intolerance and absolutism of so much Christianity, Zizek saves his furor for Buddhism, whose popular Western form he characterizes as “the “paradigmatic ideology of late capitalism.” The idea here is that Asiatic religion has gone pop because the interior cultivation of detachment allows people to go with the flow without going nuts–even if the flow is a horror show. For evidence, Zizek drags out the Zen establishment’s widespread support of the Japanese war machine in the 193’30s and ‘ 40s==a shameful history that has confounded Western Buddhists the way that De Man’s or Heidegger’s Nazi ties have confounded many intellectuals. For Zizek, though, this episode becomes simple proof of the “perverse desubjectification” and ethical confusion inherent in Buddhist experience.

Siding with G.K. Chesterton against Buddhism (as well as Theosophy), Zizek aligns himself with some longstanding, orthodox complaints about Asian religious thought and its Wwestern mutations. But Buddhism in the West is not the same thing it was in Madame Blavatsky’s day, and Zizek needs to do some homework. He seems to think, for example, that “Bodhisattva” is a particular being and not a general category, like “saint.” More regrettable is his evident ignorance of philosophical heavyweights like Dogen, the Heideggerean founder of Soto Zen, or Nagarjuna, the key Mahayana thinker. At one point he Zizek complains that, in contrast to Hegel’s “tarrying with the negative,” Buddhism’s passage through emptiness cannot “return to a phenomenal reality which is Ôbeyond nothing.'” But this is precisely the operation achieved in Prasangika Madhyamika, the philosophical school to which the Dalai Lama–a favorite target of Zizek’s–belongs.

Zizek seems horrified by the thought that religious experience could have anything to do with bliss. As Zizek sees it, the problem with the pop gospel of happiness preached by the Dalai Lama is that an inoffensive ethic of happiness–especially in its guise of “protecting the Other from pain”–opens up the “path to a perfect totalitarian society.” Zizek’s hostility is rooted in his belief that that the real is traumatic, and that ideologies of wholeness and harmony attempt to cover this up, quenching the revolutionary potential that lies in the anxious split that defines the modern subject. “Freedom is not a blissfully neutral state of harmony and balance, but the very violent act which disturbs this balance.”

Instead of seeking wholeness, Zizek believes we must take responsibility for our tragic desire, to take a stand on the field of differences, to wrestle with the angel rather than merge with it or medicate ourselves out of the struggle. As his fascinating discussion of Chesterton suggests, Zizek feels such fidelity to the rupture of modernity that, in our post-everything days, he sometimes finds himself on the “conservative” side of the fence–a paradox he no doubt enjoys. But what Zizek really wants is to keep open the possibility of revolutionary subjectivity.

In The Puppet and the Dwarf, Zizek asks if maybe we are only “really alive” when we engage ourselves with excessive intensity. If so, he suggests, then a Palestinian suicide bomber is more alive than a New York yuppie jogging to keep fit. “What makes like Ôworth living’ is the very excess of life: the awareness that there is something for which we are ready to risk our life (we may call this excess “freedom, “honor,” “dignity,” “autonomy,” etc.).” Following 9/11, we have come to instantly recoil from such intensities, but Zizek’s provocative claims remind us of the well-managed secular dystopia that lies on the far end of that recoil. In contrast, Zizek calls for a kind of Lacanian liberation theology wherein subjectivity bursts through objective history into messianic time. “Authentic revolution,” he says, “always occurs in an absolute Present, in the unconditional urgency of a Now.” I’m not really sure what this would mean, or even look like, but it does sound rather Zen.