Listening in on Christian rock. 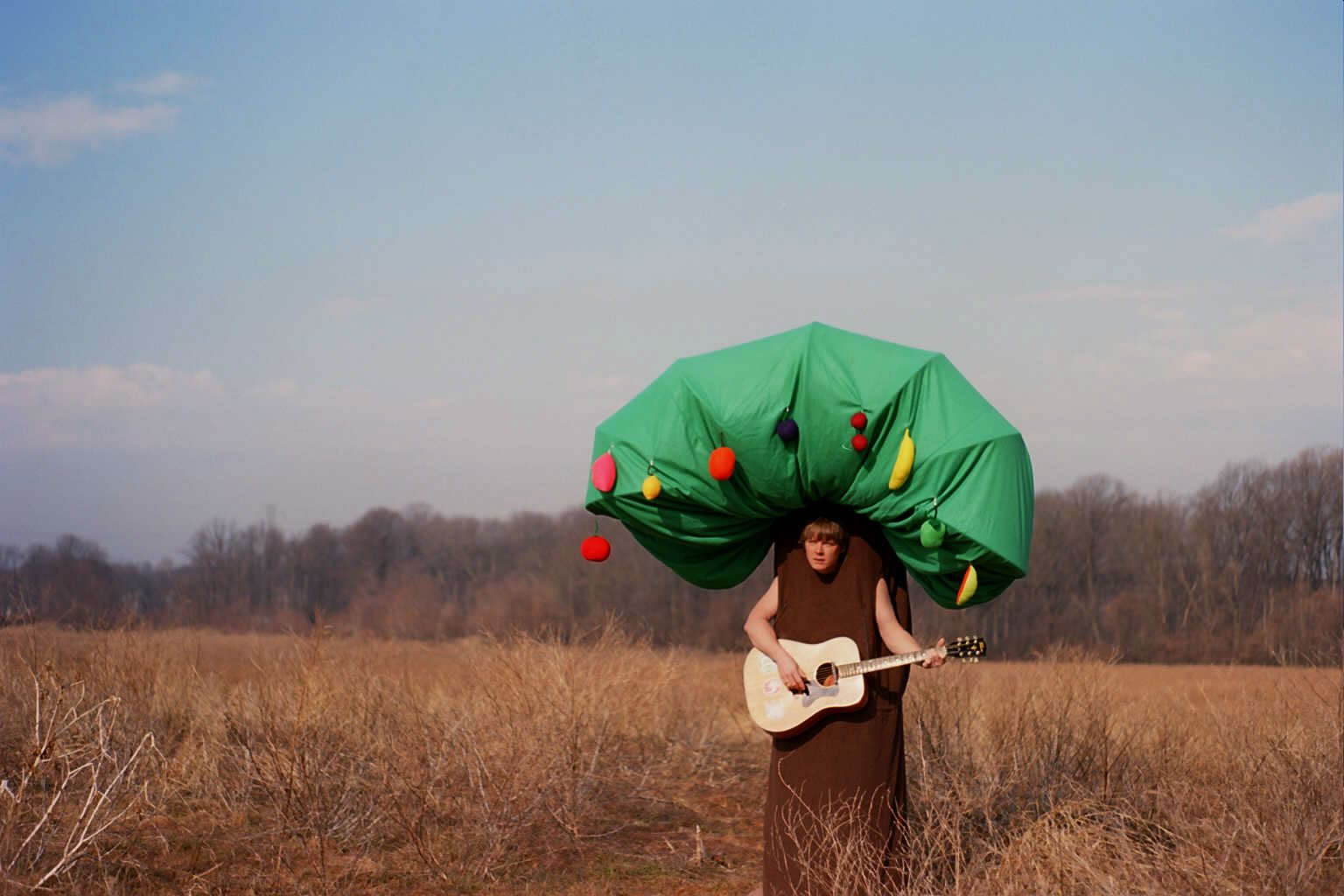 For iTunes users, the contents of one’s library is a rather sacrosanct spacean often intimate archive of the music that moves and fascinates. Which is why one of the more quietly subversive things about iTunes is the feature that automatically gives you access to the music libraries of iTunes users on your local network, whether they know you are there or not. If you are a habitué of today’s wireless café, where headphones shut off the hubbub we clearly crave by being there in the first place, this unintentional radio gives you a lot of data about the private universe of the strangers around you.

Last week I was tapping away at Mishka’s Cafe in Davis, CA, where I am teaching the young’ins a thing or two about technology and popular culture, when Laura Judson’s collection popped up in my iTunes library. Curious, I soon discovered that the bulk of Laura’s music was about God or faith or getting right with the Lord. That’s cool by meI love tons of American religious music. But most of Laura’s godsongs were packaged in the form of highly commercial pop-punk.

You may have beat a hasty retreat, dear reader, but I rolled up my sleeves. You see, I have spent a good chunk of my wayward writing career marveling and puzzling over the myriad conjunctions of religion, spirituality, and popular culture. As such, I have spent a fair amount of listening time in the trenches of Christian rock, although most of that listening has lately been focused on the early 1970s, the bearded and bedazzled era of Azitiz, Agape, and All Saved Freak Band. I don’t listen with irony; I am genuinely fascinated and moved by the conjunction of belief and rock, and I prize the uncomfortable spaces such music can open up as opportunities to engage my own complex love-hate feelings toward Christianityand especially the sort of nondenominational but deeply yearning faith I briefly held in high school. (Another story.) And so here I was: faced with the opportunity to test the barometer of today’s most popular Christian rock bands, without having to bother to track them down, buy them, or break any intellectual property commandments.

But my God! I would love to be able to tell you that this music was radical in its devilish banality, its brazen refusal to pander to snobs like myself by making “innovative,” “interesting” and “passionate” things. But I wore out that postmodern “celebrate the surfaces” thing a while ago. Shuffling through bands whose names I jettisoned from my memory as quickly as possible, I recalled the urban legend that holds that all the Indian dives on 6th Street in Manhattan get their food from the same kitchen. All these acts sounded like one band run through some Christian Pop-Punk processor unit, which produced tiny variations on the same timbres (a sort of cotton-candy distortion), the same smug but whiny Caucasian vocal moves, the same insincere sincerity, the same coy “rage.”

I grew ever more obsessed, however, convinced that somewhere in Ms. Laura’s library I would stumble on to something interesting, the pop punk or nu metal equivalent of Kings’ X or Pedro the Lion or Sufjan Stevens. I finally gave up during a virtual spin of Relient K’s “My Way or the Highway…” (and you know what highway he’s talking about there, my friends, so don’t say he didn’t warn you). Relient K, whose current hit is called “Must Have Done Something Right,” now sells CDs well into the six figures. I know rebellion is vastly oversold these days, as predictable as a tribal tattoo on a jock bicep, but the self-satisfied obedience that radiated from these smug chipmunks, equally reflected in music and message, catapulted me straight into the hollow void that constitutes commercial alternaculture and so much pop Christianity alike.

One thing that helped me limn this void was a December New Yorker article about the state of contemporary Bible publishing that I just got around to reading. Daniel Radosh’s “The Good Book Business” discussed the huge trade in Bibles, a trade that, like everything else these days, increasingly reflects intense niche marketing and aggressive marketing muscle. Of course, the issue of translationcultural or literaryhas lain at the heart of Bible publishing since Martin Luther: do you stick to the historical high tone that reminds you of Scripture’s traditional origins, or do you make the language accessible to facilitate its contemporary consumption? Today, needless to say, the latter philosophy reigns. Now there are tons of editions of the Bible, retranslated and repackaged to fit all the major subcultures you could care to name. There are surfer bibles and comic-book nerdboy bibles (The Super Heroes Bible) and the BibleZine, which based a design of the New Testament on teen girl glossies, featuring tag lines like “Do U Rush to Crush?” At the end of the article, a former religion editor discussed what she saw as the “scandal” of all this marketing moxy: “Instead of demanding that the believer, the reader, the seeker step out from the culture and become more Christian,we’re saying You stay in the culture and we’ll come to you.'”

That’s what I was missing in Relient K and that continues to compel me in the music of Washington Phillips or the Blue Sky Boys or Johnny Cash or even weird Christian psych bands like Fracture or the Search Party: the sense that, whether they are working on you through joy or morbid fear, they are calling you out of your world and into a world they themselves can barely see. It’s like Rilke’s angel: You must change your life. Only it’s not an angel you are listening to, but a badly wired human oddity, just like you, an oddity that’s letting you in on a secret wish, not a doctrine. Conviction is fine; groupthink is not. As with all genuine underground cultures, the Christian call seems to work best when it arises in and around the margins, and not when it dissimulates its assimilation or accords too closely with power, and certainly not commercial power. OK, Johnny Cash did sell a lot of records, but you know what I mean.

I think Brother Danielson of the Danielson Famile also knows what I mean. For some lame reason, I never listened to the Danielson crew much before seeing “Danielson: A Family Movie (Or, Make a Joyful Noise Here),” J.L. Aronson’s 2006 documentary on Danielson, his strange music, and the loving family he made it with. In the 1990s, Daniel Smith was a devout Christian artist from New Jersey who started making eccentric music with his siblings, music that was embraced almost exclusively by indie hipsters who rarely shared his faith. He called himself Danielson to indicate that he was a son of God; in its original incarnation, the group performed in nurse uniforms that symbolized the healing power of the Good News. With his weird high-pitched voice, hyper chord progressions, and a drive that seems both visionary and naïve, Danielson was, like the similarly God-haunted Daniel Johnston, the perfect sonic outsider artist.

During one of the film’s many interviews with music fans, a club-goer complains that Smith’s music is “self-indulgent.” This almost precisely misses the point. Smith obsessively drags holy weirdness out of himself not because he is indulging his self but because he has turned that self over to a God he experiences as a font of originality. At one point he saysno doubt partly in reaction to the great popularity of his once-protégé Sufjan Stevensthat success in life is not based on selling records but on creatively bringing forth the unique potential that God gave usin other words, to play the hand we’re dealt. “Creation and the creator are not that far apart,” he says. After all, originality is the closest we come to glimpsing our origins.

Originality is a tricky variable, and needs to be balanced with both heart and genre moves to communicate to most of us. But it’s certainly true that the value of originality has barely a toe-hold in the conformist world of Christian musica world that ignored the Danielson Famile despite the fact that the band was essentially acting as missionaries to the indie heathens, rather than preaching to the converted. “I wish there was a real Christian music scene,” Danielson says at one point, “encouraging creativity and selling CDs for eight bucks.” Danielson’s commitment to his own strange angel meant that he was perfectly OK performing for agnostic rock fans who enjoyed the band through a lens of hipster irony and/or a sincere appreciation of Danielson’s strange, playful, and sometimes deeply moving music. There is a fine scene where Smith is hanging out with the ever-caustic Steve Albini, who unapologetically rejects Smith’s faith while praising his music; later, Smith prays for Albini during a group prayer before a show. The world where both of these people move freely is the world I want to live in.

Though the film is overlong and lacks focus, Aranson does a fine job highlighting how music fans wrestle with and sometimes celebrate the extra challenge and delight that Danielson’s Christianity lent his music. (Though as one reviewer noted, he never mentions Jesus Christ by name.) One fellow defends his enjoyment by saying that he doesn’t take drugs but listens to lots of music by musicians who love and praise drugs. But there’s something more. Part of what makes Danielson’s music compelling is that it pushes you, or me anyway, beyond irony or the fetish for outsiderdom. Later in his career Smith played a lot of solo shows as Brother Danielson, often times encased in an extremely goofy tree costume worthy of a grade-school play. Nine different fruits hung from the tree, which just looked wacky until you learn that they represent the nine fruits of the spirit. As Smith somewhat impassively rattles these qualities off to a secular interviewerJoy, Peace, Self-ControlI realized that I would also like those things in my life, that I was not so different from Danielson in this, and that conforming to the Way Things Are, in commerce or my own quotidian consciousness, will not help those qualities to grow. By their fruits you should know them, and maybe you are not allowed to know in advance whether you are eating from the tree of original sin or the tree of originality itself.