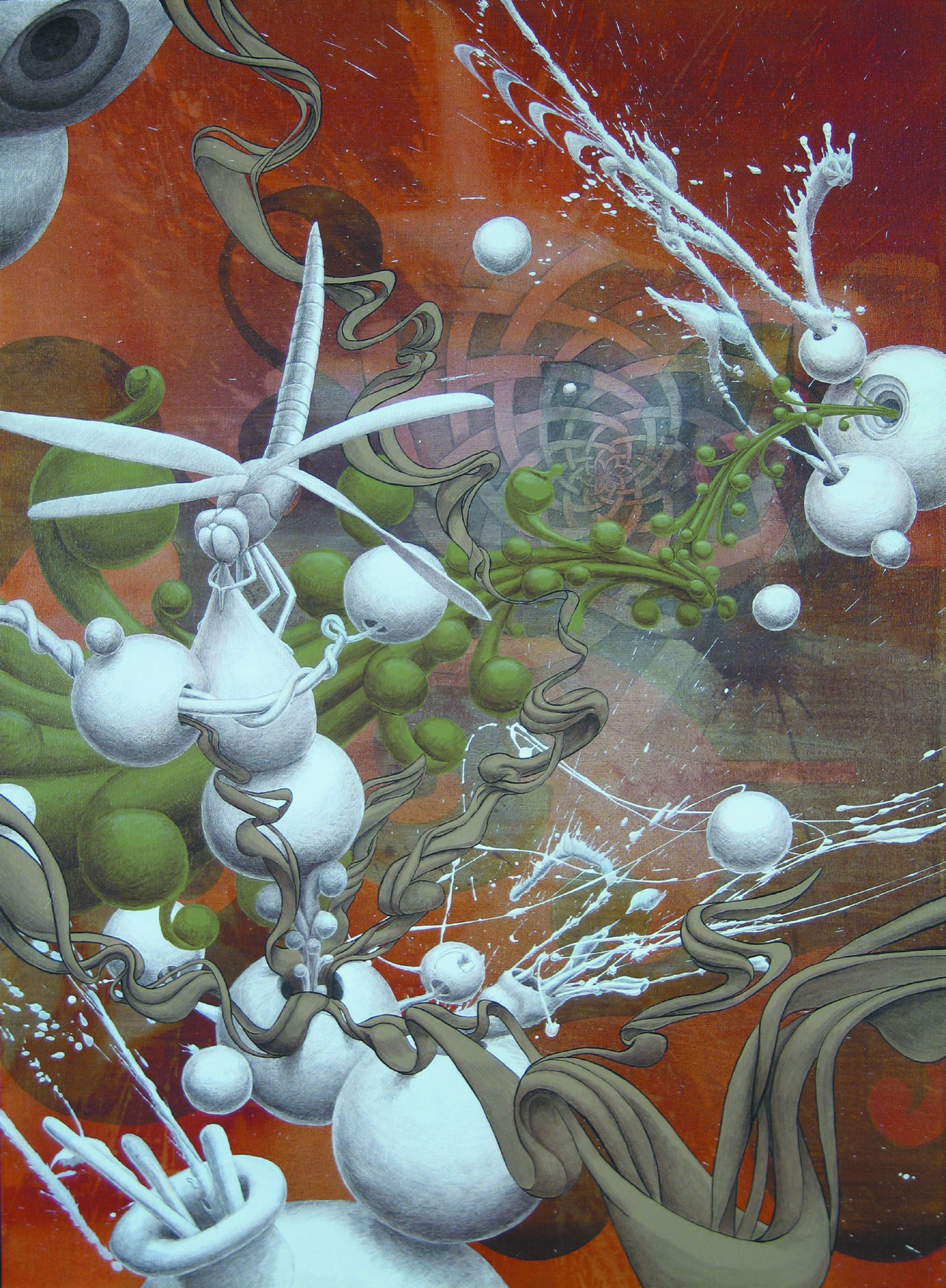 Originally appeared in the SFMOMA catalog for 010101: Art in Technological Times, 2001

In 1985, at an art school open house, I bumped into the scruffy, taciturn sculptor who served as the TA for my undergraduate drawing class. He asked me if I had ever heard of Jean Baudrillard. Then he slipped me the slim blue-black Semiotext(e) volume of Simulations, briefly glancing around as if he were handing over a vial of crack or a collection of truly scandalous pornography.

Which in a way he was. Unlike most of the theory The profs were shoving down our gullets, Baudrillard seduced, his profane illuminations injecting some of Neuromancer‘s cynical crackle into the dawning world of cybercrit. Though his inflationary videodrome rants become the model for what the media arts critic Peter Lunenfeld later attacked as “vapor theory,” Baudrillard was not just a theorist; his writings helped induce the hyperreality he described. His work announced that if thought was going to keep up with our galloping media void, it would have to go SF: speculative, techno-fetishist, even, in an utterly exhausted way, visionary.

Baudrillard’s most visionary image was implosion, his term for the structural, semiotic, and social collapse that undermines, among other things, traditional positions of social resistance and critique. Capitalism, following its explosive course over the last few centuries, reaches a turning point: having achieved hegemony over productive and symbolic forces, the system collapses in on itself, taking the real with it. Representation gives way to the simulacrum; meaning, to the code.

In astrophysics, implosion describes what happens when a massive star collapses into the dimensionless singularity that forms the heart of a black hole. In our world, implosion is most obviously catalyzed by the media, which dissolves the boundaries between sectors of the real, intensifying the feedback loops wherein signs and images, commodities and data, circulate through institutions and individuals. The speed and intensity of these flows erode traditional structures of knowledge, communication, and cultureindeed, they erode “structure” in general, giving way to a world of process and mutation. Expanding on McLuhan’s insights, Baudrillard argued that the media’s primary object of dissolution was the boundary between media and everything else: “There are no more media in the literal sense of the wordthat is, of a mediating power between one reality and another, between one state of the real and another.”

But this is just the beginning. The ouroboros of information flows finally feasts not only on the social but on time and space as well. This is where implosion phases into the apocalypticvoided of redemption, but no less absolute. Baudrillard’s haunting image of man as nothing more than a node, a passive switch channeling networks of influence, is but a morose inversion of the subject at the end of history, with the final revelation being a thousand screens and satellites. This media eschatology is not peculiar to Baudrillard. Marshall McLuhan already spoke of the immersive and all-consuming character of the electronic environment, which shattered linear rationality and opened up an endlessly echoing now. “Time and Space died yesterday,” Marinetti boasted decades before that in his Futurist Manifesto, recognizing that technology unleashes an almost alchemical transmutation of the real. “We already live in the absolute, because we have created eternal, omnipresent speed.”

With cyberpunk sneers and the ridiculous GAFF of Y2K behind us, we are justified in finding the apocalyptic strain of postmodern critique rather old news. Here is the future, all around us: genetic engineering, chaotic weather, global fads, cyborg implants, robots, personality-modification pills, information everywhere. It’s not a picnic, but it’s hardly dull or devoid of possiblity. The dominance of the simulacrum has not stopped the creativity of the cosmos, and while “we” may not make the future, the future is certainly being made. It begs us to join in.

It’s not that implosion was hogwash, the depleted fantasy of a dystopian philosopher without a hacker’s bone in his body. Instead, we may have stumbled on the most hushed of eschatological secrets: that the apocalypse already happened. In other words, the implosion has occurred, or at least already begun, and yet life still demands to be lived, even if we are now posthumans living it.

After all, implosion is not just a structural processit is subjective, phenomenological. Where else do time and space break down but in the body of a perceiver? If implosion has any validity at alland surely it does, if only as an inflated allegory of speed and technocapitalist convergencethen we will feel it in our nervous systems, if not our bones. “I was an infinitely hot and dense dot,” Mark Leyner tells us. We get to find out what this feels like. Intimations of the infinitesimal, as when you can no longer tell the difference between Times Square and Shibuya, or when all airports fuse into one, or when your wireless data device, rather than unleashing your inner nomad, reduces your physical movement through space to a shadowy projection of an incorporeal matrix. Today’s music collapses into dimensionless data files; the new dollar bills are tattooed with molecular print; and micro-targeted marketing mechanisms reflect you back to yourself, everywhere you turn. Implosion, the feedback of free-fall fusion, is the insistent overtone of contemporary experience.

So are we condemned to the frozen pessimism of too-late capitalist critique? I don’t believe so. Far from dampening the powers of emergence, the supposed reign of the simulacrum has simply introduced new dimensions into the fabric of space-time. The black hole is not A chaos; it has structure and pattern. Today is also a time of intertwining, where elements of the real link and draw together, while patterns of resemblance echo across scale and milieu. Implosion shifts the center, evacuates substance, but does not destroy the productive possibilities of organization and design. Implosion is not just collapse; alongside it, or perhaps identified with it, there is recombination. So everywhere you turn you find networks of linkages, proliferating between domains previously estranged: philosophy, photons, market indexes, prana, microfibers, neurotransmitters, quanta, beats. These linkages suggest invisible exchanges, points of resonance, shared unfoldings that draw the mind into the heart of the matter, bringing it all back home.

This sense of secret sharing helps explain the growing desire to transcode the real, as when one signal source (Web traffic, a trumpet, the rate of rainforest loss) is translated into data that mutates into another form (3D models, machine rhythms, articulations of a robot arm). What exactly happens in these events? Are the patterns and affects suggested by such processes part of the world, or simply artifacts of the criteria of translation? This ancient problemis the form in the world or the eye?suspends itself in the new operations of the transcoding mix, which makes the phenomena it describes. The nodes around usthe nodes that we areare not passive switches, but grow in strength and insight through their range of materials, the nature and novelty of their connections and mutual exchanges. Cosmic eros is not exhausted, and implosion may only be a media-induced hallucination of an emerging nest of integration.