Erik Davis
Music
• 17 years ago
publish
Check it out

A review of The Ghost Orchid> and electromagnetic voice phenomena 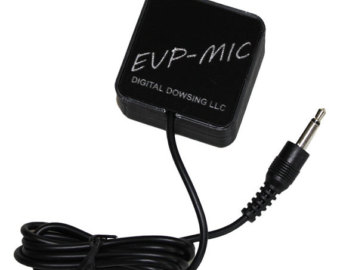 From the moment that human beings started communicating with electrical and electromagnetic signals, the ether has been a spooky place. Four years after Samuel Morse strung up his first telegraph wire in 1844, two young girls in upstate New York kick-started Spiritualism, a massively popular occult religion which attempted to fuse science and seance. One of the movement’s main newspapers was called “The Celestial Telegraph,” and many of the spirits contacted by mediums were electricity geeks. Totally legit scientists like Thomas Edison, the radiographer Sir Oliver Lodge, and Sir William Crookes (inventor of the cathode ray tube you are probably reading this on) all suspected that spirits were real and that the afterlife was electromagnetic in nature. Edison even built a device to communicate directly with the dead.

Now, you may think that this ghoulish dial-tweaking has gone the way of the dousing rod, but electromagnetic spiritualism is alive and well (so is the dousing rod, but that’s another story). Today aficionados call it Electronic Voice Phenomena, or EVP, and Ash International has just released the first CD devoted to EVP, an import-only disc called The Ghost Orchid. According to the copious notes included with the disc, the first official EVP recording was made in the late 1950s by Friedrich Jurgenson, a Swedish spiritualist who listened to a magnetic recording he’d made of twittering birds and heard strange humanoid voices appearing out of nowhere. In the 1960s, Konstantin Raudive made tens of thousands of similar tapes, all featuring unexplainable voices that intruded into radio broadcasts and other signals. According to one article in The Ghost Orchid, Raudive also “continued to aid research by communicating himself after he had died.”

So what do these voices sound like? Some are polyglot mixtures of languages, others sing, others just bark garbled or surrealistic phrases like “dead machines” and “We can see Edith by radio,” some of which apparently refer directly to the experimenter. Unfortunately, hearing these snippets here can be rather underwhelming. Listening to a CD just ain’t the same as rewinding a freshly made magnetic tape and feeling the hairs raise on your skin, because we as listeners don’t hear anomalous intrusions — we just hear voices. It’s like listening to another person describe some synchronicity they experienced; often, the subjective flash of numinous weirdness that surrounds such events is utterly lost. On The Ghost Orchid, this problem is only heightened by an earnest German fellow who regularly butts in in order to explain what we are about to hear.

One thing’s for sure: these creepy and somewhat goofy voices sure don’t sound like your Gramma, let alone the angels or ETs that some proponents embrace as the most likely explanation for the phenomena. But today a more skeptical or “subjectivist” breed of paranormal Heisenbergs are stepping up to the plate. Rejecting the belief that the voices are objective evidence of spirits, these folks chalk up EVP to the mind of the experimenter, though they differ on the exact mechanism involved. Some believe that researchers use some unexplained psychic power to charge tapes with their own mental vibrations, while others see the voices as aural Rorschach blots — the sonic equivalent of seeing faces in clouds.

Once EVP researchers free themselves from the musty axioms of Spiritualism, they often come to discover that eerie chatter can be squeezed out of all sorts of non-radio sources, including digitally merged soundfiles and commercial prerecorded material. One group took a CD recording of Donizetti’s Le Fille de Regiment, superimposed two reversed random sections from the opera and…Voila! Weird German mumblings from beyond.

Like the Ouija board, EVP is at heart a DIY affair, especially now that computers have given us studios-in-a-box. EVP may become the occult hobby for sample fiends and electronica home-brewers everywhere, and The Ghost Orchid assures us that some of these voices have already appeared on obscure digital tracks. Interestingly, one of the most important requirements for good EVP is the presence of noise: a distorted channel, interference, echo, superimposition. In other words, all the active elements of our current hip-hop/dub mixology are designed to receive these spectral messages. No wonder the stuff can put you into another world.