Doing What I Wilt 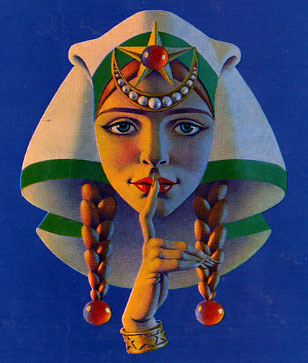 Last weekend, J and I spent a marvelously rainy few days visiting Pantheacon, a large pagan/magick gathering held every February in an ancient, moss-encrusted tower keep in San Jose called the Doubletree Inn, which lies on the jasmine-scented banks of the 101 freeway, surrounded by the standing stones of office parks.

Many moons ago, I got moderately deep into the East Coast pagan scene, though more as a participant-observer than a full-on practitioner. Since then, I have drifted away from the scene, and have not been to a large, specifically “pagan” gathering for many years. (Burning Man does not at all count!) Pantheacon, which is large, venerable and—heh heh—“Catholic” in its composition (Wiccans, Heathens, Thelemites, etc.), provided a great opportunity to sample the scene and to see how it, and more importantly I, had changed since the days I first attended Starwood or the various West Coast gatherings held by the Reclaiming Collective or the Church of All Worlds back in the day. Or my day anyway.

It was a very familiar world to me, radiating a comforting otherness that I eased into without resistance, though with a characteristic and somewhat wearisome anthropologist’s eye. The clothes, the body types, the mannerisms, the brusque humor and goofy geekery that similarly mark SF fandom and the fetish scene—all bespoke a parallel world, or, more accurately, a collective desire to construct a parallel world. This has always seemed to me to be one of our more noble imaginative operations, and one not unlike magic—the spell of subculture. This familiarity seemed at once a sign of strength—this is a scene with legs, however hairy—and inertia, especially given what seemed to be a relatively small number of attendees in their teens and twenties. But despite the grey beards and the magnificent number of spreading waist-lines, the scene seemed vital, engaged, and playful enough to balance out the portentious poses struck by so many mages and priestesses.

I was pretty demoralized by most of the wares in the vendor area, whose ritual implements, t-shirts, and jewelry were marked by a degree of religious kitsch that easily matched, say, Catholic chachka shops in Rome. (I make exception for the book stalls of course, including the one that furnished the Dion Fortune book I purchased for the admittedly kitschy esoteric spunk of the above image.) At the same time, I reminded myself that Neo-paganism is in many ways a postmodern form of a “folk” religion, and kitsch can serve to realize and concretize certain common denominators of imaginative desire. I, too, am moved by wolves and moonlit maidens and old men with pointy hats—just not these wolves and moonlit maidens and old men with pointy hats.

Of course, most scenes seem pretty generic in the main. Pantheacon also drew an impressive number of fascinating speakers, sharp conversationalists, and excellent partiers. For one talk, Southern California mage Lon Milo DuQuette played some amusing Thelemite folk tunes as he deconstructed the difference between Low and High magic, and brought me one step closer to understanding “Love is the law, love under will.” (Or maybe I am just ensorcelled.) I also attended an informative talk on the evolution of the creepy Egyptian god Set, which was as informative for the icky-sticky, staff-wielding, crimson-draped crowd it drew as for the talk itself. Sadly, the Lurker at the Threshold (ie, befuddlement) prevented me from attending a reportedly great talk on the Holy Guardian Angel, one of the most sublime thought-forms in ceremonial magic.

Needless to say, the real action was in the hospitality suites and nighttime parties (not to mention whatever esoteric inductions go down behind closed doors). The highpoint here was definitely the “Machine/Magick Ritual” held in the suite hosted by the Open Source Order of the Golden Dawn, a Thelema-flavored ceremonial order which had earlier managed to present a public ritual that was both solemn and silly enough to warrant the truly demented designs of the hotel carpets. The Machine/Magick Ritual was led by occult author John Michael Greer, a whipsmart and congenial archdruid with a 19th century beard and a fetish for anachronistic occult technologies. The particularly technology for the evening was a Hieronymus Radionics Machine, which takes its place in the menagerie of machines and devices, stretching back through Wilhelm Reich, Albert Abrams, and Anton Mesmer, that tap and transmit an imponderable “energy” which lingers on the edge of some sort of bio-electromagnetism but refuses to resolve itself as a physical force. In fact, some Hieronymus machines actually substitute hand-drawn diagrams for circuits—the ultimate “metaphorical machine.”

Suitably dressed in a white lab coat, and accompanied by a live theremin performance from a long-haired pal, Greer used his home-built machine to transmit frequencies assigned to the seven chakras by Mr. Hieronymus himself, who began his career as a legitimate electrical engineer and then strayed into the fields of the weird, though the hard-headed John Campbell himself was a believer. For the ritual, the twenty or so folks crowded in the room held hands, so that a single circuit was established with the two leads from the machine. Some charkas—notably the erotic second—cleared in moments, while others—the crown—were obstructed. For his close, Greer flooded all the chakra frequencies at once, and I felt quite obvious waves of “energy” coursing through me, the sort of faerie vibrations I am familiar with through yoga, meditation, and, well, getting high.

The spookiest thing that happened to me during the weekend did not, however, go down until breakfast the next morning. As I was poking at a truly horrendous pancake, J’s iPhone rang with the unique ring assigned to me. As she answered the phone, which showed a call coming from my phone, I thought: “Wow I must have misplaced my phone, and someone redialed the last number called.” As I started patting my pockets, J listened to the phone and heard a voice say “Miao,” like a cat. She then said “Hello,” and the voice answered “hello,” and then, she thinks, miaoed again. (We have one friend who miaos on the phone sometimes, but she denied placing any calls.) Meanwhile I had discovered that I did indeed have my phone—a flip-phone that was still closed in my backpocket, and lacking any external button that might have automatically dialed her phone. I opened the device, and of course discovered that the phone was already engaged with J’s iPhone. When I put the phone to my ear, the mysterious voice disappeared.

Although definitely one of the more anomalous technological oddities I have experienced—and I have experienced a number—I did not get the shivers I associate with the truly uncanny. Instead, I felt as if reality itself, or at least the technological archons who mediate and control so much of our reality these days, had played a sleight-of-hand trick—utterly confounding but still technically comprehensible, if only we could see through the veil.