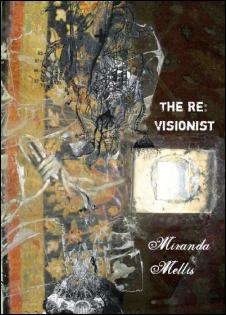 Usually I am too loaded up with philosophy, SF, esoterica, and novels by dead white malesnot to mention embodied life and its attendant existential crisesto get around to small-press literature, which, like everything else these days, is a Whole Damn World. Then I met Miranda Mellis, who is one of the editors of the Encyclopedia Project, a collaborative collection of definitions, images, stories and crazy etymologies created by a host of poets, artists, and experimental writers. The first volume, which ranges from A to E, includes sections like Denouément and Erzulie. Miranda invited me to contribute to the second volume, a flattering invitation I accepted and then proved incapable of fulfilling (I blame the dreaded Sloth, or perhaps, the Real Gig that is now thankfully almost over). Then Miranda told me about her latest book, a lyrical and unsettling post-apocalyptic novella called The Revisionist. I bought it, read it, and its dreamlike tendrils almost instantly compelled me to immediately read it again.

The revisionist in question, who largely narrates the story, conducts surveillance on the weather from a lighthouse and then issues falsely glowing reports. Early on she spies the nuclear blast that merely concretizes the flattening of affect and meaning that is Mellis’ true subject. A host of hypnogogic images and half fables and delicate cognitive snapshots populate this slim volume, as if George Saunders was dreaming of Brautigan doing puppet theatre or something. An old woman vomits her bloody prayers onto the carpet; a guy digs a hole in the chips aisle of a convenience store in order to bury his shit, and then gleefully videotapes a robbery. It is a world where mutations have replaced transformations, where you lick and seal envelopes to help prevent the apocalypse, where kids only hear their grandma’s stories “as text and/or some form of either marketable or unmarketable object.” Where trauma is sold or simply forgotten.

Mellis’s words, generally packaged in stand-alone paragraphs that gently collide with their neighbors like soap bubbles, are at once limpid, wry, and abstract. “Inherited ambitions distracted people from the surreal encroachment of death. Some suspected they did not know their true desires. They were entrenched in so many contracts it would take the dexterity of a contortionist to escape.” Mellis seems understandably saddened by things but not moralistic, and long past the tears. But though The Revisionist comes from a place of quiet grief, its dada is also charming. Imagination and intuition still stitch and weave the void. At one point a girl and a rag-doll man, who she initially mistakes for a giant conch, share “the camaraderie of two marooned astronauts, their salvation, at the last hour, catalyzed by a series of events whose effects may be described at oncewithout any temporal contradictionas both predestined and accidental.”

The Revisionist is published by , a small press that makes “book objects” heavy with images. They also publish the magazine Sleeping Fish, which features tons of “visual poetry,” a genre that I guess applies to The Revisionist although Mellis is writing prose. Derek White did the gorgeous cover and the playful and densely scrawled diagrams inside. Unfortunately these drawings are not reproduced as crisply as you would like, but they are still plenty nifty, like little cupped hands that echo and amplify the bell that tolls, gently but implacably, throughout this novella.