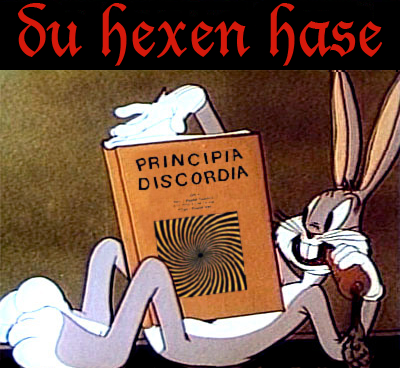 The introduction to a 1996 issue of Fringeware Review devoted to “Chaos Spirituality,” co-edited by Erik Davis and Spiros Antonopoulos

Chaos stirs. Its fragment signs, millinery filigrees, and guttural moans are everywhere — in the collapsing nation-state, in the ferocious world market, in the damaged matrix of the biosphere, in your communications devices, and even in the plain old ordinary sense that nothing is plain, old, or ordinary any more.

Paradoxically, it was science, that last bastion of reason and order, that planted chaos anew in our heads. The new field (actually, a set of related and overlapping interdisciplinary fields) arrived with revolutionary fervor. Chaos science glimpsed the shadow of an abstract dance within apparently random turbulence, a movement in virtual phase space which sketched the flux of dripping faucets, heartbeats, and smoke. Suggesting the infinitely nested grooves of nature, fractals like the Mandelbrot set revealed a realm of mathematical objects that were both holistic and perpetually fractured. Kinda like us. Indeed, some of us recognized these Paisley arabesques from our most intimate forays into psychedelic chaos, and brazenly claimed them as sigils of the endlessly exfoliating plateaus of chemical wisdom. The florid rainbow colors that the PhDs used to represent the widely disparate behaviors of numbers in computer-generated fractal sets were just a tie-dyed bonus.

As the engines of postmodern perception, computers not only helped birth the new science, but produced a fundamental mutation in scientific style: away from reductionist and strictly causal explanations toward global modeling, experimental mathematics, and large-scale simulations of complex systems. Chaos thus allowed a careful reintroduction of the intuitions that had guided vitalists and other entelechy geeks for centuries as they waged a losing battle against mechanism and tight-assed reductionism. Everything became a complex system, a dissipative structure, manifesting the subtle magic of emergence: population dynamics, planetary orbits, the beloved marketplace, your brain. A digital whiff of spirit.

Many of us outside the labs fell in love with emergent behavior as well, and found our lover everywhere. A small publishing industry was born in the wake of James Gleick’s Chaos, and chaos threatened to usurp quantum physics as the science of choice for speculative acid ramblers and mystical pseudo-scientists everywhere. Rationalists rightly cringed, but those of us who spelunk the spongy clefts between the brain’s left and right hemispheres just smiled and drank it in.

A few dullards insisted that all this pop cult hoopla would have been nipped in the bud if James Yorke had followed the advise of more sober colleagues in 1975 and not named the curious mathematical behavior he had discovered after Hesiod’s Goddess of the watery void. After all, chaos means disorder, and chaos science concerned itself with determinist disorder — that is, disorder according to plan. This is science after all, which for all its visions and and machines and mathematical monsters, still boils down to control.

But if we let ourselves fall backwards through that watery void of myth, a bungie jump into the ravenous dark, we find that the question of whether chaos is order or disorder, an amorphous horror or a secret informing structure, lies at the very beginnings of culture. When humans first found themselves encased inside a fabricated world-view somehow set apart from the buzzing matrix of nature, they took a number of very different mythic snapshots of the bountiful chaos they were leaving behind.

Ancient Mesopotamia provides our first polaroid. In the Enuma elish, Marduk, the patron hero of the ascendent city-state of Babylon, kills Tiamat, the old goddess of primal chaos. With her corpse he arranges the heavens, fixing the stars and constellations. Then he proclaims himself king and creates humans so the gods don’t have to work anymore. Marduk represents the phallic thrust of the emergent State, with its grid-works and scripts, monarch worship and freshly-chiselled tablets of divine Law. From this point on, the State would demonize the ancient matrix from which it emerged, and which always threatens to engulf it again in waves of atavism and anarchy.

Babylonians, Egyptians, and Greeks all acknowledged the primal dragon of Chaos even as the gods of their civilizations felt compelled to kill the beast. Christianity tried to erase the goddess altogether. That’s why the Church decided that God created the world ex nihilo, from nothing at all. But you can still smell the briny spew of the primal goddess in the formless, watery void that opens Genesis and distinctly echoes the older Babylonian myth.

From that point on, all those forces fueled by Chaos — useless inertia, frenzied turbulence, feminine magic, the primal body-without-organs — could be found only in the demonic shadows of Church and State. For today’s chaos magicians, who continue the work of the great Austin Osman Spare in stripping away the barnacles of booklearning from the raw, atavistic heart of primal magic, the Paleolithic path lies through the outer dark. Don’t be fooled by peaceful Pagan eco-feminists: Tiamat fought Marduk with venomous serpents, mad dogs, and scorpion-men, and our reborn Goddess is as much Cthulhu as Earth Mom.

The dragon of Chaos wore a far more honorable face in the East, where it was known as the Tao. For ancient sages like Chuang-Tzu, the subtle order of natural chaos was rich and bountiful compared to the bankrupt legalism and moralistic strictures of Confucian civilization — which paradoxically produced the very disorder it wanted to suppress. The Taoists felt that only by tearing down the State of things — including ordinary consciousness — could we return to the golden age, the mixed-up harmony symbolized by the wonton (which derives from Mr. Hun-tun, Chuang-Tzu’s lord of chaos). If these anarchic dreams could not be realized in society — as Lao Tzu hoped to do — than at least they could be realized in the body, through spiritual and physical practices that would open up the spontaneous chaos within.

Taoism’s this-worldly embrace of natural chaos fed into the buddha-killing antics and instant samadhi of Zen Buddhism, the first nondualistic Eastern path to be embraced by Western hipsters. In Beat Zen and the later “holy madness” strains of yogic nondualism, mental and moral distinctions were suspect, and the total range of mind and life were open to the tantric embrace. But while crazy gurus like Chogyam Trungpa and Bhagwan Shree Rajneesh wrote mind-blasting works of chaos wisdom, the communities that grew around them often degenerated into manipulative and authoritarian hippie bummers.

Around the same time, the avant-garde freaks of the psychedelic counterculture scoured through the world’s wisdom traditions while making mince-meat of all received truths. Rather than disguise the half-baked absurdity of trying to discover spiritual truths in the age of Saran-Wrap, space flights, and macrame, a few freaks began to proclaim that the whole glorious postmodern mess was itself the goofball revelation. The Principia Discordia, the Illuminatus! trilogy, and Dr. Tim’s inspired starseed technovisions all laid down this eclectic, hilarious, and skeptical anti-doctrine of bohemian chaos. This anarchic spiritual style went on to influence the Church of the Subgenius, the Pagan hardwiring of fringe computer culture, and today’s more focussed and informed shamanic revival.

Chaos has many faces, but they are all masks, and it is we who have fashioned them — as Chuang Tzu reminds us with his famous tale. The emperors Shu (Brief) and Hu (Sudden) wanted to repay the kindness of Mr. Hun-tun (Chaos), and they realized that while everyone else has openings in order to see, hear, eat (and presumably shit), Hun-tun had none. So they bored holes into him, organized his face — his body-without-organs — and so he died. The rants, jokes, revelations, and critiques you’re about to read don’t want to believe that ending. Instead, they dance around Mr. Hun-tun’s scatter-shot holes, or map them, or just dive right in, where they just might find the dragon alive and well and ready to return.