Erik Davis
Offline Archive
• 10 years ago
publish
Check it out

Cool books for you 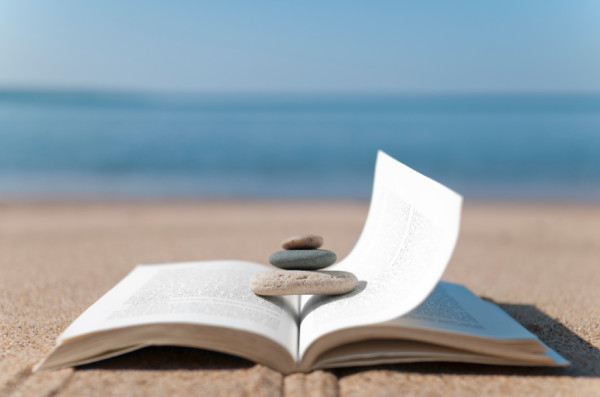 My contributions to Roy Christopher’s great yearly gathering of lists. Look at the rest here

For the last year, I have been part of the editorial team preparing a rather mammoth edited selection of Philip K. Dick’s largely unpublished Exegesis that should come out in late Fall from HMH. So most of my summer reading is a marathon swim through Dick’s dense, wonderful, insightful, disturbing, boring, and deeply bizarre explorations of metaphysics, cybernetics, madness, mysticism, and God. It is an exhilarating and exhausting project to work on, but the material, for all its eccentricities, seems strangely timely, and I expect it may have the resonance of the Red Book when it appears (it even has lots of great diagrams and metaphysical doodles.) That said, the tome will only represent something like a tenth of the whole document, so this grail for the PKD nuts out there will remain half empty—which is probably just as well, since the desire for revelation is as revelatory as revelation itself, maybe more so.

David Kaiser’s How the Hippies Saved Physics is a fabulous social and science history about the relationship between consciousness culture, philosophy and physics in the 1970s. He shows how the “big picture” questions initially stirred up by the confounding weirdness of quantum physics were lost in the pragmatic postwar world until a countercultural crew of freak physicists, quantum philosophers, meditators, paranormal aficionados, and speculative no-longer-materialists delved into the weirdest of the weird. Without a hint of snark, Kaiser tells the counter-cultural tales of figures like Jack Sarfatti, Fred Alan Wolf, and Nick Herbert, and books like Capra’s Tao of Physics. Science-wise, the heart of his story is Bell’s Theorem, whose deeply mindfucking argument for quantum nonlocality—that particles separated at birth can somehow “know” the state of their superposition twins through what is essentially some “faster than light” process or medium linking discrete spacetime reference points—became, for the hippies, a ground for a scientific understanding of all sorts of psi phenomena and hardcore mystical states. Along the way, though, they revived the philosophical issues surrounding quantum reality, which paradoxically are starting to bear practical fruit today, when Bell’s Theorem is a mainstay of quantum information science and esoteric cryptography.

Kaiser is a great science writer, not so much because he is good at describing quantum weirdness (he is, but so are other popular writers, including some of the folks—like Fred Alan Wolf—that he is writing about here). Kaiser is a great science writer because without sounding like the academic he is, his approach is deeply and successfully informed by historical and sociological methods of understanding how science happens: how ideas grow, propagate, and twist their way through changing historical scenes, especially scenes related to institutions, publications, networks of colleagues, and funding sources. And in the 1970s Bay Area, this productive social matrix got seriously strange, with alternative institutions, tech millionaires, and a visionary culture of interdisciplinary research infused with psychedelics, mysticism, and paranormal explorations. The quantum (meta)physical engagement with the nature of “consciousness” leads to some silly New Age science for sure (some of which we can blame on these folks) but it also asks us to really follow through the implications of quantum physics and to recognize how little we understand consciousness—and particularly the possibilities of “expanded consciousness.”

Along the lines of the technology of expanded consciousness, I have often gotten a lot out of Ivo Quartiroli’s posts on his indranet blog – intelligent, critical, but calmly expressed concerns about online culture and consciousness from the perspective of a programmer nerd who is also a hardcore meditator and intelligent spiritual seeker. His new book The Digitally Divided Self is a kind of tech-nerd mystic’s version of Nicholas Carr’s The Shallows, where some of the familiar (and not so familiar) concerns about the effect of the Internet on our brains, minds, bodies, and selves (including lots of research) are shot through with a bracing spiritual critique grounded in what one might call “post-rational” states of consciousness and experience. The philosophical language (around “reality” let’s say) is sometimes too simple, and he slips into some rote neo-Luddism at times, but this is very solid technology critique that takes the possibilities of spiritual practice very seriously—including the possibility that the training of attention through meditation may provide exactly what we need to dodge the dubious fate of becoming servo-mechanisms of the hive mind and manipulative networks of influence and distraction. Though it could have gone through another few rounds of editing, Ivo’s voice—concerned, compassionate, incisive, non-judgmental—is a unique and powerful one. Not a jeremiad, but a dharma combat.

Speaking of post-rational states of consciousness, I am incredibly happy to finally be reading Phil Baker’s Austin Osman Spare: The Life and Legend of London’s Lost Artist, the first book-length biography about the legendary occultist and fine artist, who was born in 1886 and died in the 50s. Spare is a fascinating fellow. As an artist, he transformed the aesthetic vibe of Beardsley-esque decadence into a unique and under-appreciated body of work (paintings, drawings, and amazing portraiture) that manages to be at once elegant, haunting, and deranged—the latter element at times reminiscent of Bacon. Moreover, Spare is arguably the most important—and almost certainly the most storied—British occultist after Crowley. His ideas and practices, highly idiosyncratic and deeply interfused with his remarkable artistic productions (especially his sigil magic), built a modernist bridge between the Edwardian culture of pseudo-traditionalist occult lore and a more Freudian, avant-garde, and psychologically radical embrace of the abject, the erotic, the unconscious—a bridge that makes him the godfather of chaos magic. Baker is a wonderful writer, careful, intelligent and tart. He also knows his London, and the Spare that emerges in his portrayal is very much an avatar of that unique and ancient town: humble Cockney beginnings, the bright years as a smoldering wunderkind, and then a long plunge into poverty, obscurity, and a deep weirdness that brought him in touch with Kenneth Grant, to whom we owe some of Spare’s legend. Spare emerges as an almost Blakean character, a visionary Londoner whose poverty could not keep the visions at bay.