The Atmosphere of Heaven

The universe is made of thoughts 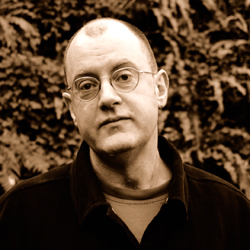 The Atmosphere of Heaven, Mike Jay’s latest book of hard-as-nails history of consciousness, tells the curious story of the Pneumatic Institution, a somewhat heretical outpost of British medical exploration where chemistry, poetry, and Jacobin politics crossed. Researchers at the Institution, founded at the close of the eighteenth century by the clearly excellent Thomas Beddoes, had the good fortune and cleverness to discover, at the turn of the nineteenth century, the giddy metaphysical glee of sucking down bags of nitrous oxide. Jay enlivens his story with well-drawn characters—including Samuel Coleridge, the brilliant Humphry Davy, and the very fat and lovable Dr. Beddoes—while the economic, political, and philosophical turbulence of the time is almost too vividly invoked. Indeed, though Jay’s exacting assessment of the era’s struggles with tyranny, recession, war, and the deflation of liberty curtail some of the book’s escapist potential, these contemporary shudders are somewhat compensated by the modestly comforting realization that, at least as far as modernity goes, it was ever thus.

Jay is a well-established British historian of madness, psychiatry, and drugs. The Air Loom Gang (even now lurching its way toward cinematic realization) tells the story of the poor chap who suffered the world’s first paranoid delusion of an “influencing machine,” while Jay’s Emperors of Dreams is a classic overview of psychoactive use in the nineteenth century, and includes some amazing tales about mass ether binges in the American sticks. The Atmosphere of Heaven, published by Oxford University Press, is Jay’s most exacting and thorough work, a successful bid for scholarly heft. Luckily, Jay has maintained his narrative flare and rich descriptive language as he makes his way through the science, politics, philosophy, and personalities of the age.

I was initially disappointed to discover that the nitrous oxide story was largely restricted to a single chapter—appropriately called “Wild Gas.” But the rich multi-threaded tale of Beddoes’ dream of pneumatic medicine not only sets the stage for the emergence of laughing gas, but deepens our appreciation for how such mind-blowing and novel states of consciousness enter into history, opening up its possibilities and reflecting its constraints. What is it like to take a drug before it is “a drug”? Jay shows, for example, that Davy’s well-known nitrous-fueled conclusion about the nature of reality—“Nothing exists but thoughts!”—not only arises from the twenty-plus quarts of the gas he imbibed, but from the sublime poetics and German idealism of his cultural milieu.

Being real history rather than scientific pufery, the story of The Atmosphere of Heaven is ultimately about disappointment. Though Davy went on to a brilliant career, Beddoes’ dream for a gasified medicine capable of banishing consumption and other serious diseases unraveled. Even the most medically useful aspect of nitrous—its anesthetic properties—was barely noted amidst the wild research parties thrown by the compulsively bag-sucking Davy. But these investigations were epochal in other ways. With their blend of hedonism, investigation, and absurdity, the Pneumatic gatherings suggest the Western world’s first drug subculture, a distant ancestor of the psychonaut crews who trade notes on Erowid today.

Towards the end of the book, Jay notes that the course of the Pneumatic Institute itself was not unlike the effects of a good lungful of nitrous: “a racing of the pulse as the excitation began to take hold, building to a thrilling sense of imminent revelation as it reached its peak, before the air-bag deflated and the vision receded as quickly as it had arrived, leaving only tantalizing shards impossible to assemble with any conviction, and a chorus of raspberries from the assembled spectators.” The same, of course, could almost be said of history itself, and certainly its recent western version, whose radical hopes and undeniable genius for discovery and invention nonetheless fizzle in the face of time and the inevitable exhale of darker historical forces. But though we may all be left holding the bag, that’s no reason not to inhale in the first place.

I will be interviewing Mike Jay on Expanding Mind, which streams live Thursday, July 23 at 2pm EST, on www.progressiveradionetwork.com.