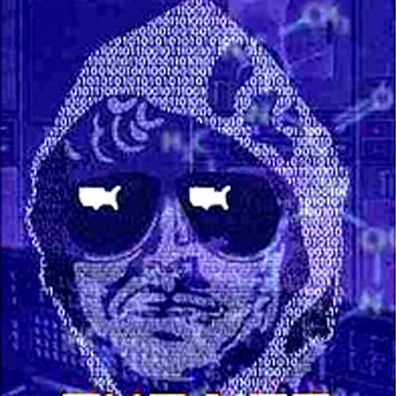 Though its too short on rants to have anything like the impact of Fahrenheit 9/11 or An Inconvenient Truth, Lutz Dammbecks 2003 film The Net ( Other Cinema Digital) deserves a wide audience, especially among those who, like me, are drawn to the twisty ties that link contemporary technology to the countercultural experiments of the 1960s and 70s. A painter and filmmaker from East Germany, Dammbeck became obsessed with studying the Unabomber years ago, and his film follows the serpentine course of his research as it takes him into the hidden wiring of contemporary consciousness. Less an assemblage of facts and stories than an associational network, Dammbecks doc suggests that our global, multicultural identitiesthat sense that our personalities are marked by pluralism and constant playmay have been intentionally engineered during the technological ramp-up of the postwar world.

There are two main threads of Dammbecks tale. One takes on the Unabomber, his life and motivations and present thoughts. Dammbeck begins by asking the simple question: why would Ted Kaczynski, a boy-genius Harvard-educated math wiz, become a neo-Luddite and ultimately a murderous mailer of bombs? Dammbeck paints a relatively sympathetic portrait of this very strange terrorist. This portrait includes fascinating if controversial claims about Kaczynskis brief career as a guinea pig in personality stress experiments run by an ex-OSS/CIA researcher at Harvardexperiments that some believe may have pushed the young man over the edge.

Dammbeck wrote letters to Kaczynski, and though the recluse refused to meet with the artist, he did respond to the letters from his cell in Florence, Colorados brutal ADX federal prison. In his letters, Kaczynskiwho still denies being the Unabombercomes off as a sad, thoughtful man with the know-it-all arrogance of an isolated autodidact who nonetheless packs a considerable prophetic punch. Would you like it if people lived in a virtual world? he asks Dammbeck. If machines were smarter than people? If in the future people, animals and plants were products of technology? If you dont like these ideas, then for you the computer and biological sciences clearly are dangerous. This is very simple, and bears no relation to morality

Along with exploring the origins of the Unabomber, Dammbeck asks another, more amorphous question: how did the avant-garde ideas of the 1960s, which stressed open systems, improvisation, and the loops between consciousness and media, worm their way so snugly inside contemporary technological culture, all the way up to Web 2.0? To answer this question, Dammbeck outlines a secret basic pattern that connects Buckminster Fuller, LSD, the Merry Pranksters, the CIA, the Internet, Esalen, and the mutation of contemporary consciousness. The kernel of the pattern is cybernetics. Norbert Wiener developed the basic principles of cybernetics during World War II, later articulating them as a science of control and communication that applies equally to technological and biological systemsincluding you and me. As Dammbeck crisply puts it, cybernetics holds that the human mind does not so much reproduce or reflect reality as calculate it. Moreover, these reality engines calculate according to perceptual frameworks, cultural artifacts, and feedback loops that themselves are open to change and control.

Wieners ideas took off during the postwar era, when America realized it was king cheese in a world that, even fifty years ago, was going bonkers with technology, electronic media, and incipient globalization. In New York, the secret Macy Conferences, which gathered together elite scientists from many disciplines, explored cybernetics as a way to predict and control human behavior. One thing they wanted to prevent was the formation of what the Frankfurt School smarties Adorno and Horkheimer called, in an influential article the German expats wrote in California, The Authoritarian Personalitya totalitarian-friendly type that registered high numbers on the so-called F scale (F is for fascist, J is for jacks). To achieve this goal, Dammbeck implies, some nameless cabal decided that it would be good to destroy the traditional values that undergird the authoritarian personality. Instead they would try to make conditions of society and consciousness more fluid, at which point a post-nationalist, multicultural, and global citizen could take the stage. If Dammbecks implication seems a bit too strong, consider the goofy Lacanian philosopher Slavoj ieks crucial point: in the old days, the authoritarian Superego told us to Obey! Obey! Now the Superego has changed its tune, and commands us to Enjoy! Enjoy!

This cybernetic orientation becomes key to Dammbecks exploration of LSD, the Merry Pranksters, New Age spirituality, and the origins of the personal computer. Dammbeck interviews major players like John Brockman and Stewart Brand, who proclaims that the Acid Test was Ken Keseys alternative form of cybernetics. (This certainly holds true for Burning Man today.) In the interview, Brand, who created the term personal computer, claims that the countercultures open systems approach was its greatest gift to the emerging culture of media technology. What Dammbeck implies is that this spirit of mind-machine improvisation and constant reality hacking were in the cards from the get-go, and that our own hyperactive digital experimentalism is the echo of a deeper, and less playful game.

The paradox is that, in addition to launching the personal computer meme, Stewart Brand also founded the Whole Earth Catalog, which trumpeted the very same back-to-the-land ethos that led Ted Kaczynski to pull up his Berkeley stakes in 1971 and head for a primitive shack in Montana. In a sense, that shack tells the whole story. From the shaky, creepy video of Kaczynskis hermit hut that opens Dammbecks film (to the tune of the Grateful Deads Death Dont Have no Mercy), to the absurd news footage of the thing making its way to the courthouse in Sacramento, the Unabomber shack is our central icon of dilapidated refusal, a dystopian echo of David Thoreaus Arcadian hut in the tame wilds of Massachusetts. Brand implies that the hippies rural escapism was a dead end, and that only technology offers us a genuine way forward. But for Ted Kaczynski, isolation was the only escape from the demonic feedback loops of a technocultural experiment far more insane than he. Nurse, please! >