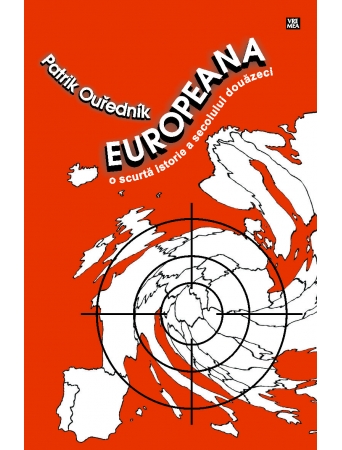 The last time I saw Dale Pendell, we got together to plan a weekend workshop that we are doing at the Ojai Foundation with some other cronies. Dale had just gotten back from the Czech Republic, where his hosts had pressed upon him the need to read Patrik Ouredník’s Europeana: A Brief History Of The Twentieth Century

, which Dale recommended and which I purchased immediately. It came out a couple of years ago in English, and it’s a gas. Grim, funny, curious, and wise, Ouredník compresses one hundred years of western history into 120 pages, a surreal chronicle of the most bizarre and violent century to date delivered with the voice of a bemused and occasionally acid alien anthropologist giving a rapid-fire report to the folks at home.

It’s all in there, or a lot of it anyway: Buchenwald and Barbie, the New Age and Freud, Scientology and sperm banks. If I was teaching high school history, this is what the kids would get. The various atrocities and absurdities of the great wars, including the cold one, get pride of place, but they deserve it, and even these oft-told tales take on a new, implacable light within Ouredník’s unsentimental but ultimately sympathetic account of the dark and slippery paradoxes of the times.

The final solution of the Jewish question was later called the Holocaust or Shoah, because the Jews said that it was not exactly genocide, but something else that went beyond genocide, something that went beyond human understanding, and they said that it was specific to the Jews, and lots of people had the feeling that the Jews were appropriating genocide and said that the victims of any genocide perceived their experience as something that went beyond human understanding, and that the Jews were confusing historical reality with its representation and so paradoxically they helped ensure that most people imagined the Holocaust like some dramatic scene from a film.

You can whiff the Eastern European black humor here, bubbling up in the deadpan delivery, at once cynical and fable-worthy, as well as the unstoppable awareness of the malleability of history and the ghost dance of its representation. At the same time, the “objectivity” Ouredník is partly mocking also slips in the back door. Striving to pack in various points of view, he winds up presenting a large number of perspectives and opinions as if they were themselves simply part of the record—which they are, at least from a certain point of view. Fact and perspective move, and move on. Ouredník can dip into the newspeak of Communism, the logic of eugenics, the cognitive earthquakes of Freud and physics, but he also understands New Age spirituality and countercultural erotics and the Internet and the posthuman condition, and he often packs his groks into a sentence or two.

Others said that…humanism had optimized man by making him responsible for his actions and that had been a great step forward. But more and more people considered that responsibility was out of date and that in reality it had already been replaced by efficiency and expediency. And the new man would not be responsible but efficient.

Given the monstrous horrors of the century, I suspect that many readers finish Europeana with a black dog nipping at their heels. But I actually felt my mind widen, like the consciousness expansion the New Agers describe, almost a joyful sense of the big picture, a joy that was more than pleasure in the irony, and had something to do with understanding how it all fit together. Despite the cynical undertow and the harrowing subject matter, the book is a wry and bracing exemplar of integral thought—a resonating, multi-perspectival, post-everything take on the nature of things. You keep saying yup, yeah, uh-huh, until you realize that he’s looking at all of it, or a lot of it anyway, and you are happy because for once you are not reading a fiction, at least in any of the normal ways.