Erik Davis
Moving Pictures
• 12 years ago
publish
Check it out 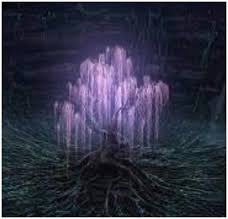 In paradoxical and altogether predictable terms, James Cameron’s ravishing Avatar sets a blue man group of mystically attuned forest dwellers against the aggressive and heartless exploitation that characterizes the military-industrial-media complex, with its virtual interfaces, biotech chimeras, and cyborg war machines. The paradox, of course, is that a version of this latter complex is responsible for delivering Camaron’s visions to us in the first place. To wit: before a recent screening of the film at the Metreon IMAX theater in San Francisco, we hapless begoggled ones were barraged with military ads, not to mention a triumphant techno-fetishist breakdown on the Imax technology that would soon transport us to the planet Pandora almost as thoroughly (and resonantly) as the handicapped jarhead Jake jacks into his computer-generated avatar body.

But those are behind the scenes ironies. With its floating Roger Deanscapes and hallucinogenic flora, the manifest world of Avatar instead spoke another truth: that the jungle pantheism that now pervades the psychoactive counterculture has gone thoroughly mainstream. Of course, noble savage narratives of ecological balance and shamanic wisdom have been haunting the Rousseau-mapped outback of the western mind for centuries. That said, Avatar represents some important twists in that basic tale. The most important of these is that the Na’vi’s nearly telepathic understanding of their environment is grounded not only in ritual, plant-lore, and that earnest seriousness that now afflicts PC Hollywood Indians, but in an organic communications network: the fibrous, animated, and vaguely repulsive pony-tail tentacles that not only allow the Na’vi to form direct control links with animals but also, through the optical filaments of the “Tree of Souls,” to commune with both ancestors and the Eywa, the biological spirit of the planet whose name resonates with Erda, our own Earth.

Call it ayahuasca lite. For while Avatar features nothing like the South American shaman lore and stupendous aya visuals that litter the otherwise very bad 2004 Western released here as Renegade, the film does suggest that the bitter jungle brew, and ideas of ecological wisdom now attached to it, is having a trickle-down effect. The banisteriopsis caapi vine that gives ayahuasca its name (though not its most hallucinogenic alkaloids) is also known as the “Vine of Souls,” which echoes the Na’vi’s Tree of Souls. And when Sigourney Weaver attempts to establish the efficacy of the Trees through a neurological discourse of electrical connection, the corporate tool Parker asks what she’s been smoking—a backhanded way of acknowledging how much Avatar’s visionary take on ecological consciousness is grounded in psychoactive consciousness.

After all, beyond a thriving and in many ways damaging ayahuasca tourist market in Brazil and Peru, clandestine aya circles manned by South American shamans and all manner of Euro-American facilitators are are now well established throughout the west. Among the professional creative classes who make up a sizable portion of West Coast seekers—for spirit and/or thrills—ayahuasca could almost be said to be mainstream. So it no longer matters whether Cameron or his animators have themselves drunk the tea; its active compounds are already swimming in the cultural water supply. Eco-futuristic dreams are now indistinguishable from the visionary potential of media technology itself. Indeed, whether you are talking form (ground-breaking 3D animation) or content (cyber-hippie wetdream decor), Cameron’s visual and technological rhetoric is impossible to disentangle from hallucinogenic experience.

OK, maybe I am the one smoking something. But if there is an aya-Avatar connection, it would explain one crucial way in which the film differs from conventional “noble savage” mysticism. Rather than ground the Na’vi’s grooviness in their folklore or spiritual purity, the film instead presents the vision of a direct and material communications link with the plant mind. Which means that Eywa (aka Aya) does not have to be believed—she can be experienced. After the temporary fusion with the Tree of Souls that fails to prevent her death, Weaver’s chain-smoking left-brain doctor happily confirms Ewya’s existence. Like the Vine of Souls now wending its way through the developed world, the Tree of Souls becomes a kind of bio-mystical media, a visionary communications matrix that uplinks the souls of the dead and the network mind of the ecosphere itself.