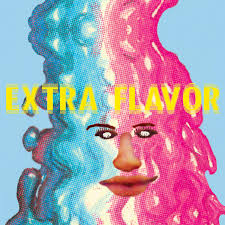 One nice thing about being whacked with sickness is being able to kick back and consume some of those media files so many of us postmillennial archivists spend our hours squirreling away for the proverbial rainy day. For me, two weeks of pneumonia’s approximation of rainy days meant a ton of DVDs down the gullet. Among those myriad hours of Ealing Studios comedies, revisionist Westerns, Janus films, a complete rewatch of The Lord of the Rings (plus appendixes) and far too many episodes of Lost, one of my favorite moments came in the documentary disc that accompanied La Strada. When asked what emotion or feeling nourished him the most, Fellini answered:

“Perhaps the attempt to recapture, to hear once more an utterance that’s been interrupted, repeated each time with a weaker and weaker voice, until I could no longer hear it. This feeling of grasping at the frayed ends of a broken string…straining to hear, with my ears and my heart, something that’s been nearly forgotten.”

This is a beautiful evocation of the creative work of memory as it strains to pick up signals from the oblivion that rings the sand castle islands of our lives. Fellini’s words reminded me how much creativity lies within nostalgia, an emotion or set of emotions too often written off as a soft-headed lament for a naively romanticized past. Certainly such can be the case, but nostalgia can also stage the creative invocation of precisely those sources of lifeof ideals, dreams, desiresthat show themselves most clearly and poetically in the rearview mirror of memory, as we hurtle forward into the brash and relentlessly narrowcasting Now.

These thoughts fluttered back when I found myself compulsively returning to the new Black Moth Super Rainbow recording, which is called Dandelion Gum. A five-piece psych outfit whose members sport aliases like Tobacco and Father Hummingbird, the group give the impression of living or at least recording in some rural shack but I suspect really come from Pittsburgh. (This recalls the Jack Gilbert line: “The village is not better than Pittsburgh. / Only Pittsburgh is more than Pittsburgh.”) Black Moth Super Rainbow make fuzzy-headed electronic pop with monosynths, vocoders, rock instruments, great drums and no laptops. And the peculiar sound of their music is dripping with a sticky nostalgic glaze that recalls Boards of Canada, mid-70s Cluster, and the first Air full-lengtha warbling, haunting, deeply analog soundworld that reboots, in my heart anyway, the far horizons of the childlike mind.

This magic does not lie so much in composition as in sound and timbre. Take “Forever Heavy,” the first track. Over a repetitive chord reminiscent of Steve Reich’s great “Four Organs,” Tobacco sings through a vocoder as a mellotron comes in with a gooey hook; then a flanging tune flutters down from some orbiting geodesic spaceship out of Silent Running. On the extraordinary “Lost, Picking Flowers in the Wood”the faery-tale title track of an EP last yearwe hear more synthetic vocals over an analog arpeggio tripping through some King Crimson-worthy time signature. The hooks dig in until a reverberating gong breaks the beats and we enter one of those elegaic forest clearings that peppered BoC’s Music Has a Right to Children: a plaintive keyboard tune, distorted and echoing the way the memory of a childhood romp in the woods echoes and distorts in the wayback machine of the mind. And then you realize that the echoes and the flangey fuzzy edges make the memory rather than distort it, that it is the haze that calls us, a fuzzy buffer against the too clear aggression of present high-bandwidth experience.

Though you’d be right to call Black Moth Super Rainbow electro freak-folk, Dandelion Gum is shameless pop music at its heart. (Occasionally, as on “Sun Lips,” the Air echoes are too close for pleasure, though an apt reminder of how attractive Euros are these days.) But if Dandelion Gum is pop, it is a shambling, weirdo fungal pop that drags its analog feet too much to really slot into our bright and shining digital sensoriumand after all, it is that hunger for Now that lies at the coreor is it surface?of unconflicted pop. Dandelion Gum is bubblegum, but it is retro pagan psychoactive bubblegum that triggers nostalgic hallucinations through timbre and texture and delirious tune. No wonder the concept behind the CDwhich came packaged with a chunk of guminvolves witches who make candy in the forest.

But how does gooey candy evoke such magical quasi-memories? It is not enough to say that these sounds and timbres trigger nostalgia because they evoke the childhood sonic environments of those of us born into an era when analog electronics were first entering popular consciousness. That Pavlovian argument probably does not hold up to the ages of the Black Moth Super Rainbow boys, and it certainly does not recognize the fact that one can feel tremendous nostalgia for a time when one was not alive. For me, the mystery revolves around timbre, the particular textural quality of certain analog electronic instruments, at once cosmic and organic, like moss or insects. Timbre, no less than tastes on the tongue, can serve as a Proustian madeleine, recalling not just personal memoriesor Kodak mediations thereofbut modes of perception as well, those olderor youngerways of experiencing the world that we often lose to the calcification of age and the brash novelty of our compulsively upgrading society of novelty.

The timbre of instruments is more than a signifier; it is a quality of the real. In other words, analog electronics are evocative not simply because they recall an earlier and arguably fresher period of popular and experimental music-making. They are evocative because analog encoding mirrors a mode of sound and experience whose unique character becomes clear only in our digial rear view mirror. And what that character ultimately concerns is a fundamentally organic relationship to matter and energy. Analog is an analogy, resonant and poetic; digital is a simulation, stark and deathless. Though “natural” is a loaded term, especially when you are talking about electronic synthesis, the soundworlds of analog weave along with the flowing warp and weft of the world in a manner that, in many ways, directly opposes to digital’s numerical and discontinuous abstraction of energy and matter. This analog connection is Fellini’s string that has been broken, whose frayed ends we grasp through retro media. What we hear in those warbling fuzzy bleeps and bloops is not the past, but the present call to listen, with straining ears and heart, to an organic engagement with matter and energy that is rapidly being eclipsed, and that will perhaps soon be forgotten.