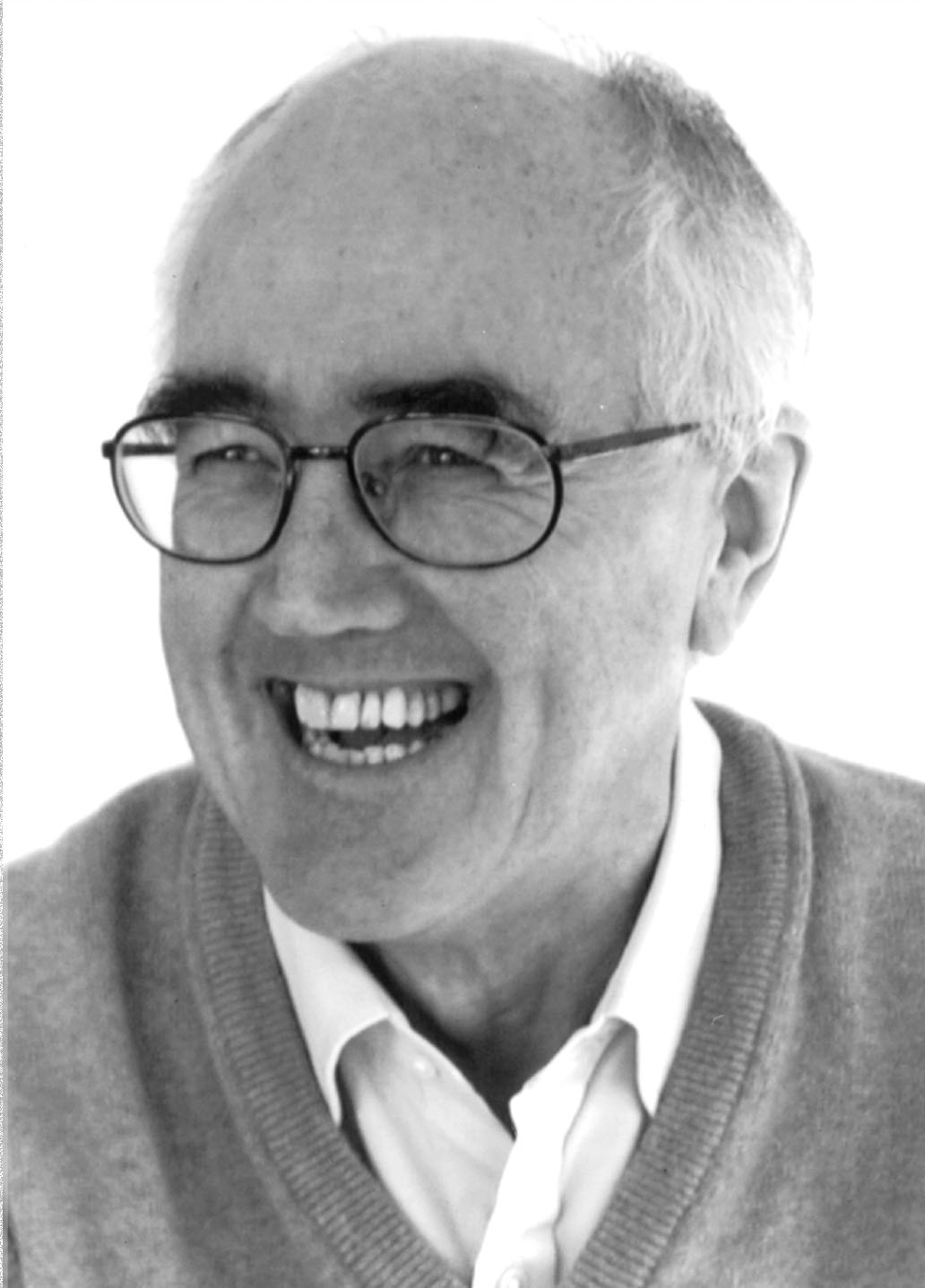 One of the smarter inmates I knew at the university I attended had a mediocre grade point average for the simple reason that he took physics classes way out of his league. In love with the poetry of science, he surrounded himself with impossible jargons and competitive jerks because the introductory classes they forced us humanities majors to take basically sucked. Instead of drawing people into the material by putting it in a juicy context, these exercises in tedium sketched out the basic rungs of intellectual ladders none of us intended to climb. By impressing us with how little we could ever hope to understand “real” science, the professors erected fortress walls that protected their pure analysis from metaphors, the flux of history, and questions of value.

British TV science guru James Burke tears down the walls. As writer and host of the documentary series Connections (1979) and The Day the Universe Changed (1984), he portrayed the history of science not as a plodding and self-controlled march of reason, but as a wayward pinball game. For Burke, inventions trigger history, which he sees as a hurtling juggernaut of serendipity, confused ideology, and the bottom line. Burke has a great love of the butterfly effect, the notion that one small event can cascade into massive changehistory is a house that Jack built.

Like a conspiracy theorist, Burke sometimes overstates the significance of particular elements. But also like a conspiracy theorist, his eye for detail leads to the deep pattern of it all. In one Connections episode, he traced how the introduction of the stirrup to Europe led to mounted knights, whose success at creaming people led to the desire for bigger horses, to ranches to breed the horses, to dukes to run the ranches, and finally to feudalism. Other programs sketch far more chaotic patterns.

Burke’s elliptical manner, wry tone, and barely restrained silliness broke most of the rules of whole-wheat TV, but his series were some of the most popular and acclaimed documentaries ever shown on whole-wheat TV stations. And now the bemused Brit is back, with an even more fluid take on the same wonderful stuff: Connections2, a 20-part series on the Learning Channel.

Unlike Connections, which unfolded in hour-long stretches, each episode of Connections2 crams just as many links into half the time. But despite the MTV pace, Burke remains in control, slinging puns and wearing his trademark cream suit. He’s still the only guide for the ride: part avuncular professor, part oddball autodidact, part Monty Python. Burke’s not a talking head but a walking headConnections2 takes the man far afield, from Italian crypts to Peruvian jungles to the Himalayas. After a while, you begin to suspect that he developed his globe-trotting style only for the travel perks (in conversation, he admits that history alone does not explain why every series he’s done includes a stop in Bologna).

Unlike the invisible patriarchs who narrate Nova and hand you facts like stale crackers, or the frowning investigative reporters of Frontline who serve up a “real world,” Burke does not try to make television more serious than it is. On the contrary, he embraces the quirks that make the medium such a beautiful absurdity: its nomadic mobility, theatrical immediacy, fast cuts, and good-natured humor. In any given episode, Burke might shine a flashlight in the viewer’s eyes, walk right through a half-assed reenactment of the Middle Ages, tilt the camera, or hack a side of raw beef with a broadsword in slo-mo.

All great educators teach you how to think more than what to think, and Burke teaches you how to think with TV. Not TV-as-usual, that feeding tube of processed cheese, but TV as a cartoon foreshadowing of the hypermedia around the bend. Burke’s eclectic, careening style not only anticipates the multiple connections and nonlinearity of CD-ROMs and database surfing, but it shows how such media change, er, the message. History becomes hypertext. To learn is to leapfrog. The objects that recur throughout Burke’s workbarometers, pendulums, Ptolemy’s star chartaren’t redundancies but potent nodes in a massive web.

But despite his infectious enthusiasm for the West’s chaotic feedback of science and social change, Burke has no illusions about what happens to a society driven by that great will to power that is the individual profit motive. Having made After the Warming, a fascinating, quasi-SF documentary on our environmental catastrophe, Burke knows the foul pit that many of these gizmos have led us to. Instead of the bland optimism or bland concern, he bubbles with ambivalence, and highlights the heavy ironies: how church bells turned on their sides become cannons, or machine that told monks when to pray became the machines that told people when to work. “The very ability to measure and control the universe means that we can now measure and control human beings,” he said, ending one of the original Connections. “In gridding the earth, we grid ourselves.”

“Since the whole thing is a journey though this enormous web, it kind of doesn’t matter where you start or where you finish, because the journey is what counts.” In a UN Plaza Hotel suite overlooking the East River, Burke is describing his eclectic approach to researching his programs. “And those ideas I get just by staring out the windowball-point pen, toilet roll, Robin Hood, whatever.”

Except for the disappointing absence of the cream suit, Burke could have stepped out of one of his programs. He’s wired, talkative, and engaged, one of those supersharp Brits who manage to maintain a brilliant cheer in the face of it all. Discussing the serendipitous nature of his research, he recounted in blistering detail the whole arc of one Connections2 episode that begins with the principle element of the transistor: germanium. Like many of the episodes, Burke begins in the present and boomerangs through the past. Outlined here, the path makes little sensegermanium, cobalt, Ming porcelain, mosaics, underground temples, Constantine, Nicholas of Cusa, maps, Brazil, Spinoza, the Royal Society, Frankenstein, and finally New Harmony, Indiana, the sight of a 19th-century socialist commune set up by a Scottish mill owner named Robert Owen.

“And that’s as far as I got. Now I had to get back to the modern world. I read round and round New Harmony, but to no avail. There was no story coming out of it. New Harmony failed, Owen died in perfectly boring circumstances, his sons went off and did perfectly boring things. It was a dead duck. Now when you get to that stage, you have to throw the whole thing away. But I gave myself another day and I went back into the library and read a bit more. And there, in almost the last book, was this guy called Maclure, who helped Owen found New Harmony. He did the first geological map of the United States, on which was identified for the first time where the rocks were that would one day turn out to be germanium. Eureka! And that’s why this is better than real work.”

As we’re talking, Burke sees the opportunity to go into more depth than his programs allow, and rises to the occasion. “The kind of eclectic approach in Connections2 says that it’s more important to know how things interrelate than to know things, because the things become obsolete. There’s no point in teaching people to memorize lists of chemical symbols when by the time they have their degree a machine will be doing that. What we should be doing is teaching people to look at patterns in knowledge, to look at the relevance between things. And that also reminds that they are themselves relevant, that no man is an island, that you do nothing that doesn’t cause a ripple. There’s no such thing as an unimportant nobody failure. You walk down the street and something happens.

“Besides making the material accessible, this kind of approach teaches people that they’re not stupid. Everybody has a hundred billion neurons, so did Einstein. What happens is that the educational system lets us down. It’s here to fail people, so that the few that don’t fail can find the kinds of jobs to run the country. The rest, who cares? So they’re stuck out there with their failure. And I hope these programs say, ‘That’s not true, it’s the system that’s let you down.’

“Until now, the limitations of technology have meant that the ability to have knowledgefundamentally to be literatehas been limited to very few people, and those few people have run the world. In the main, they have not wanted to share their knowledge, and they have used that knowledge to entrench their position at all times. The first time a new technique for disseminating, gathering, storing, and retrieving knowledge comes along, it is grabbed by the entrenched authorities, who try to make sure nobody else gets it: censorship in the Catholic church; the spread of literacy in early Greecelike, almost none; the fact that all European powers grabbed the telegraph and said, ‘This is a state monopoly.'”

Burke’s putting his money on our new digital techniques of information exchangethough he blames his wide-eyed enthusiasm on the heady optimism of the ’60s when he first started worked at the BBC. “The so-called technology revolution will enfranchise people because it will make material accessible in this webbed, networked way I’m trying to do on these programs. This approach invites people in because it’s easy. You don’t need a Ph.D. In fact, we’ve got to stop teaching people to have Ph.D.’s. Specialism and reductionism was fine up to yesterday, but it will not do for the future. And if we’re in a mess ecologically, it’s because of the reductionist view that says, ‘This small area is what matters, don’t ask me about it’s larger relevance.'” Burke makes the point that once you start thinking in terms of hyperconnections, whether in a networked database or watching his shows, “you recognize that there’s not only one path, and that’s the beginning of tolerance. Even in the sciences we’re beginning to recognize that there is not a single truth. And hopefully the next step, hooray, is in ideology.

“In The Ascent of Man, Jacob Brownowski goes to Auschwitz. He knelt in the mud and said ‘the most terrifying thing in human kind is certainty, because certainty means you know you’re doing the right thing when you kill people.’ And people are attracted to certainty because of their historical conditioning. We’ve been taught for 10,000 years that there are a set of people who should tell us what to do. ‘We need leaders.’ Bullshit. We don’t need leaders, we don’t need gods, we don’t need temples. We have it inside.

“If I believe in any kind of progress, it’s a kind of antiprogress. Technology is moving us towards a social uncertainty principle. We’re becoming aware that we are unaware.”