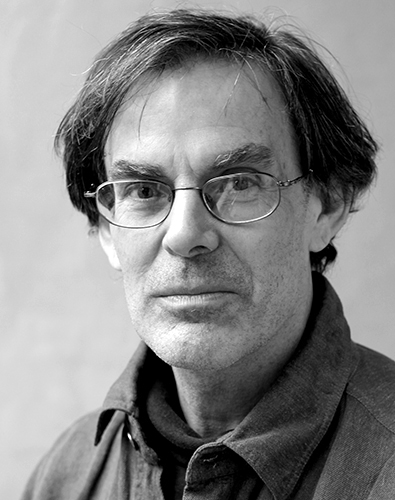 J.P. Harpignies is one of my favorite people. I met him in New York in the early 90s when he invited me to come give a talk on Philip K. Dick at the New York Open Center, where he worked on making the New Age seminar programming there as interesting and edgy as possible. This talk helped launch my ship, the HMS Underground Esoterica, and I will never forgive him for that.

J.P. also helped a young, heady and anxious me get his psycho-spiritual feet on the ground, encouraging my deepening encounter with Tai Chi, and turning me onto the healthy hippie peasant food I still mostly eat at home. More than that, this fiercely intelligent and insightful dude, a behind-the-scenes connector who can nimbly straddle the worlds of shamanic spirituality and grim meat-hook reality, gave me a model for independent critical thinking in a world that often seems to value—or at least reward—neither.

Harpignies has written and edited a number of independently published books, covering everything from biotech to psychedelics to “political ecology.” His latest, Delusions of Normality: Sanity, Drugs, Sex, Money and Beliefs in America, is his best. In the face of the myth of a dominant normality that underlies the New York Times mainstream, Harpignies proves that we are all freaks, and that deviancy is, in fact, the norm.

As Harpignies notes, the implicit assumption in the Times is that most of its readers are “eminently sane, impeccably ethical, drug-free, law-abiding folks with post-Enlightenment rational attitudes towards science and religious tolerance”—folks who are, in addition, “largely free of sexual kinks and flaky cultural or spiritual worldviews.” This image, which structures the fictional space of public discourse, does not stand a chance against this short, dense, nuanced and eye-opening book.

Delusions of Normality is one of those gifts that does a lot of heavy lifting for you—now you don’t have to read all the newspapers, books, and sociological sources Harpignies uses to gather facts, or at least patterns, that deconstruct mainstream assumptions about the depth and breadth of kinkiness or graft or drug gobbling in American life. Even better is his ability to use the ruins of normality as a platform for spiky, trenchent and occasionally funny social critique. The metastasizing of wedding culture, for example, has led to “insanely expensive, obsessively organized events that seem more like potlaches for control freaks that marriage ceremonies.” Its the kind of humor that comes from stating the obvious, and realizing that you or the folks you know are as obvious as everybody else.

One of the things you realize is how little we do know about how people actually think and behave. Sexual activity in particular has received far less attention than you might assume, partly because we have as many crucial fictions to lose as we have facts to gain. The lack of such studies leads to a lot of fuzziness around the statistics we use to buttress our opinions about, say, the rate of adultery, or the amount of porno online. There are a number of microstudies that Harpignies digs up, with their inevitable jewels (street prostitutes are far more likely to fuck a cop than get arrested by one). But while accurate big statements are harder to make than it appears, Harpignies still has enough chutzpah to stick his neck out and make some common sense conclusions that range across the political spectrum.

The sex chapter is, of course, fascinating. After a frank discussion of sexual obsessions, including a jaw-dropping list of various “philias” (how about Dendrophilia, the fetishizing of large plants and trees?), Harpignies concludes: “We’re not just the hairless or culturally complicated ape, we’re the kinky ape.”

But the long chapter on money—about which we talk so little in an honest way—is the most eye-opening and refreshing. Here Harpignies’ hard left sensibilities become more apparent, even as he sticks close to sociological detail and a very pragmatic sense of life under capitalism. He attacks the fiction of lawfulness that sustains mainstream consensus reality, which always constructs corruption, graft, and rip-offs as deviations from an essenially just norm. Harpignies not only argues the opposite, but argues why: money as it exists today is an essentially corrupting force, one that pervades our reality. “A remarkably dynamic strain of corruption, bottom-feeding con artistry and predatory financial behavior at all levels, some technically legal, some borderline, some blatantly criminal, is an integral aspect of American life, central to the evolution of our economic system. It’s not a disease. It’s long been a core attribute of the organism itself.”

We all may know on some level that this is true, just the way we may suspect that kinks are pervasive and that almost everyone we know and meet harbors opinions (about God or UFOs or flouride) that most of us would find extremely eccentric, if not mad. But we rarely allow this knowledge to erode the fiction of normality that structures our sense of society, even—or perhaps especially—for those who consider themselves rebels from that reality. For all of us, then, Delusions of Normality is an acid bath. Bracing for sure, but a confrontation that leaves you with the fresh bite of clarity.