Erik Davis
Technoculture
• 16 years ago
publish
Check it out

Let There Be Q 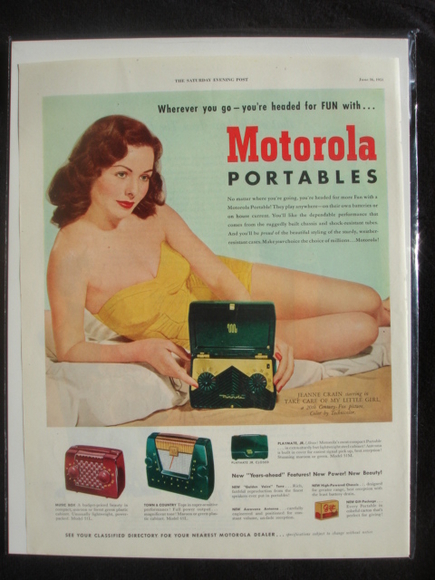 As our digital devices and dataflows increasingly interoperate, we may be fooled into thinking that the merging of our gadgetry is just a rational matter of problems and solutions. But something less tangible glimmers at the far end of convergence, a magical tool that seems to beckon beyond the endless push and pull of technological fusion and fragmentation. Call it the Angelic Communciator.

In real life we juggle various mobiles, digital cameras, iPods, PDAs, and GPS units, and the juggling grows tiresome quick. We dream and desire an ideal handheld data device, and lurking in that ideal is the specter of the Angelic Communicator. The Angelic Communicator is at once a grimoire, a servant, a crystal ball, an encyclopedia, and a mirror of an ideal self, one capable of mastery, creativity, and maximum communicative and expressive power. This ideal data-object is the lure of the angelnot in the mushy Victorian sense of school-marm sentiment, but in the older, more esoteric sense of an awesomely powerful force of mediation and manifestation.

Think Im on the pipe? Just check out the first TV spot for the ad campaign for Motorolas Q, a hip, razor-thin, iPodish Blackberryish gizmo that shows signs of becoming a megahit:

Lets review. Its early morning, and an attractive hipster discovers a glittering object lying at the side of the road, like the transcendental letter in the Gnostic tractate The Hymn of the Pearl, which reminds the hero that he is a stranger in a strange land. The guy in the adwho is difficult to place, a global melting pot-headdiscovers that the device controls the movements of the sun. He quickly races through a diurnal turn. Besides showing off the action of the Qs apparently nifty thumbwheel, a cosmic cycle is invoked. After discovering the device has received 6 million emailsa gag that associates the device with our anxious desire to manage information like a godthe fellow presses a button that invokes an Edenic garden. Once he uses the device to communicate, we leave primal earth for heaven, where a fuzzy-headed angelic alien pats her pocket and realizes her Q is missing, annoying her monkish attendant (another invocation of the PDA-as-servant). These two beings, whose environment reflects the hues of the device, stand before a SciFi window shaped like an eyeGods eye, the eye in the triangle, the eye of the Pod that is every handheld marketers dream. And then we see the Q fall to earth beneath the audacious tagline: Let there be Q, a perfect blend of Genesis and Star Trek: TNG, whose recurring character Q was a vaguely annoying and foppish higher-dimensional trickster.

The dense and playful ad is from Goodby, Silverstein & Partners, the wizards who also produced HPs trippy Picture Book campaign a while back. The spirit of the Q campaign began last year with ads for Motorolas PEBL, a device that reminded me of the smooth black stones you find in Zen gardens. The minute I saw this Angelic Communciator, proffered in the hieratic hands of the campaigns multicultural, feathery models, whose stood before white-night landscapes like androgynous spirit guides, I was struckliterally against my better judgment with spiritual desire. Now these beingsslightly scruffier, it seems, and in one instance sporting an afro worthy of Pam Grierare pushing the Q. I am an increasingly philosophical late adopter, more interested in pondering why I want these devices than in actually buying and using them. But even I, temperamentally allergic to the Microsoft OS, might get one. My psychographic soul has been struck.

I like to think that GSPs ability to craft hip and entertaining campaigns with weird metaphysical implications has something to do with the agencys location in San Francisco. But it also reflects the fact that despite (or because of) the physical worlds growing ills, technology continues to mirror something mercurial and even spiritual in our own consciousnessor at least in the imagination that sustains that consciousness with ideal images that organize and alchemize desire. We are compelled by the handheld data fetish because these gadgets all simultaneously announce and defer the arrival of some ultimate deviceone that provides access to a universal database, that sees and knows and can speak with all, and that ripples and sings with the fluctuations of a liberated and world-making psyche.

So the next time you feel yourself attracted by a snazzy data-object, you might take a second to turn on the desire itself. Perhaps you will catch a glimpse of the numinous spark that preceeds the rational mind that weighs features and the cost, that has problems to solve or goals to achieve. That spark is the angel within, the light-being that, these days, is as much an object of marketing campaigns as the goatish id or the rational ego. But dont forget the ancient heretical rumor about the angel. The story goes that, behind its wise and multiple eyes, its immense white wings and resonating crystal pendants, lies the blank and fleshless soul of a cosmic clerk, shuffling messages for the Man.