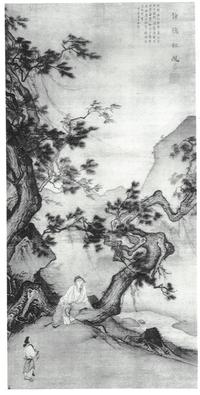 When I was a tyke, my mom used to play me classical records like Peter and the Wolf, the 1812 Overture, and Scheherazade, to which I possibly owe my bottomless and problematic love of aesthetic Orientalism. But the first classical composer I turned onto as a serious music head in my late teens was Gustav Mahler. My apprenticeship began with the grim hammer blow of the Sixth symphony, delivered by the fell hand of Herbert von Karajan. The anxious, death-haunted symphony was the perfect place for a melancholic psychedelic sorta pretentious metalhead like me to start, and the sonic love affair continues to this day. If Mahler’s in the hall, I’m there.

Mahler is still the composer I recommend to rock fans interested in symphonic music, and for many of the same reasons that so many trad classical fans dislike his work: it can be restless, sentimental, sarcastic, and—in a rock’n’roll sense of the term—heavy. Ferocious percussion erupts at the end of meandering “developmental” passages that sometimes develop no more than a Jimmy Page solo develops. Dreamlike pastoral passages are interupted by chunks of popular tunes, like the klezmer death march cover of “Frere Jacques” in the third movement of the First.

The main thing that hooked me and keeps me coming back is Mahler’s orchestration—the fresh and strange and evocative sound-worlds he is constantly conjuring from his inventive weaving together of various instrumental timbres. (Timbre describes the sound quality of specific instruments, like the vocal cry of a violin or the stanky wet sleaze of Zappa’s guitar in the later years.) Like Berlioz before him, Mahler is a timbre man. Even as Mahler chucks big buckets of sound on the large canvases of his famously over-the-top pieces, he often goes for delicate miniatures—small ensembles or single instruments that refine and diversify the sonic ecology of the symphony in question. Rockists may not grock the complex harmonies, but rock music—like headier electronic music, or psychedelia—is all about timbre, the emotional and imaginative brushstrokes that turn sounds into worlds.

All this came to mind as I listened to the San Francisco Symphony’s recent recording of Mahler’s Das Lied von der Erde, the second Mahler masterpiece I turned on to back in the day and still one of my favorites. Once again, Orientalism is part of the draw—Mahler based the libretto for this sorta-symphony, sorta-song cycle on once-removed German translations of Tang dynasty poets. The boozy Li Po makes a strong showing in the razzle-dazzle opening drinking song, while the melancholy parting call of Wang Wei, a Chan (Zen) influenced poet, fills out “Der Abschied” (The Farewell), the bewitching, Gaian, and brilliantly orchestrated half-hour song that closes the cycle. The bells! The harp! The mandolin! It’s a Taoist fairy land, glimpsed in the rear view mirror of the Belle Epoque in twilight.

The wife and I were fortunate to attend one of the concerts they spliced together into this recording. Michael Tilson Thomas conducted, Stuart Skelton supplied the tenor bits and the famous and handsome baritone Thomas Hampson replaced the usual contralto. (Mahler specified that either would do, but even though the words imply a male singer, we usually get to hear a diva.) Though sickeningly overpriced, this Super Audio CD is amazing even though I don’t run or care to run SACD. I don’t know how the wizards scrubbed the bits, but the brocade of textures and the stereo imaging radiating out of my beloved low-end Mordaunt Shorts is remarkable. And the performances rule. MTT long ago planted his flag as his generation’s Mahler man, and for good reason: his rhythmic flare and sense of drama is perfect for the material, which foreshadows modernist angularity while being drenched in the more accessible and autumnal cast of late Romanticism. The SF Symphony is particularly strong in the instrumental groupings—like woodwinds and percussion—that makes Mahler Mahler. And the vocal work here is phenomenal—especially from Hampson, an intelligent man and a top-shelf star who sounds like he is singing for the ages. I’m just psyched I got to listen in. 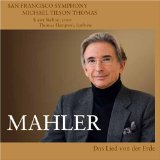