The New Man and the Mark 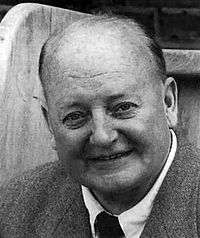 There are a number of great books that have emerged from the stream of modernist mysticism initiated by the wiley Gurdjieff and his heady Russian student Ouspensky, not the least of which is Ouspensky’s own indispensky-able In Search of the Miraculous. But, if you don’t count Rene Daumal, my favorite Gurdjieffean writer has to be Maurice Nicoll, the British student of Ouspensky known for a six-volume commentary on G & O that I haven’t even cracked yet. Nicoll was also responsible for Living Time, a profoundly mind-blowing book that deconstructs time in light of a Groundhog Day-like vision of the eternal return that owes as much to Nietzsche as to particularly esoteric ideas of reincarnation. It’s one of those mystical books that manages to do what it describes: in myself, it temporarily booted up a new, weirdly vertical temporal observer who bathed my everyday moments in a strange amber glow of significance and mild déjà vu. The book is tough and deeply peculiar, but highly recommended.

More accessible than Living Time are Nicoll’s two books on the Gospels, The New Man and The Mark, both of which are now more or less available in beautiful editions from the Amsterdam publisher Eureka Editions. Gurdjieff’s teaching has sometimes been characterized as a form of esoteric Christianity, and Nicoll’s  books are good evidence for how neatly Gurdjieff and Ouspensky’s brand of occult psychology can map onto the literature of the gospels, and particularly the parables. Without invoking nebulous ideas about gnosticism or secret bloodlines or Magdalene arcana, Nicoll presents an esoteric Jesus whose teaching shepherds evolution of the individual into a “new man”, a process that both runs against the grain of natural life and represents, alchemically, “the highest form of ‘Organic Chemistry.’” The basic idea is that you and I are “experiment(s) in self-evolution,” and that once we are brought into contact with the “word,” we have the possibility of evolving our will and understanding into the level of inner development known as the Kingdom of Heaven.

Nicoll’s essentially psychological approach is refreshing, and he cares neither for sentimentally justifying conventional Christianity or in subversively tearing it down and rewriting it with some aggressively heretical stance (though his perspective is, from a conventional view, anathema.) “If you dislike the word God, then say Meaning instead,” he writes. “The word God shuts some people’s minds. The word Meaning cannot. It opens the mind.” [19]

Whether we are engaged with a poem or the narratives of our daily life or the images of our dreams, the quest for meaning involves the process of interpretation. And one of the greatest opportunities to explore interpretation—how it works, its limitations and fantastic possibilities—are texts. We sometimes think that reading is always secondary to real spirituality, which is a matter of practice and experience, but reading—and especially interpreting—can also be a practice and an experience. Nicoll’s two gospel books are paragons of spiritual hermeneutics (the science of interpretation). They largely consist of him pulling strange glowing treasures out of the barnacle-covered citadels of gospel stories that anyone with even a modest exposure to Christianity has heard countless times.

For Nicoll, the parable is “a transforming-machine between two levels of meaning”—the exoteric and the esoteric, the sensual and the psychological. But unlike the scores of hierophantic yahoos who present their eccentric interpretations of Christianity as a suppressed revelation of some hidden “code” or conspiratorial counter-history, Nicoll is more concerned with how the interpretive process itself presents a practical avenue of self-transformation. So while he proclaims his unusual readings of the parables as “true,” their truth lies more in the process of engaging the interpretive process itself—and especially the “I” who appears as different layers of possibility emerge from the text—than in any doctrinal content.

Here is Nicoll’s beautiful description of spiritual reading, which we can imagine as engaging the “transforming machine” of the parable. “There is a process of half-thinking and half-imagining which is very intimate. It is partly conversation with oneself, partly being oneself, partly seeing oneself and partly listening to oneself—to new meanings that are entering…” And further on: “If we notice ourselves when reading, three people are concerned. There is the reader, the person inside listening to him, and a judge. These three people are all present when we read…In order to recreate the world—that is, to create the world in oneself, to give it meaning, form, interpretation, order, significance—it is the listener who must learn. One takes one’s ideas, one’s thoughts, one’s feelings and one’s power of imagination and works internally with them, realizing that no matter what other people know of have said or have written or done, nothing has as yet happened in oneself of any value.”

The process of reading itself, of limning the listener by plumbing the echoes in images, is part of the path. Interpretation is a psychological and spiritual process that, in its wilder extremes, pulls one away from the surface materiality of things and into, if not a higher world of objective reality, than a more rarified overtone of the self, a keener listener. And it is the cultivation of this listener, this self-observer, that is the core of the Gurdjieff work. “Esotericism begins from something none of the external senses shows us, namely, the invisible oneself. It begins not with the observation of the external world, but with self-observation, with the invisible world of oneself.” This internal shift is the vertical dimension I referred to above in relationship to Living Time, an inner ascent that develops orthogonally to the flow of temporal events, to the push and pull of getting and spending, of trying to achieve and satisfy the project of the self within the confines of observable spacetime.

Contra the conventional faiths, who believe that it is possible to “do God’s will on earth,” Nicoll argues that the earth just is the way it is, gloriously but hopelessly, and that material evolution has nothing really to do with spiritual evolution. This is contrary to the exoteric views of mainstream religions, which hold to moralistic and frequently political ideas about changing and redeeming the world. “Is it not a fact that most of the savage cruelty, torture, bitterness and evil that marks religious history is based simply on the fundamental error of seeing God’s will done on earth and so imagining that one knows what God’s will is?” Instead, Nicoll points toward a change, not in a coming “horizontal” moment of historical transformation, but a change, again, in “vertical” state. (Though Nicoll does not mention it, the overlap of these two dimensions can be read as the esoteric meaning of Christ’s cross, the cross of transcendence and duration that we all bear.)

Nicoll proclaims that this vertical shift in perspective is the essential meaning of the key term metanoia, that “change of mind” that is usually translated by the far more moralistic term repentance. The goal of the Gospel stories, and of Christ’s engagement with humans in general, is “to bring a man to the point where, instead of saying blindly to himself ‘This cannot be true,’ he undergoes an awakening, a momentary sense of the unreality of what is happening in the world, and the unreality in its connection with himself.” Nicoll’s account of this turn is, for me, a beautiful characterization of the passage through absurdity and meaningless that seems to be a core dimension of modern experience, whether or not that experience can be interpreted as a “spiritual path” or not. This tacky meaninglessness, this almost PhilDickean awakening to the rickety fabrications of ordinary human consciousness, is absolutely necessary, for it contains within it the seeds of the transformation into singularity that Nicoll describes in this blazing paragraph:

“There is no worse sickness that meaninglessness. But life can become meaningless in two entirely different ways. It can become simply without any interest, so that all one is doing or has done seems useless and without purpose and one’s own existence without any meaning. But there is a quite different experience, in which, in view of greater meaning, all ordinary meaning ceases to have any value. In such an experience, which happens at one time or another to many people, a man is drawn back from all the meaning in life. This experience comes when a man in a flash suddenly feels that he is different from all that he sees, hears and touches. He becomes aware that he himself exists. His own existence is no longer an existence merged with life. He becomes distinct from all that surrounds him. He realizes that he is himself—not what he has been taking himself as—and he ceases to feel himself only through comparison with others as better or worse than others. He sees that he is alone, one, and unknown to others, and invisible. He sees that he is himself, and that others see only his body. He knows that if he could keep this state, this new sudden consciousness of himself, life could never hurt him and nothing in life would ever seem unjust and he could never be jealous or envious or hate. In such a moment a man comes to himself.”

I think I have spent some moments in such a singular space, and it is a remarkable if strangely posthuman experience. I am not sure that this is the end of psychological self-transformation, and the transcendence of “normal” human emotions here shares in that somewhat cold detachment that runs throughout the Gurdjieff lit. But in comparison to most of the other books about the Fourth Way, Nicoll’s writing is suffused with an air of kindness and compassion, as well as a, uh, Christian sense of forbearance before the challenges of such disenchantment. He confirms my intuition that psychological freedom involves an inner disavowal of the phantasmagoria of “achievement” in the world. But he also highlights the key Christian element of love and communion that undergirds that disavowal, in contrast to the sometimes cruel and ascetic sense of withdrawal you find in many gnostic-flavored teachings.

The niftiest thing is how intelligently and perceptively Nicoll’s readings fit the parables, and especially the more confusing and difficult ones, such as the parable of the talents. In The Mark, which was left unfinished at Nicoll’s death in 1953, and especially 1950’s The New Man, the symbolic language of the parables comes alive, a literary analogue of the more fundamental rebirth that takes place within, the famous process of becoming “born again” that Nicoll says is Christ’s core teaching. This rebirth does involve dying to the world, but not in an ascetic or moralistic sense. Instead, it is a step towards a freedom possible in consciousness—in the marriage of understanding and will—but nowhere otherwise at hand.