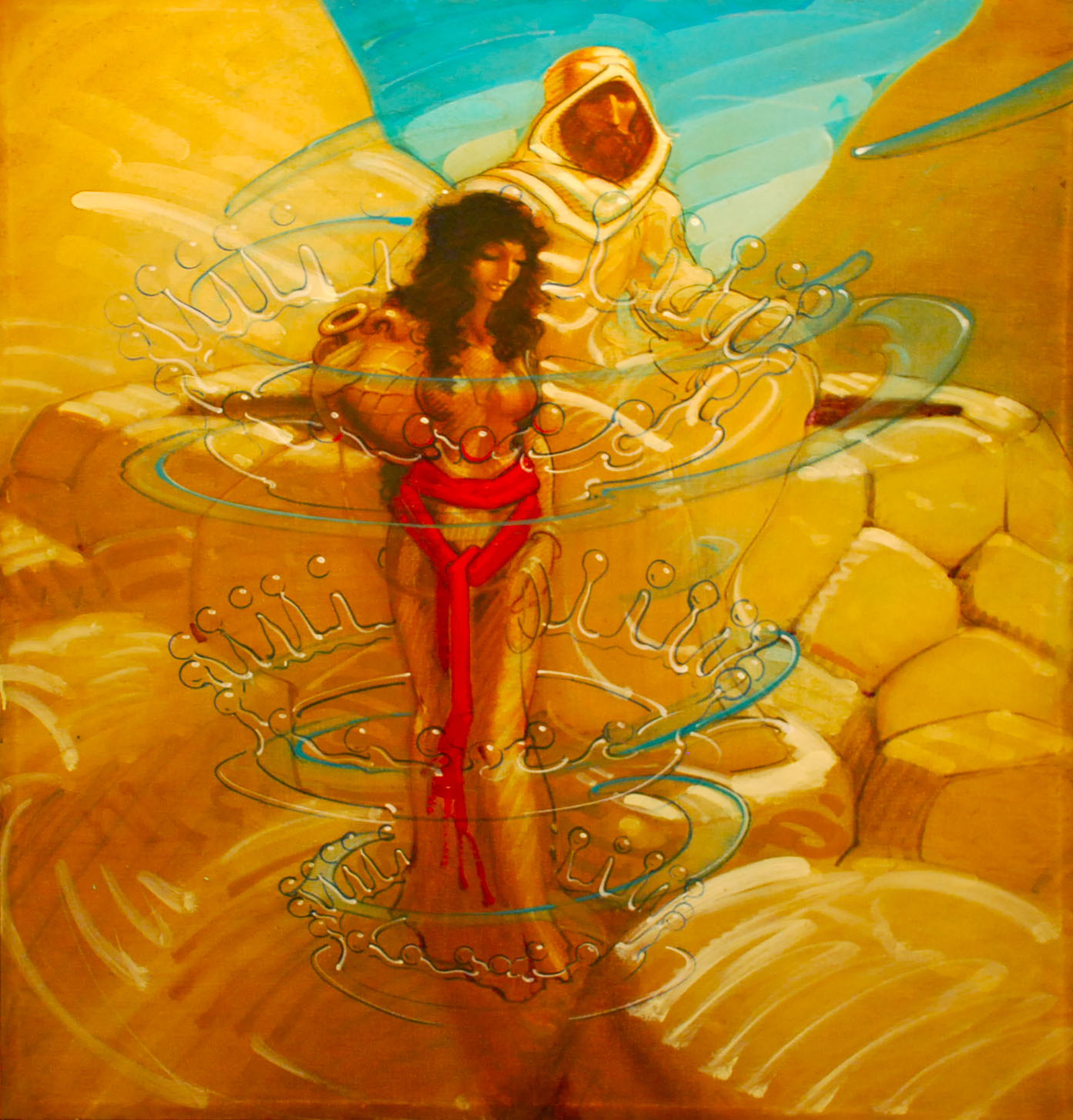 The second half of my Hilobrow Pop Arcana column on the great West Coast psychedelic artist:

“In 1969, Rick Griffin left San Francisco, whose psychedelic underground he helped broadcast to the world with his remarkable posters and comix. Drawn to the more various and mellow surfer lifestyle of the southland, Griffin returned to SoCal with his girlfriend and settled in San Clemente to enjoy the waves, though the move may have been motivated as well by whatever spiritual struggles Griffin was going through at the time. In 1970, Griffin was filmed surfing at the remote and legendary Hollister Ranch for John Severson’s classic surf film Pacific Vibrations, which also features footage of Griffin and some pals tripping-out a hippie bus with spray-paint. After creating his first major acrylic painting for the film’s poster, Griffin drove up and visited some friends in Mendocino, freaks who, in that freaky way peculiar to the era, had become Christian. On Griffin’s return trip, the story goes, his car broke down, and somehow he walked away from the experience with Jesus as his lord and savior. Soon he started attending a local Baptist church, married his girlfriend Ida, with whom he already had two kids, and dedicated his life and art to Christ…”