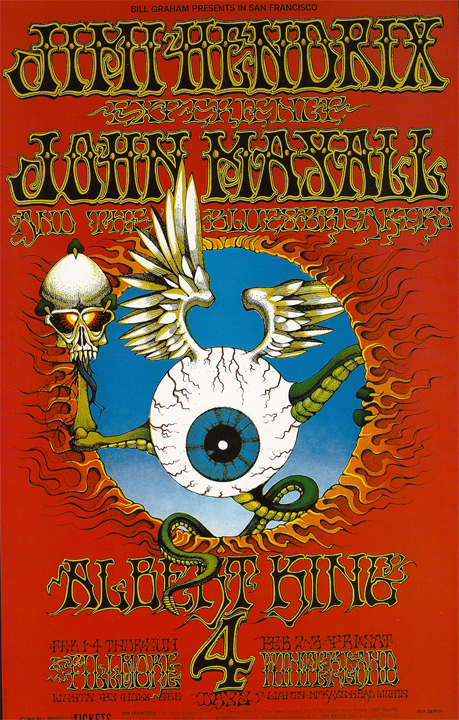 “The peak years of California counterculture were suffused with sex, drugs, and rock’n’roll, but they were also saturated with the spirit. Turbo-driven by the widespread use of psychedelics, the Beat mysticism of the ’50s had bloomed into a vibrant peacock tail of gods, symbols, and forces that drew from all times and places and religions without fixing on any of them. Jimi Hendrix’s celebrated cover for Axis: Bold as Love, based on modern Hindu god posters devoted to the theophany of Krishna in the eleventh chapter of the Bhagavad Gita, captures this lysergic effulgence as well as anything. But for a more bracing and diverse iconographic stroll through the mystic carnival of California consciousness, one cannot do better than to look — closely, and then again — at the work of artist and illustrator Rick Griffin….”