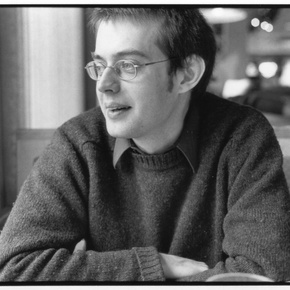 A number of bands in the American neo-psych-folk underground regularly juxtapose two rather dissimilar styles: experimental improv (often electric) and more-or-less traditional folk forms (often acoustic). This curious mash-upitself partly rooted in a selective remembering of early generationsis reflected in acts like Pelt, Matthew Valentine, Feathers, Tower Recordings, and P.G. Six, the moniker of former Tower guitarist Pat Gubler. P.G. Six’s first two releases, Parlor Tricks and Porch Favorites and The Well of Memory, brought together a brooding, mystic sensibilityPhil Dick allusions aboundwith spectral finger-picking, covers of (quasi)-trad tunes, and a sensitive dalliance with songless timbres and tones. Gubler’s lyrical experimentalism, which simultaneously dissolves and affirms a sense of folk continuity, also shone on last year’s Music for the Sherman Box Series and Other Works, which consisted mostly of chiming, ancestral explorations of odd-ball harps. I dig that record, but I remain haunted by his first two records, not only loving them but finding in them shards of some deeper, darker light that I all too occasionally sense in myself.

With such great music already racked up, it is hard not to feel slightly sorry about Slightly Sorry, Gubler’s first release on indie powerhouse Drag City. Assembling a cast of gifted New York players, including Sue Garner and journeyman guitarist Bob Bannister, Gubler has made a solid, if lilting, rock move. The opening hurdy-gurdy-bongo delicacy, ironically title “Untitled Micro Mini,” is followed by a great ballad, with some gut-bucket organ and a plaintive chorus worthy of Neil Young. But as the combo numbers roll along, Gubler himself seems to recede, like he’s wearing a suit a few sizes too big. The man is a frail singer and an enchanting picker, which means that he, like Nick Drake, shines most in acoustic and melancholic settings, which you get here in his matchless cover of “Lily of the West.” The “End of Winter” also sounds like some lost Anne Briggs song, a psych-folk gem with exquisite acoustic playing. By comparison, the Wurlitzer-soaked songs about babes and blues lack salt. I hate to sound like a whiner who prefers an artist’s earlier, more obscure and introspective work, but Gubler was already a seasoned performer when he made those recordings, and they suggested a hard angelic wisdom that would only deepen in time. Slightly Sorry is a strong release, and I am gonna listen to the guy no matter what he does. But I sense Gubler turning away from his proper, and frailer, muse.