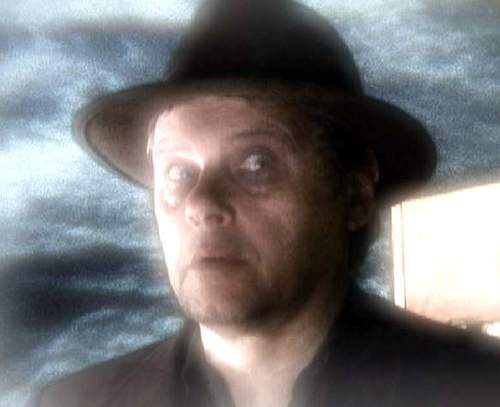 Like a lot of heads, I first encountered the Finish wizard Antero Alli through his playful, prophetic, and handy books. If you are looking for a real-deal reality programming manual with just the right amount of Discordian spice, you can hardly do better than his classic debut, AngelTech. Later books cover postmodern archetypes, ritual dynamics, and the implications of Leary’s 8-circuit model, still one of the most productive post-occult psycho-cosmologies out there. Ali is also a professional astrologer, the kind that treats the glyphs as an oracular theater of suggestive symbols rather than a deterministic belief system. He’s read my chart, hunched like some Kabbalist cobbler over a small writing desk in his cat-haunted house in Berkeley, and I found the ride rich and resonant.

Even more than a writer, Alli is a theatrical experimentalist and a filmmaker, which makes a lot of sense given his obsession with arresting images and transformative ritual. Using an approach he calls “paratheater,” Alli runs workshops and stages events that keep the spiritually and magically informed practices of the 20th century theatrical avant-garde alive. The actors and material coming out of these workshops also figure into the radically independent films that Alli has been making since the early ’90s.

I say “radically independent” because these well-crafted feature-length DV films emerge fully formed into our world without anything like a conventional budget or promotional plan. They are also unlike anything else I’ve seen in or out of the underground— at once experimental and composed, literate and impulsive, and deeply personal in a way that manages to embrace the various semi-pro actors he works with, who vary widely in technique but all bring something to the table. The contributions of Alli’s long-time real-life partner and co-producer Sylvi, especially her eerie Dead Can Dance-tinged soundtracks, also add a consistency and roundness to these flicks.

I’ve seen most of Alli’s movies, and they keep getting better. The Invisible Forest, Alli’s latest, is the strongest yet, although I still really love The Greater Circulation, a 2005 “docufiction” about Rilke and his prose work “Requiem for a Friend.” Like the Rilke film, which features a contemporary story as well the biographical Rilke thread, The Invisible Forest depicts how visionary ancestors can shake up the present. A troop of oracular actors are camping out in the woods, applying something like Antonic Artaud’s alchemical theatre tactics to an experimental version of Shakespeare’s Tempest. Their insomniac director Alex is played by Alli, appearing in one of his films for the first time. Alex is haunted by nightmarish dreams of Artaud, who comes to him in the disturbing guise of a raven-haired witch woman spouting lines drawn directly from Artaud’s work.

The Invisible Forest looks great. Alli has been working with DV so long he seems like an old master of this still green form. Working with a handful of clearly dedicated gents, Alli squeezes quite uncanny effects out of desktop CGI, and deploys different qualities and contexts of video, as well as Super-8, to create and contrast different kinds of reality: interiority, one-on-one dialogue, ritualisticc group dynamics, and visionary experience. And the visionary experience seems as real as the rest of it. For all Alli’s high concept, there is something impulsive and intelligently spontaneous moving through his moves that have always made them engaging, even if they are sometimes obscure or his actors cannot always rise to the occasion. It is as if Alli has been working this paratheatrical stuff so long that some mysterious powers are starting to make themselves felt in this midst of the proceedings.

It takes an unusual sort of fellow, not just to write innovative esoteric books, but to make esoteric inspiration come alive for others in film and in workshop, and to keep doing it for a long time in an uncompromisingly underground fashion. That’s why the onscreen presence of Alli makes this film particularly special, especially during the long shots that capture largely improvised conversations between Alex and a somewhat smarmy but effective hypnotherapist played by Garret Dailey. Alli’s Alex is enigmatic, sardonic, arrogant, insightful, joyful—an unpretentious but still portentous portrait of the sort of irascible, multidimensional artist who is not content to make myths but to provoke the nameless forces behind myth, and to bid them intrude.