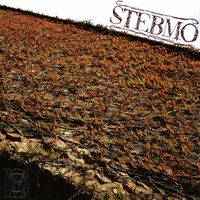 I love it when music not only confounds my expectations, but exceeds them. Stebmo is the debut album from Steve Moore, a pianist and composer who has performed with Earth and the even heavier sunnO))), and it is out on the stoner rock label Southern Lord. I knew Moore was a bit of a jazzbo too, and has played with Sufjen Stevens, but I still expected art-damaged sturm und drang. But what I found instead was one of the most original and deeply enjoyable instrumental discs I’ve heard in ages—an album that keeps slipping and sliding between genres and timbres and emotional registers, but without the half-baked restlessness of so many juxtaposition-mad contemporary fusions.

“Waiting Game” opens with a few deep and lyrical piano chords, almost like an invocation to good sentimentality. Then it immediately plunges into a clanky, multi-layered hobo waltz. The amazing “Blind Ross” is next: a Vince Guaraldi Peanuts homage that has yet to cease slapping a smile on my face. In fact, this whole record slaps a smile on my face—not the giddy pop grin I got from the Santogold record, but a deeply sustained satisfied smile. This sort of easy warmth and good humor, which you find in a lot of jazz, often has a tough time emerging in the hands of more rock-oriented combos, whose bonhomie tends toward goofiness or party music.

Moore has played with Bill Frisell, and Stebmo reminds me in spirit of many of Frisell’s accessible but elliptical sorta jazz records. Lots of Moore’s melodies sound more conventional than they are, so they grab right ahold of those familiar grooves in your brain but then fold them into some oddly angled melodic line that merges into rich landscapes conjured with ace string arrangements (from Eyvind Kang) and good electronica . The necessarily great rhythm section features drummer Matt Chamberlain and bassist Todd Sickafoose, who plays for Ani DiFranco and has an excellent last name. The only bummer is the 35 minute running time, but even that I have come to enjoy for its crisp refusal to indulge.