A review of How We Became Posthuman, by N. Katherine Hayles 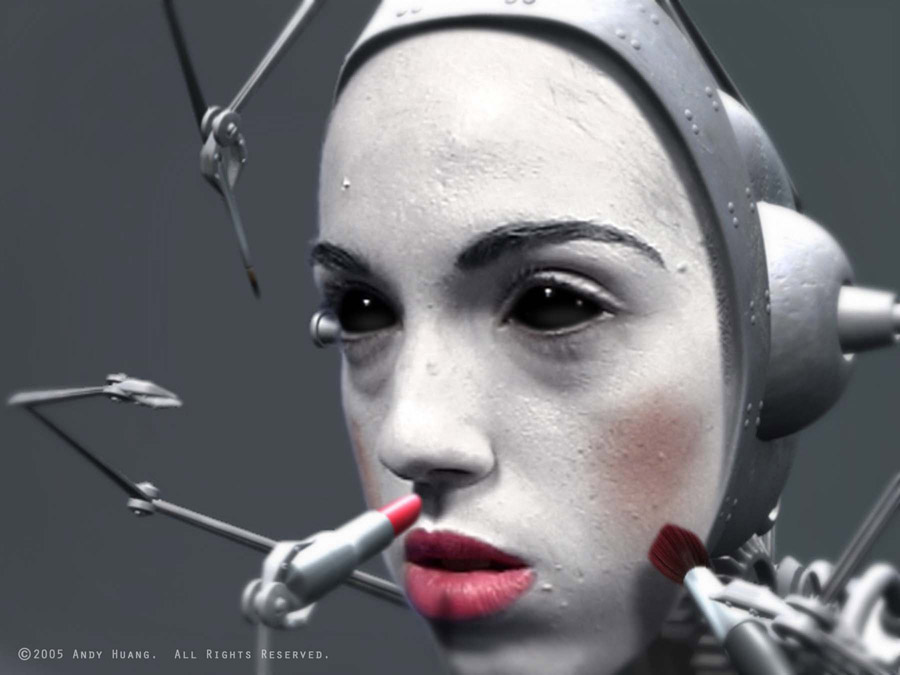 A version of this piece appeared in The Village Voice, March 23, 1999

There is a new cosmology blowing in from the horizons of the technoscientific imagination, and it may well swallow you up. Call it the computational universe, a cosmos in which everything — thoughts, genes, galaxies, subatomic wiggles — is reduced to bits churning through algorithmic cascades. From artificial life to quantum physics to cognitive psychology, the computational universe has become a Major Metaphor. Everything computes; everything is code. And as N. Katherine Hayles argues in How We Became Posthuman, the metaphor is also making mincemeat of “human being,” flinging us onto the burnished silicon sands of the posthuman shore.

Long one of the most sensible voices in cybertheoryland, Hayles, who teaches English at UCLA, spent much of the 1990s tracing the history, philosophy, and literary permutations of cybernetics, an interdisciplinary science of control and communication first articulated by Norbert Wiener in the dawn of the Cold War. How We Became Posthuman is the result of her archeaology, and though Hayles devotes too many pages to lit crit, she has written a deeply insightful and significant book, one that skips the usual leather-clad cyborg postures in order to bring some historical gravity and ethical intelligence to the table of postmodern science. The game, I remind you, is no joke. “Increasingly the question is not whether we will become posthuman, for posthumanity is already here. Rather, the question is what kind of posthumans we will be.”

One of the central threads in Hayles’ story is how information lost its body — that is, how information came to be seen as an abstract, almost transcendental stuff that could “circulate unchanged among different material substrates.” Once we begin to believe that information is more essential than material forms, we vacate the old cosmos defined by presence and absence, entering a world characterized by the binary feedback of pattern and randomness, signal and noise. We leave the clearing and enter the screen.

The posthuman is thus not some Edward Scissorhands amalgamation of gizmos and flesh, but a new kind of subjectivity, one that privileges informational pattern-play over embodiment. With clear if technical prose, Hayles unearths the overlapping cybernetic histories that lie behind this psychic shift, a shift reinforced by our media and technological practices. The first cybernetic wave, exemplified by Wiener and the legendary Macy Conferences, used a language of circuits, feedback, and information flow to describe how systems — both organisms and machines — kept their act together in the face of entropy. By eroding the distinction between man and machine, cybernetics not only welcomed technology into the loop of being, but undercut the coherence of the consciousness we used to think was in control. Though Wiener himself was an ardent humantist, Hayles shows how cybernetics inevitably put the “liberal subject” on the block.

For if cybernetics unveiled a new vision of complex systems, what happened when the observer was factored into the system under observation? According to Hayles, this ouroboros-like question inevitably led to the highly reflexive “second wave” cybernetic theories of Gregory Bateson, Humberto Maturana, and Francisco Varella, which reached their peak of influence in the 1960s and 70s. This material can hit the mind like an acid grok, and proves that “holistic thought” has more philosophical backbone than many kneejerk anti-Californians realize. Indeed, it’s a pity that Hayles did not spend more time tracing Bateson’s influence, which runs from the Whole Earth Review to American Zen to Deleuze and Guattari, who nabbed their notion of “plateau” from the philosopher.

We live in more pragmatic and cut-throat times, of course, and the “third wave” cybernetics that dominates the scene today has jettisoned such epistemological meditations. Contemporary heirs to Wiener are more interested in creating Darwinian simulations that exploit the emergent and out-of-control properties of self-organizing systems. The archetype here is artificial life: the computational attempt to reproduce the logic of life by allowing codes to “evolve” inside the petri dish of a PC. As the name alone tells you, artficial life gets loads of mileage out of metaphor, and as such is ripe for deconstruction. Hayles obliges, showing how the technological rhetoric that inflates the field systematically erases the role of embodiment in real life. While acknowledging the heuristic value of A-Life’s “Platonic backhand”, Hayles, who has programmed computers herself, rightly attacks its idealogical pretensions. “Just because information has lost its body does not mean that humans and the world have lost theirs.”

Hayle’s embrace of the “resistant materialities of embodiment” not only pits her against information dualists, but against many a trendy theorist. One can only applaud when she writes that future generations will be stupified by “the postmodern orthodoxy that the body is primarily, if not entirely, a linguistic and discursive construction.” But in her turn toward the flesh, Hayles unfortunately can’t get much farther than the more “embodied” texts of fiction. Though her discussions of Philip K. Dick, William Burroughs, and Neil Stephenson are engaging enough, and her critical splice of The Ticket that Exploded particularly inspired, I wanted cultural material more meaty than semiotic squares or Richard Power’s clever recursive sentences.

After all, now’s the time for some real cyborg handbooks, and Hayles only leaves herself enough room for a few tips. Though she recognizes the techno-transcendentalist nightmares tucked inside the computational universe (“a culture inhabited by posthumans who regard their bodies as fashion accessories”), Hayles is open to a future populated with increasingly brainy machines. Refreshingly, Hayles also suggests that the art of embodiment could be well served by some lessons of evolutionary psychology, which many pomo science types write off as an evil blasphemy. In a word, Hayles is willing to give up some of that much-vaunted human control. “The very illusion of control bespeaks a fundamental ignorance about the nature of the emergent process through which consciousness, the organism, and the environment are constituted.” So how do we live with creative intelligence and awakened senses in a groundless world beyond our control? How We Became Posthuman does not provide any easy answers, but it does help clarify the question that all of us should be asking.