Erik Davis
Offline Archive
• 11 years ago
publish
Check it out 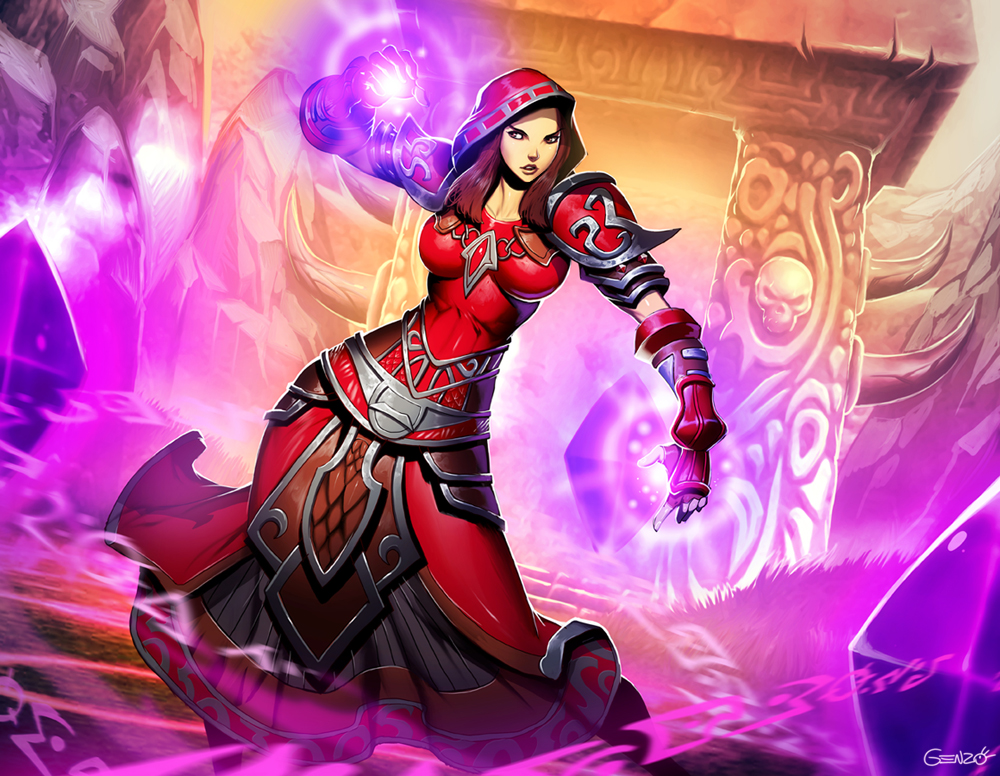 OK, so there is no way of knowing whether any of those parallel universes described by theoretical physicists truly exist. But if any of those parallel Earths are out there, I have a pretty good idea what my parallel-me is doing right about now: slaughtering stormtroopers, cruising in a brigade of airships above Vana’diel, flirting with blood elves. In other words, the parallel-me is playing MMORPGs all the frigging time. In the universe we actually occupy, however, I have decided that I spend enough time in front of the screen as it is. So my ongoing fascination with virtual worlds, and the increasingly ornate and sophisticated games people play in them, is largely — and somewhat absurdly — a spectator sport. I regularly quiz the game-obsessed, read articles and blogs, and force my pals to give me over-the-shoulder tours. But for now I remain avatar-free.

I bring up this conflicted attraction to gaming only to point out that, like many parents and partners out there, I am particularly sensitive to the divide that exists between gamers and non-gamers. This divide is different than the gap that separates, say, surfers or Scrabble addicts from the rest of us. The surfer may live in a distinct subculture of slang, skills, products, and unique physical encounters; at the same time, we all know how waves behave. And though we may suck at Scrabble, we can intuit its challenges and pleasures pretty easily.

But as William Bainbridge explains in The Warcraft Civilization, his new book on World of Warcraft, games like WoW are not even games anymore: they are worlds within which games take place. “The greater the nonlinearity, the greater the choices in general, the more the game becomes a world.” By this, and many other definitions, WoW, with its 11 million players distributed across scores of individual servers, is a world. But though we outsiders may roughly understand the gameplay and the D&D-derived fantasy genre it is drawn from, the immersive feel of this world — its tacit rules of power and progress, its parallel magical-physical laws — is only really known through playing in it.

Bainbridge has done more than his share of playing. A prominent social scientist who serves as the NSA’s Director of Human-Centered Computing, he logged a jaw-dropping 2,300 hours exploring WoW’s various landscapes, quests, races and player classes. In the course of eight chapters, he looks at topics like cooperation, economy, and identity, and his analyses — informal, informative, and sometimes profoundly geeky — are rounded out with large heaps of the in-game lore that compose the WoW universe. Each chapter begins with a first-person tale narrated by one of the characters Bainbridge ran, and is peppered throughout with samples of the dialogue Bainbridge lifted from the over 22,000 screen shots he saved over his two years of steady playing. What results is an illuminating and obsessive tour of one of the most important virtual worlds to date, which Bainbridge declares a Wagnerian gesamtkunstwerk that may foreshadow future forms of work as well as play.

As a computational sociologist, Bainbridge favors the sort of statistical analyses and algorithmic accounts of human behavior that fit WoW’s digital domain like a glove. His accounts of cooperation, learning, and economy all emphasize calculated exchange, although he admits at one point that the chief source of wealth in WoW is “murdering enemies to loot their corpses.” His nerdiness knows no bounds — at one point he explains in great detail how he created a computer program to figure out the distribution and combination of professions among a major guild.

At the same time, Bainbridge is a sympathetic and nonjudgmental observer of people living in an alternative world. In his salad days, Bainbridge infiltrated Scientology, TM, and the Hare Krishnas, and spent two long years in the Process Church of Final Judgment — a sorta Satanic cult whose rants graced the gatefolds of a few early Funkadelic records. Observing and writing about these groups close-hand gave Bainbridge a good handle on how people operate as rational agents inside arcane worlds of magical thinking; it also allowed him to satisfy his taste for role play.

When it came to WoW, Bainbridge clearly drank the Kool-Aid, and his enthusiasm as a player both enhances and complicates the usefulness of his book, since it is not always clear who the book is aimed at. Along with accessible discussions of social scientific ideas and methods and their application to Warcraft, the reader will also confront pages and pages that radiate the gleeful and geeky myopia of the obsessive gamer. As Bainbridge is not the most evocative of writers, his barrage of details about quests, landscapes, and lore does not draw us into the fiction, and as such seem more keyed to readers already invested in leveling up their WoW characters. In the fascinating chapter on learning, for example, Bainbridge offers the following aside: “Few players seem to know there is a remarkable mountain pass at Thunder Falls, where Defias bandits have a hideaway and it is possible to climb a peak that affords a marvelous view down onto Westfall.” Alright then… good to know!

Another peculiarity is Bainbridge’s decision to describe WoW’s fictions as if they were features of an actual place rather than a collaborative concoction of the professional entertainers at Blizzard Entertainment and their dues-paying clients. While he does discuss the environmental themes of some of the quests, and digs into the history of the fantasy RPG genre, he mostly just tells it as it is. This approach reflects the density of WoW’s shared reality for those who invest their time there, but it doesn’t directly address the — to my mind — much larger questions raised about the relationship between reality and fiction, actual world and gameworld. Bainbridge does loop “RL” into his discussions, but in a generally scattershot fashion. He describes how technical interruptions effect game-play (including the conundrum of the pinky finger) and spends a thankfully brief amount of time on the over-hyped topic of players with characters of the opposite gender. But he provides hardly any information on who plays this game and what it means to them in their lives.

For example, Bainbridge often makes the point that no one playing the game actually believes in the wacky religions professed by their characters. But many players share beliefs that are often quite close to WoW’s own mixture of occultism, shamanism, and mystic monotheism; in his chapter on religion, Bainbridge largely describes instead of analyzing. When Bainbridge does take the religious implication of WoW seriously, he goes SciFi, imagining a near future where NPCs (non-player characters) will combine AI and profiles based on the choices and preferences of individual players. “Speaking entirely for myself, I would consider a continued existence for my main WoW character, behaving as I would behave if I still lived, as a realistic form of immortality.” If there is any merit to this line of speculation, then Bainbridge has already taken the first step in producing this book — the oldest form of media immortality.