Perspectives on the Next Age 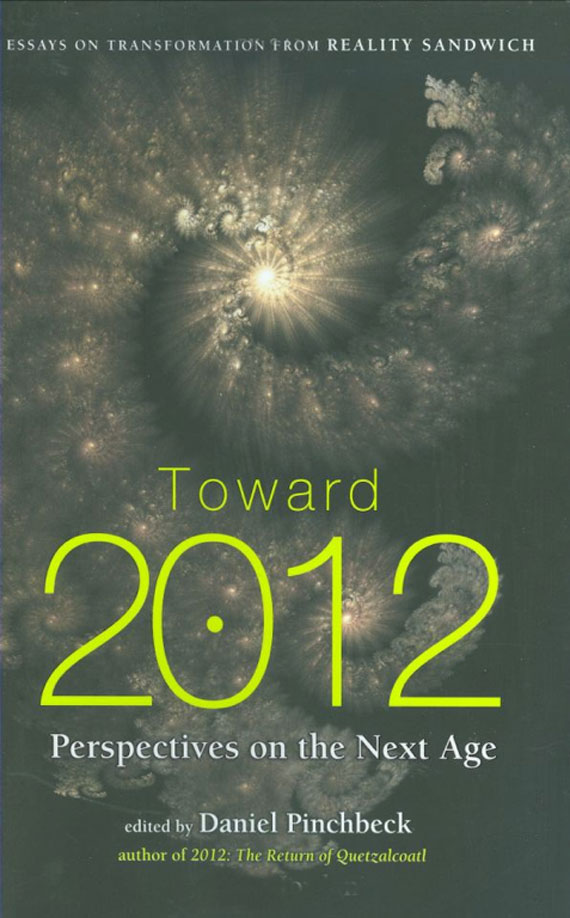 I don’t spend much time online visiting the various go-to countercultural sites. One exception is Reality Sandwich, an ongoing experiment in grass-roots group bloggery that covers alternative spirituality, psychedelic culture, modern sex, and a grab-bag of edgier “shit coming down” takes on the transformations underway in community, economy, health, and ecology. My favorite thing about the site, which sometimes posts stuff I write on here on Techgnosis, is the balance it strikes between the “bottom up” force of young turks wanting to share their raw thoughts on orgasm, aliens, and urban homesteading and a “top down” editorial force that attracts more seasoned vets and keeps the site from becoming a sprawl of chatter and bunk.

I attribute a lot of this elegant dance to RS co-editor Ken Jacobs, a careful and compassionate media activist who has thought tons about mobilizing change with online environments and social networks, and contributes one of the most useful pieces here, on “Writing Source Code for Democracy.” The other RS editor is the psychedelic writer Daniel Pinchbeck, who plays a somewhat confusing role on the site as simultaneous scene-maker, firebrand, and neo-shamanic revelator. I have clowned around and squabbled with Danny too often to take his prophetic role very seriously, but he has done an admirable job of stirring up the neo-shamanic pot and using the apocalyptic sense of our moment to get people, and particularly young people, engaged in the Whole Enchilada.

Toward 2012 is a collection of posts from Reality Sandwich that’s just come out. There are solid articles about Twitter and Dr. Bronner’s soap and the insight that Jewish Merkabah mysticism casts on the visionary landscapes of the ayahuasca swoon. The book also includes something I wrote about Burning Man 2007, when Paul Addis torched the man five days before it was supposed to go up. I am happy that that piece will hopefully see a wider audience, but I was less happy about the name of the book itself. I don’t groove much to the 2012 ghost dance, and have tussled with Daniel about it on the site, although I certainly recognize the call of the meme. Besides, I got to share the stage with some great contributors, including Peter Lamborn Wilson, David Rothenberg, media theorist Antonio Lopez, and Diana Reed Slattery, whose fascinating,  unclassifiable article “Xenolinguistics 1: Aspects of Alien Art” definitely gets the prize for Most Wondrous Article.

Some of the volume’s other contributors are not really writers, at least as I judge the practice, but maybe that distinction doesn’t really mean much anymore, when the old spit and polish serve less, perhaps, than the range of voices. In any case, the range does give the book a valuable sense of being woven from the crazy-quilt fabric of today’s counterculture, striving to make a change. But this also makes for some fuzzy second-hand ideas, not to mention some balderdash–a tendency that is not aided by the cursory and ephemeral nature of so much blog writing. Like a lot of books today, one wonders if Toward 2012  should really be a book at all. But I like the image of community that good collections provide, and I am happy that, in our hard rain, there is an umbrella that all these misfits, activists, yogis, tea drinkers, and evolvers can gather under.