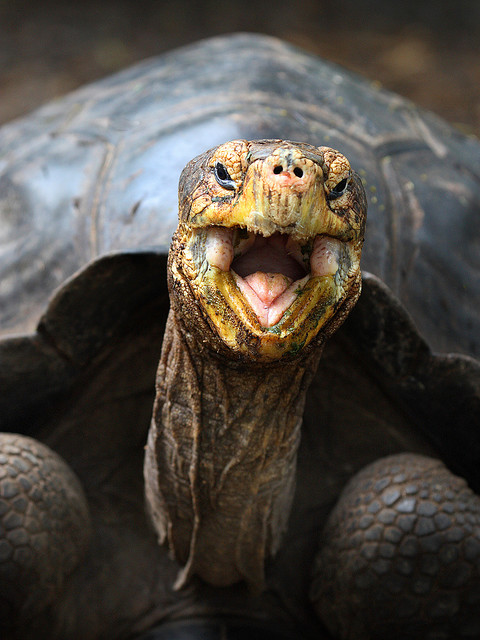 This is my “Analog Life” column from Arthur 32, which due to heavy-duty economic forces will not be birthed into print and pulp. Instead it will remain virtual, like so much in publishing, including so many of our “careers.” A fiting condition for the column that follows.

You can hardly blame anyone for feeling the fear and panic that helped drive last October’s near financial meltdown. Scanning the headlines or the newsfeeds, our eyes greeted a steady pulse of bummer lingo. “Global Recession.” “Great Depression.” “Financial Collapse.” But there was another phrase I kept stumbling across, less apocalyptic certainly but still delivered with a grim fatalism, that struck me differently. The economy, we were warned, was showing signs of a significant slowdown.

Slowdown? I don’t know about you, but I could use a bit of a slowdown right about now. Take things easy, not run around so much, maybe poke around the garden and restring that guitar. Hold a neighborhood potluck, learn emergency response, can some tomatoes. I haven’t finished rebuilding the office, and haven’t even cracked The Man Without Qualities.

OK, I am being a little facetious. After all, “slowdown” describes the debilitating stuttering of capitalism’s endless Big Bang-like expansion, an enormously powerful wave of transformation that in some manner or another floats almost all of our boats. If this immense flow of nested feedback loops, production networks, and capital flows starts to slow, then things don’t just mellow out. They start to fall apart, like a Chinese acrobat—scratch that, American acrobat—whose spinning plates lose their momentum and inevitably fall to the floor even as the poor fellow keeps his balance. That means families get pushed into poverty, small businesses close, poor folks grow desperate and rich folks even more selfish and mean.

But an economic slowdown also means a temporal slowdown, and, in the right measure, that might not be such a bad thing. A lot of us spend our days like zombies on speed, pounding caffeine, schizo-frantically multitasking, twittering and flickering, and thereby sacrificing what is really a rather brief span on this glorious ball of disquiet to the insatiable demands of work, consumption, self-improvement, and technological mediation. Is it really so horrible to imagine the juggernaut down-shifting for once, at least enough for folks to step back, take a breath, and re-assess? Certainly the planet wouldn’t mind if we all just pulled over to a rest-stop for a couple of years before buckling back in and flooring it towards the great Singularity the technologists predict.

Slow time could be seen as elastic time. Once you slow down enough, you can see all the things that need help and care, and you have more time to attend them, and more time to creatively respond to difficulties and constraints. If the slowdown is not too catastrophic, it will carve out more room in time and space for individuals and communities to take responsibility for their lives and localities and for some of the myriad grass-roots solutions that already exist to take root. There won’t be as much money floating around, but there will be more human hours and human needs, including cultural needs that might return to the fore as something more than digital distraction. Maybe music is about to get really good again.

So the next time you hear about the “slowdown,” think instead of “slow food.” Formed in support of regional food traditions and against homogenized industrial pseudo-grub, the slow food ideology is also a reaction to the digital, push-button, time-saving logic of fast food. In other words, the slow food scene is a conscious attempt to restore the depth, meaning, and complexity of the entire food cycle, from farms to family meals, and to do so through changing our relationship to time. Slow foodies encourage people to take their time cooking, and take their time eating, and they argue that the sacrifices that slowness requires might, in the end, gives us more—not just great food and the spiritual pleasure of a satisfying chow-down with humans who are paying attention to their cooking and one another, but the even deeper medicine of restoring ourselves in time and place.

Sure, the slow food movement can seem precious and fussy, and as In-n-Out burger fans like me know, sometimes fast food can be done right. But the fact that people need to create a mission state about something that was once perfectly natural shows how thoroughly we have given our lives over to the intensely linear, molecularly regimented, and globally synchronized framework of objective time that runs the modern world and its ruthless calculus. From the days when monks called the monastic hours with tolling bells, thereby organizing the days of townspeople as well, time has grown increasingly mechanized. In the late nineteenth century, “noon” for most towns in America was still the hour when the sun was overhead; then the need to coordinate train schedules forced the creation of numerically synchronized “time zones” that separated communities from the analog connection between twelve o’clock and the solar zenith. With the later spread of actual digital clocks, even the old horoscope-like clock faces go into eclipse, and the true nature of modern time is naked before our bleary, over-worked eyes: number. Modern time is a numerical abstraction, a quantity rather than a quality, and as a quantity is hoarded and spent, rather than nurtured and magnified.

But time is not just an abstract measure. Time has its own moods and seasons, like a landscape of hills and valleys, dense forests and placid seas. We have trouble sensing this landscape because we are taught to think of time as homogenous and purely objective, a vision that is reproduced by our quartz watches and digital clocks and all the other temporal mechanisms that humans have been  hammering out since Paleolithic shamans started tracking the moon with marks on bone. But even this objective-mechanistic view of time is melting down, as media and technology push our minds and productive capacities towards absolute speed. So whether you are a 2012 synchronicity groupie or a technofuturist charting out the oncoming Singularity, to say nothing of a fast-food slave in Bangalore whose every bathroom break and basket of fries is tagged to the nano-second, you can feel a tectonic shift rumbling in the flow of moments. Our times feel like the endtimes not because time itself is ending, but because the conventions of time may be ending.

This does not mean we are going back to the world before the monks and their pesky bells. The quickening is happening and the feedback loops are feeding off each other too fast to stop. That said, there is no reason we cannot take advantage of whatever slowdown lies ahead to open up to a more multi-faceted and integrated sense of time, a sense of duration as well as intensity, of slowness as well as speed. This process, I suspect, begins within, which is why I am spending a chunk of December in an isolated hippie dome in the shadow of Kilauea on Hawaii’s Big Island dog-sitting for a pal. There I hope to play with the Zen master Dogen’s claim that “being is time”. In other words, we don’t just move through time or submit to time or make time—we are time. And beneath the whirring of my own relentlessly chattering forebrain, which I hope will produce a large quantity of written words, I hope to dip my sould into the deep slow river that sinks all the way into the bubbling magma of earth.