Erik Davis
Music
• 11 years ago
publish
Check it out

Reveling in the Spoils 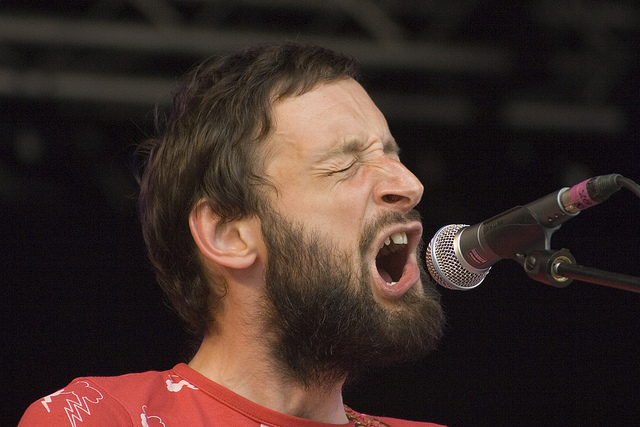 A Scottish singer-songwriter with a number of spare and lovely folk albums under his belt, Alasdair Roberts goes for the prophetic gusto on his new one, the powerfully strange and visionary Spoils. Backed by a loose rock combo, Roberts avoids the nostalgic jelly of neo-trad folk for a dynamic but intimate rock vibe that is ragged in all the right ways. Yes there are hurdy gurdies, finger-picked acoustic guitars, and songs about walks in the mountains. But Spoils sounds also sounds like today, a haunted series of scurvy dreams, dark enchantments, and apocalyptic rants about our “makeshift age of follies.”

The first tune is perfect example of this fusion of times. “The Flyting of Grief & Joy” is a chiming wonder in which Grief and Joy are allegorical figures that move like fantastic icons in an old lithograph. The song begins as a “Waltzing Matilda”-like lament about war, but like most of the tunes on the album, greatly expands its reach as it goes along, and so comes to somehow compass the course of civilization itself, a violent but still stirring march that ropes in Zoroaster and Mithras and the devil, all banging out the roundabout refrain of the same-old same-old:

A typhus skin, a toe of bone, a bloody libel burning,
And Jericho and Babylon, eternally returning.

One of the tricks that Roberts pulls throughout the album is that, while any given section of music sounds relatively conventional folk or rock tune, the songs themselves seem longer than they should be and unexpectedly dynamic in structure. Most flower halfway along into whole new stretches of tune, with rhythmic, melodic, and lyrical developments thaextend the vibe onto a deeper and usually darker plane. The language too, while being gnarled and classic (sistrum, mulch, scurvy, bilious, saturnine), also takes on magical quality, like the Shakespearean excess of Deadwood’s dialogue—a linguistic fantasy thick with historical resonance.

The most important historical resonance here is Roberts’ strong sense of counter-modernity: the imaginative resistance to the industrial world and all that has slouched our way since. This resistance is almost a definition of neofolk, in its invented but sometimes deeply soulful traditionalism, but Roberts brings this undertow to the surface of his words. At the same time, Roberts knows he is as modern as the rest of us, using electricity to make his sounds—when he grumbles about the “the sound of industry ringing” in the lovely “You Muses Assist,” he unleashes some good electronic skronk, and seems to be enjoying himself.

But not as much as he enjoys invoking a half fabled medieval psaltery in “The Book of Doves.” Sounding only halfway like a trad song, this enchanted tune, with its oddly sprung rhythm, resists our virtual age by invoking a hoary and fantastic book in all its material glory: bound in vellum and wolf-skin, encrusted with amethyst and other jewels, inscribed with the iconography of the cross. Its a familiar medieval image, yet somehow seems worlds away from the ancient books that infest role-playing games like World of Warcraft.

This visionary resistance to our age and its “sterile rounds and simulacra” grows especially strong in “Ned Ludd’s Rant,” where Roberts channels the half mythical guy who inspired the original Luddites in their destructive attacks on early industrial machinery. This great, visionary song contains, among many glories, one of the most withering assessments of our hyper self-referential culture of appropriation and copying I’ve heard:

Now the age has come to dust, we’ve seen the death of wonder
Now we rob grave-robbers’ graves and redisplay the plunder.

Ow. Roberts is still moved by wonder of course—indeed, the romance of his kind of folk music, which sounds trad but is not, emerges from its commitment to an atmosphere of wonder and transport. But rather than go spiritualist and call for a new sacralization of the world of things, Roberts/Ned is more brute: “the world must be rebarbarized.” Has it come to this?

With lines like this, Roberts achieves a tone of visionary judgment that reminds me of Dylan at his most prophetic. Nothing in the Scottsman’s earlier records anticipates this intensity, freighted as it is with “the heft of the darkness behind every star.” But Roberts is not content to rant. He also goes the extra turn, and shines that scorching light on his own artistic production. In the dreamlike “So Bored Was I (Dark Triad),” he addresses his own art, now seen as simply a distraction in the face of the awesomeness that will swallow us all:
The music of our tethered sphere is only silence failing
It’s mere distraction, mere veneer
While we wait the great unveiling
This is music that burns itself before your eyes, changing your vision of things as it fades. 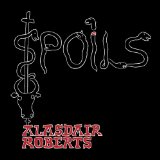