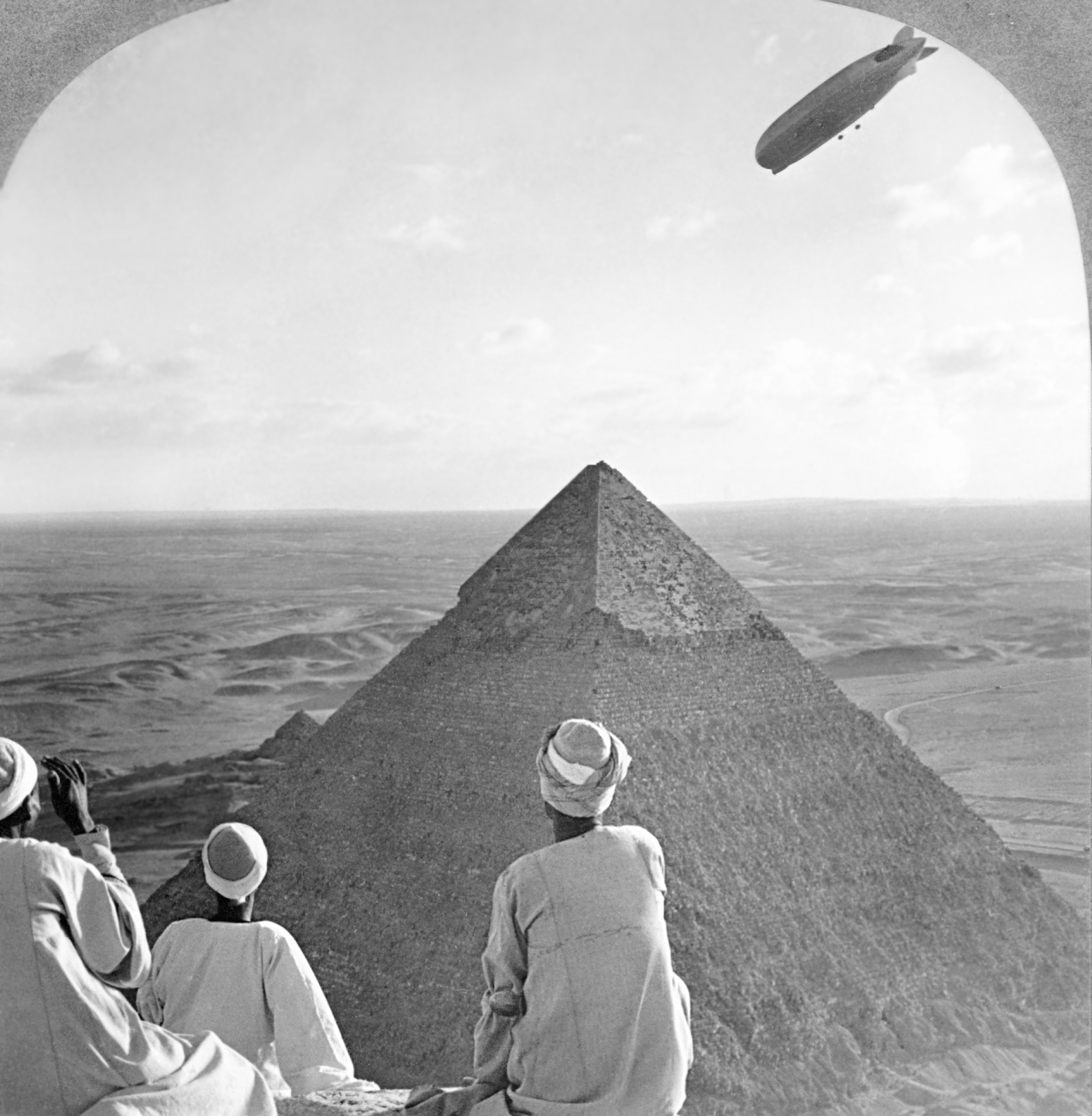 Back in the 1970s, in lunch rooms across the land, kids told a tale about a band from Britain who had sold their souls to the devil. The band was Led Zeppelin, and though the rumor was poppycock, the fact of the rumor is not, because it reflects the literally mythic stature that this ferocious and fabulously successful band achieved. People loved Zeppelin, and for good reason: the group crafted some of the crunchiest and most evocative rock music ever made. But there was also something preternatural about them, even a little spooky.

Just look at these fellows, circa 1974. Robert Plant flounces around the stage like a horny faun, and when he’s not cribbing old blues records, he sings about Vikings and The Lord of the Rings. Jimmy Page has occult symbols stitched to his pants, and he plays guitar with violin bow and a mastery that borders on mystery. The hulking John Bonham is sometimes called “the Beast,” and he pounds drums and booze and occasionally people like one. Finally there is the demure John Paul Jones, the bassist, keyboardist, and ace arranger, who seems like a nice guy, the Zeppo Marx of the bunch.

There was plenty of sex along with the sorcery. The morphology of Plant’s blue jeans alone laid down an ideal against which all cock rockers have had to measure themselves. But what really got to folks, and what you can still hear thirty years later, is Led Zeppelin’s unparalleled power: the power to seduce and enchant, to sell gazillions of records, and to play louder and longer and looser than any other chart-toppers. Back in the day, a lot of people thought their stuff sounded crude. Today it sounds prophetic: big heavy beats, trippy folk, atmospheric production, blistering attack.

Led Zeppelin emerged in 1968 from the strange brew of British blues-rock and called it quits in 1980, when Bonham drowned in his own vomit after one truckload of vodka too many. Mothership gives you the peaks of that journey, providing a straightforward chronological sampling of the band’s evolution through eight studio albums. The restless pop-punk drive of “Communication Breakdown” returns a few years later as the myth-metal of “The Immigrant Song.” The band’s famous language of “light and shade,” wherein mellow balladry jumpcuts into blitzkrieg riffs and back, runs from “Babe I’m Gonna Leave You” through “Ramble On” and on to the sublime “Over the Hills and Far Away.” The glowering Norse-rock of “No Quarter”, which lays down the template for a thousand doomy metal bands to come, heads toward the exotic East for the cosmic “Kashmir.”

Zeppelin was the ultimate album band, which means that their collections always feel cramped. But like Christmas, they keep on coming. Mothership is at least the third two-CD collection, and they all feature remarkably similar track listings, which tend to highlight the obvious rockers at the expense of the softer stuff. Because it includes the Tolkienesque “Battle for Evermore,” the 2002 collection Early Days and Latter Days may even be a tad more satisfying than Mothership. The same cannot be said for the collection’s corny sleeve, which shows the band dressed up as Apollo Astronauts.

Of course, Mothership is also remastered, or re-remasterered, or maybe re-re-remastered. What this mostly means is that you can hear John Bonham like he has moved his drum kit into your brain. And this is a good thing. John Bonham may not be rock’s most sophisticated or energetic drummer, but he is certainly its heaviest, and definitely one of its funkiest. Just listen to the deep groove of  “Trampled Underfoot” or the oft-sampled “When the Levee Breaks.” Bonham is also the highlight of the recently spruced-up soundtrack to the concert film The Song Remains the Same. Though occasionally incendiary, the 1973 performance is sloppy and seriously subpar, and the extra tracks aren’t half as good as the material on the live collection How The West Was Won. But Bonham carries the day: a primeval booty monster at the top of the heap, climbing toward heaven.