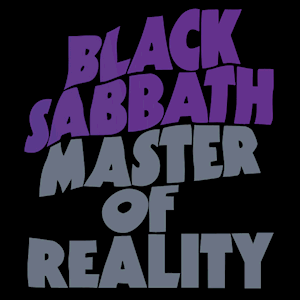 I got something to thank John Darnielle for, and it has nothing to do with his act the Mountain Goats. A number of years ago, my pal Julian Dibbell, who is friends with a pal of Darnielle’s, told me that Darnielle was planning to write a book about Led Zeppelin. I don’t know if it was true then, but hearing that this clever and funny wordsmith was going to take on my favorite band in high shcool made me realize how much I wanted to write about the group. I was already contemplating pitching a 33 1/3 book to Continuum, and so I settled on Zeppelin’s nameless fourth record. And then I had more fun writing it than probably any other long project I’ve done.

Now Darnielle has written on Black Sabbath’s Master of Reality

for the same series, and the parallels continue. There’s no other classic metal in the series, though Eric Weisbard did take on the glam excess of Use Your Illusion (I and II), and some dude named DX Ferris will soon have his way with Slayer’s Reign in Blood. More to the point, I wrote my Zep book from the perspective of an adult music-critic weird religion guy trying to evoke and articulate the emotional intensity I experienced as a sullen 15-year-old transformed by powerful and spooky heavy metal. Darnielle did one better, and wrote his book in the voice of a sullen 15-year-old so transformed.

We first meet the unnamed narrator through the journal entries he is compelled to keep by the doctors who run the Southern California psychiatric treatment center where he unhappily finds himself in the fall of 1985. The kid’s main beef is that they have confiscated his Walkman and tapes, and especially his beloved cassette of Master of Reality. The first half of the book chronicles the kid’s quasi-articulate rage and Sabbath obsession, while the second half consists of letters the same kid writes, ten years later, to the doctor who had been in charge of the institution at the time. The young man is now slaving away as an alienated restaurant manager in Pomona when he comes across his old tapes, and writes the letters as a way to reflect on the kid he was, the music he loved, and his still-potent anger at the institution’s refusal to let him save himself through music.

I found the conceit kid’s teenage language a bit forced at first, but I quickly warmed to it. Criticism, Darnielle realized, cannot really convey the escapism, imaginal power, resignation, and grim hope that compel many an anguished young man who feels “preemptively ruined” to dive for refuge into the lava pits of metal. You need sometime more like memoir, but making it a forced memoir is a stroke of heavy smarts. There is not a lot of fictional detail or narrative. Mostly you just hear the kid’s voice—pissed off, arrogant, hurt, devoted—and then the even more fascinating man’s voice, who sees deeper, clearer, and even more darkly.

Sabbath is a challenge to write about because the resist and overwhelm conventional critical tacks. Joshua Glenn just had a field day with his literary sleuthing over the origins of “Iron Man” in the Boston Globe. With his layered voices, Darnielle manages to both get inside and reflect upon the half-mute interior of adolescent metalhead psychology while still creating plenty of room to say great things about a great band, whose peculiar character is far better suited to this confessional criticism than, say, the more grandiose and literate Led Zeppelin.

Many of Darnielle’s critical insights ring true, like a mallet on heavy boots of lead:

Ozzy on Master is like a preacher, a totally crazy preacher and nobody is listening so it just makes him more insane.

Black Sabbath understood: no matter how positive your message is, there’s going to be something dark about it at the bottom. Something working against the good, even in the goodness. As if all messages were useless, and all messengers knew it, but the whole process of people trying to communicate with each other just keeps going, because it doesn’t know how to stop.

The melody [to “Into the Void”] sounds like that one kid in the middle of a schoolyard who’s taunting all the other kids, and he knows they’re going to kick his ass as soon as they get tired of listening to him, so he’s getting his money’s worth.

Only now, after finishing the book, do the hardcore Christian convictions that Ozzy so peculiarly proclaims in “After Forever” finally make sense to me. And now they make total sense, because Master of Reality is all about metal’s Great Secret: the  redemptive power of the dark.

Still, all this brute rock crit pales beside the portrait of the narrator, the nameless heavy metal fan who is okay being nameless because he knows all the action is on the inside, behind the names and faces.

In the book’s best scene, the guy has to go to work early in the morning to prep hamburger patties. As he blasts “Into the Void” at full volume on a ghetto blaster (this is 1995), he stuffs meat into a machine the staff call the Beefinator, his hands dripping with blood. The load roar of the machine changes pitch as the carrion is forced into its mouth, making a whiiiiiiine and then a droooooone and then a whiiiiiiine  again, and he’s screaming out the words until he melts into the “fuzzy groove” of the song and then it’s all love, all the time. That’s the message of this weird album, in his view and, after you read this book, maybe yours as well. “Peace, peace, peace, happiness, happiness, happiness,” a message made more real by its conext, this “sticky lightless place,” this monumental throb of pain.