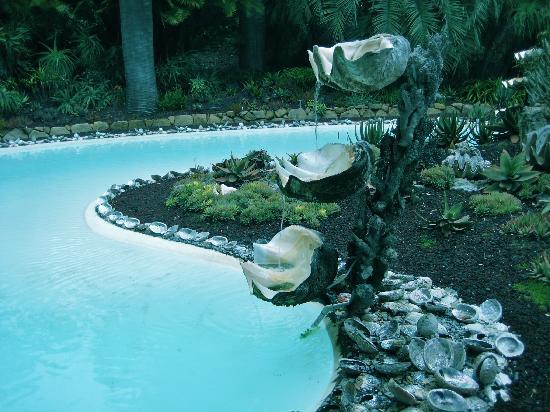 When I was writing The Visionary State, my book about alternative spirituality in California, I had the opportunity (and the excuse) to visit scores of sacred and eccentric sites in the state. It often seemed that the more sites I visited and researched, however, the more sites I discovered, so the pilgrimage became endless, like all pilgrimages perhaps. Last week I got to check off another box by visiting the lavish and peculiar gardens of Lotusland with my folks. The garden lies in the tony Montecito foothills near Santa Barbara, and the relevance to my project goes beyond the Orientalist name of the place. 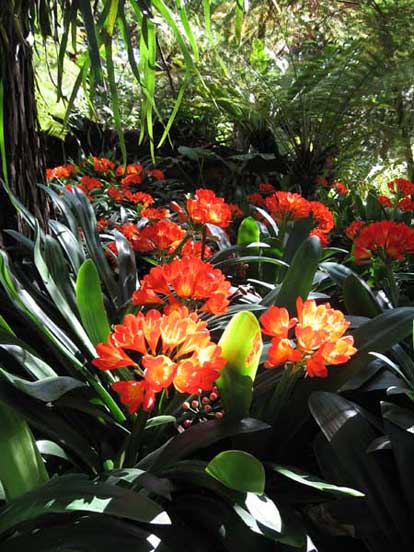 The garden’s theatrical environments and flora exotica were masterminded by Ganna Walska, a wealthy and fabulous Polish opera singer during the 1920s and ’30s who, in addition to wending her way through Euro-American high society while pursing a fitful career on stage, became increasingly interested in spiritual matters. Her autobiography, Always Room at the Top (so untrue!), reveals encounters with mid-century mystic figures like Paul Brunton, Meher Baba, and a mysterious “Mr. L.” Though she married a number of times to high strutting gents, Walksa was a very independent woman, and carried this autonomy into her spirituality as well. Often disappointed with the gurus and teachers she’d meet, she came to believe that the wisdom she sought was most likely found, in the end, within herself. In this, she was an exemplary Californian.

Things got a little more tangled with Theos Bernard, a charismatic and driven American yogi who traveled and studied extensively in India and Tibet and who contributed significantly to the culture of hatha yoga in America. Walska met Bernard in New York in the 1940s, and the two began a complex relationship that ultimately culminated in a brief marriage, though her feelings for the man—roughly twenty years her junior—were always heavily touched with the maternal. Walska paid for the publication of Bernard’s Hatha Yoga, a book that presaged the rather no-nonsense, down-to-earth approach that characterized hatha yoga in America during the 1950s and early 60s. Bernard also introduced Walska to the warm spiritual vibes of California, where she soon purchased two properties near Santa Barbara. Anticipating the California love of “lands” (think Disneyland and Neverland), the pair dubbed Walska’s somewhat dilapidated Montecito garden estate Tibetland, while the property she gave to Bernard was given the alluring name of Penthouse of the Gods. The relationship soon soured amidst some financial shenanigans by Bernard, including Bernard’s appropriation of some of Walska’s extensive collection of Tibetan art. Shortly after the couple split, Bernard was killed in western Tibet during a sadly familiar spate of violence between Hindus and Moslems. 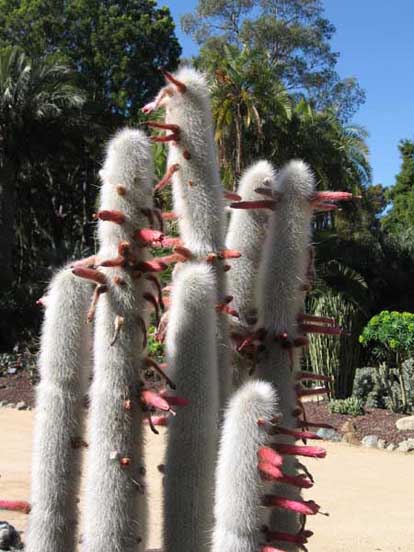 Walska renamed her estate Lotusland, a less doctrinal formulation of her spiritual intent. The lotus is one of the most iconic sacred plants, of course, particularly in the seeker scenes of the twentieth century, with their transplanted Hindu and Buddhist traditions. Walska’s gardens became more an expression of the horticultural imagination than the holy refuge for Tibetan lamas that Bernard had imagined. Still, the eclectic whimsy, bold inventions, and theatrical juxtapositions of Lotusland do, it seems, express a recognizably Californian spiritual temperament. One item in the Italian gardens that abut the main residence seemed to some up this sensibility: a 15th century baptistery filled with goofy, pastel echevaria succulents. 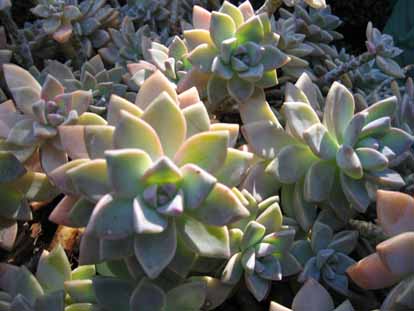 There are many treasures at Lotusland, even for folks like me who ignorantly unable to drool over a world-class collection of rare cycads (a word I don’t even know how to pronounce). The famous “blue garden” includes appropriately-colored items like agave, atlas cedar, and iceplant, while the paths are decorated with hefty chunks of marine blue glass. Near the enormous new cactus garden, surrounded by oddball topiary, lies an enormous garden clock decorated with astrological glyphs; across a great lawn, in the “theatre garden,” stands a convocation of high-class stone Ren Faire garden gnomes. Near a patch of Dr. Seuss-worthy aloes lies a small pool fed by fountains made of enormous clamshells and ringed by faded but still slightly iridescent abalone. 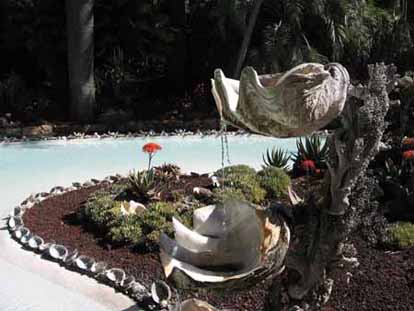 The main residence, a pink Mediterranean estate, is surrounded by splendid cacti, including pot-bellied fellas and a number of probably psychedelic trichocereus. Most bizarre are the enormous succulent trees—Euphorbia ingens, my book tells me—some of whose tangled, apparently decaying limbs dangle and droop like weeping willows or the twisted, uncut fingernails of ancient warlocks. 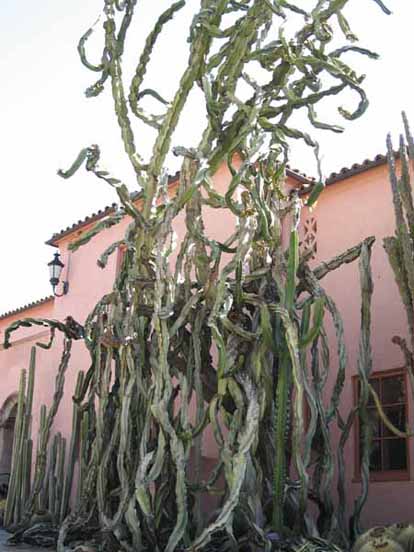 I swooned to the hot pink blooms in the cactus garden, the madcap aloes, and the candy corn flowers popping out a few of the epiphytes. But my favorite growing things were actually the trees, whose character was unusually pronounced for the more human scales emphasized in heavily cultivated gardens. (Many of these trees were planted by the estate’s original owners in the late 19th century.) Hovering over the charismatic plants were enormous gum trees, cypresses, olives, and the biggest live oak I have ever seen, its massive python limbs propped up with a number of crutches. The most amazing ent of all was an almost fluorescent lime green beauty in the otherwise disappointing butterfly garden. No-one around me could identify the thing, but it seemed to have popped up from the dreamtime. 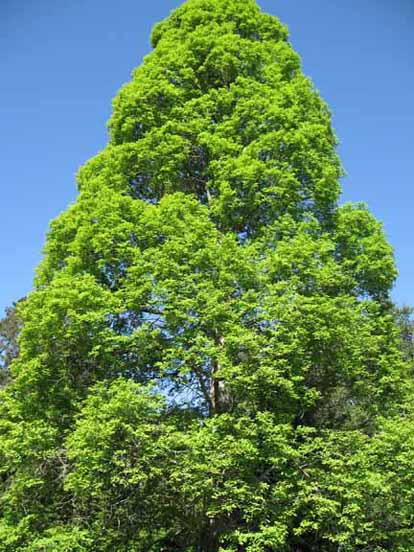 I think gardens are great places to visit even if, like me, you are not a green thumb or a maniac for taxonomy. Many lie not far from city centers, but allow you to step away from the asphalt maze and to mingle with fragrant, lazy growing things. On the one hand, the garden is as thoroughly cultural as an opera or a miniature golf course, but it still mobilizes the organic marvels that more entrepid nature walkers find in more uncultivated, but often much less densely amazing, environs. Visiting gardens, you can totally geek out on plant lore and landscape design, but if you don’t, it’s no big deal. You can just drift along, luxuriate and dream. The garden doesn’t care.