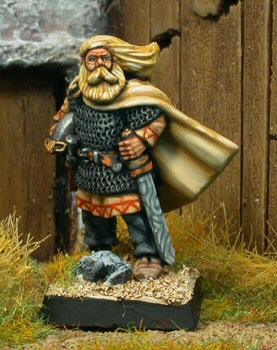 As part of a celebration of and two-for-one special on the 33 1/3 series of rock books, Powell’s Books asked some of the authors to submit entries to their blog. Here’s mine:

The notion of the guilty pleasure is a funny one when it comes to rock or pop music. This is music we listen to because we like it, right? Nuff said. It’s like those “God said it, I believe it” Christian bumper-stickers: I dig it, therefore its good.

But a lot of the stuff we like is stuff we like so much that we want to explain why we like it, to justify our pleasures, to praise or argue about value. This is especially true if you are, like me, one of those goofballs who write articles and books about pop and rock records. But here’s the rub for the pop-rock scribe, whose ranks have only ballooned in the wake of the Internet and the rise of the music blog: is all the music you love worth writing about? Or is some of it too trivial, lame, regressive, possibly even, you know, wrong? Amidst our refulgent culture of sonic hedonism, when everything is loved by someone, the general critic still has a peculiar privileged access to the guilty pleasure: the band that consensus (or our friends) dictates we really shouldn’t like, for political or aesthetic reasons, or that if we do like we shouldn’t be too loud about.

I faced that issue a bit when I decided to pitch David Barker about a 33 1/3 book on Led Zeppelin. I wanted to write about Zep because they were my favorite band in high school, and very few critically substantial things had been written about them. But while Zeppelin is now generally loved and even revered, in their time they were widely reviled and mocked by hipster rock critics, and they remain a bit embarrassing at once too blue-collar and too sword-and-sorcery and too ridiculously successful for substantial verbiage. Its no accident that, with some important exceptions, almost everything written about them are tawdry tell-alls or fangeek lore. And that was part of the fun of writing my book: I wanted to see how seriously I could take the sonic fictions that Led Zeppelin created, and how deep the rabbit hole of occult interpretation would take me. It went pretty dang deep.

Thing is, I have never felt an ounce of guilt for my unwavering love of the Zep, even when I was an indie-rock DJ in the late ’80s. And because I have written for many years about hard rock and metal (among much else), I am used to the penumbra of white-male adolescence that radiates from my musical tastes.

But I gotta tell you: this metal record I’ve been obsessively listening to lately really gives me pause. The album is by a Swedish band called Amon Amarth, and its called With Oden on Our Side. I don’t know why they spell it “Oden;” I guess it’s a Scandinavian thing.

My concern has nothing to do with Amon Amarth’s particular subgenre, which is death metal. I have no problems with the cookie monster vocals that can seem so repellent or at least risible to non-metal fans. (In fact, it must be said that vocalist Johan Hegg is an exceptionally powerful, communicative, and nuanced growler.) I think its perfectly OK to enjoy a band who have completely fabricated their identity, which in this case is the Vikings of yore. Nor does my guilt reflect the pagan-heathen imagery that Amon Amarth therefore revel in. When they sing about Wagner myth shit like Nifelheim and Mjollnir, it’s golden.

My problem is not with the sorcery. It’s with the sword.

Let me explain. I’ve done tons of meditation and yoga in my time, but lately I’ve been eating burgers, going to the gym, and lifting free weights. I perversely enjoy the absence of holistic “spirituality,” as well as the alienation and solitude enforced by the almost universal use of the iPod. I started out listening to hiphop and jazz, but now I pretty much only listen to metal, the blacker and more epic the better. Lately I’ve been grooving to Wolves in the Throne Room, Celestiial, and Deathspell Omega. But With Oden on Our Side is the heavy in heaviest rotation.

Though their name is hard to spell or remember, Amon Amarth has the rare feature among death metal acts of including perfectly comprehensible lyrics, which in their case almost exclusively concern violence, savagery, battle, and death all in an old-school, quasi-historical, pre-Christian Viking mode. It is not all about triumph. In the first song on the album, the singer describes bashing the skulls of his enemies, but then faces death himself:

Like some classic ’70s metal, Amon Amarth’s tunes are unusually narrative and immersive. Heggs sings like a bard and gives you more play-by-play than you usually expect (or maybe want). In “Gods of War Arise”, he describes a bout of rape and pillage in some sadsack hamlet up-river:

That’s pretty funny. But it sounds rather more impressive when backed up by music that fuses powerful primal but off-kilter rhythms, old-school Iron Maiden harmonic arpeggios, and aching chord progressions that speak of ice and trolls and twilight.

Obviously this stuff is fantasy, and you can enjoy it the way you might enjoy slasher movies or playing the Horde in World of Warcraft. But there’s something a bit disturbing about actually drawing strength from this music, physically and emotionally, which is what I do when I’m pumping iron at the limits of my capacity. My teeth clench, that annoying work-out grimace sneaks onto my face, I don’t know if I can pull it off, but there is Hegg in my earholes, roaring:

Raise your swords up high!
See the black birds fly!
Let them hear your rage!
Show no fear!
Attack!

And I’m like, I can do it! I identify with the blood in my arms, I feel a momentary rush of power over a life that usually diddles around like an aimless pinball, and I know that a great noble might lies behind our suffering, even our ultimate failure.

Then I’m scratching my sweat pants and sipping some bottled water and fiddling with my crappy headphones. It dawns on me: aren’t these precisely the sorts of emotions that con young men into stupid deaths in stupid foreign wars? Isn’t this the vibe behind those recruiting ads for the Marines that feature sword-wielding videogame he-men of yore? The dark power of this music isn’t nihilistic horror-show Satanism or gangsta thuggery it is violence that is proud and noble, a source of cultural identity.

Maybe I’m taking the Viking schtick way too seriously, but am I grooving on proto-fascist energies here? I mean, everyone knows the Nazis had the coolest boots, but that doesn’t mean you wear them. I also know that some of the cruder heathen heavy metal bands out there those Ragnarockers obsessed with Thor, Odin, and other Norse lore are straight-up racists and bunkered nationalists. Amon Amarth doesn’t appear to fit in this category, but I don’t really know now, do I? Things are getting testy in Europe these days, and I wouldn’t be surprised if Hegg doesn’t like falafel or bagels as much as I do.

And even if Amon Amarth’s politics are right as rain it doesn’t matter. Exulting with these energies, I still feel, well, guilty, as if my pleasure, and especially the pleasure I sometimes take in fierce and epic articulations of alienation and rage, has stained me with the unwholesome forces that are drawing our world into the pit.

Pump on, noble warrior, pump on!