Erik Davis
Psychedelics
• 13 years ago
publish
Check it out 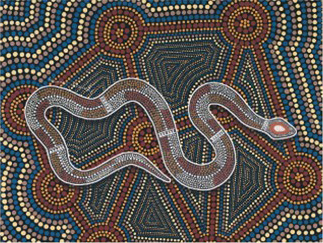 The anthropologist and author Jeremy Narby hit the intellectual freak scene in 1998 when he published The Cosmic Serpent, an audacious, intriguing, and entertaining dose of righteous mind candy that grew out of his decades-long explorations—both personal and scholarly—of the ayahuasca-swilling tribes of the upper Amazon. A Canadian living in Switzerland—at least when he’s not researching in the jungle or working on indigenous rights—Narby is no bug-eyed hippie prophet of “the tea.” He is a grounded, sensible fellow with a dry wit, an unromantic but respectful view of shamanism, and an allergy to vaporous supernatural claims. (In Europe he also sometimes performs with the guys behind the Young Gods, a seminal Swiss industrial band that led the Wax Trax pack back in the day.) While Narby’s head has definitely been broken open, his book does not spend a lot of time on the “spiritual” import of the jungle brew. Instead, Narby focuses on one of the biggest claims made by the Amazonian shamans: that their ritual ingestion of the hallucinogenic brew not only brought them contact with the spirits of animals and healing forces, but actually gave them knowledge—actual data—about the workings of the jungle around them.

After all, some sort of weird data transfer is going on in the jungle (though its hard to say it reaches the increasing numbers of spiritual tourists who are now hustling down to the Amazon and transforming shamanic culture with first world dollars). The existence of ayahuasca itself may be one of the greatest mysteries. Ayahuasca is not one plant, but a relatively complex brew that requires a fair amount of preparation. How did the old ones know that, out of the 80,000 some species of plants in the jungle, only this vine, combined with that shrub, and then boiled down into black gook, can produce the mother of all trips (not to mention some grade-A karmic Drain-O)?

Narby takes the mystery one step further: could the shamans be right? Could the brew, which one informant calls “the television of the jungle,” facilitate the knowledge of the jungle? To approach this question, Narby attempts to “defocalize” his gaze so that he can perceive science and indigenous understandings at more or less the same time. This trippy conceptual exercise leads him to the central mindfuck of the book: that the serpents that commonly slip into the visual field during ayahuasca trips are a figurative expression of the ultimate source of ayahuasca’s visionary communiqués: the coils of DNA. Ayahuasca is not just a head trip – it is a communication with the “global network of DNA-based life.” Narby is no true believer, and he is somewhat startled by his own hypothesis, but that makes it all the more compelling, and the lengthy notes in the back of the book prove he is doing more than riffing.

After co-editing a powerful collection of first-hand reports of Western encounters with shamans, Narby came out with the book Intelligence in Nature. Rejecting the idea that plants and “lower” animals are mute mechanisms, Narby uncovers scientific evidence that impressive feats of cognition are going on outside the precious smartypants club of the higher primates. Narby looks at bees capable of abstract thought, and unicellular slime molds who are able to solve mazes. Perhaps inevitably, the book is not as wild a ride as The Cosmic Serpent, and Narby spends too much time describing his mundane journeys to research labs and too little time wrestling with how “intelligence” relates to choice, or awareness, or intention. Nonetheless, the book is a worthwhile example of Narby’s “defocalized” gaze – an undeniably scientific appreciation whose inspiration lies with the fundamental shamanic belief that other creatures, and even some plants, are, in their own world, “people” like us. —Erik Davis

Jay Babcock’s cool interview itself can be found here.