Erik Davis
Personal Essays
• 13 years ago
publish
Check it out

The Power of Nightmares 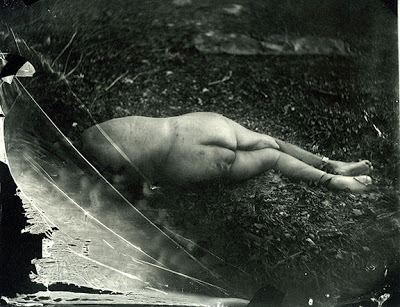 I have had strong nightmares off and on throughout my life, and rather than fear them, I have come to enjoy their ingenuity and emotional power. I remember one dream from long ago that ended with the site of a rotten corpse hanging from a lonely gibbet in some godforsaken desert, and what stayed with me was not the image but the overwhelmingly intense emotion of nausea and existential distress that overcame me in the dream. I woke up wondering: with the near exception of watching Alien on the big screen as a ten-year-old, I have never had anything close to that emotion in real life. So how did my soul do it?

This line of questioning is in part a product of my general attempt to escape suffering by aestheticizing it, by learning to appreciate its particular texture, its intelligence. A few years ago, when I had a series of truly terrifying apocalyptic and paranoid nightmares that were stamped with an even more disturbing sense of objectivity, I began to savor and even nurture the quality of my bug-eyed reactions immediately upon awakening. In one dream, a relatively conventional end of the world scenario—tsunamis, highrises falling—was topped with a far more disturbing narrative when it became clear that an alien “reality virus” was infecting the world and destroying the very composition of reality. As these invisible psychic code critters were just about to reach my flesh, I had a flash and realized, in the dream, that these beings were struggling to survive in a hostile universe, just like me. They acknowledged my recognition of them, and that gave me a modicum of peace as they annihilated me.

Obviously my ability to recode my nightmares has a lot to do with cinema, for while I am not a huge horror fan, and do not care for B-movie gore in the least, I have a tremendous admiration for the visceral and atmospheric dread of more psychological horror. Some months ago, my pal Wef, who has written a few screenplays, decided he wanted to try his hand at scripting a  horror film. For a screenwriter, horror is a tough nut to crack. Horror fans are a jaded lot, and so you always need to come up with genuinely novel situations, even as the basic and familiar emotions of freaked-out fear and disgust are triggered. To stir up some ideas, Wef asked his pal Beeb—who is plagued by phobias and nightmares—about her greatest terrors, and she created the following list.

The list, which I have read and savored many times, shows that Beeb’ imagination in an infernal maestro, a wizard of dread. Even if you have stumbled across most of the scenarios before, it is palpably clear that her phobias, shaped by both dreams and the horror genre, have the specificity and awful sense of psychic force that animate our most articulate fears: those fears that possess, almost literally, a life of their own. These are the kinds of fears that, say, marked Lovecraft’s dark dreamlife, and which accounts for some of the continual power of his tales, a number of which were inspired by his nightmares.

After a dynamite beginning, the list grows a bit generic in the middle, but please stay on for the final number, which wins five gold stars in my Necronomicon.

1. Someone gets their eyeballs ripped out and gets other eyes sewn into the sockets…you remember the dream…Stepford Wives freaky (a recent dream)

2. Alien brain parasites take over human minds, only you can’t tell who’s been affected and they’re going to do something awful

3. Getting swallowed up by they ground – sand, bog, quicksand, earthquake…

4. Being slowly digested by a slimy mass…okay, well, the blob, yes, something like the blob (an early terror spawned by a short story in the horror genre I read)

5. Being the last person on earth with evil ghosts roaming about (an early dream)

6. Getting consumed alive by a swarm of insects, piranha, worms…slowly, in sections (a 20-something dream)

7. Sleepwalking and digging up a grave only to awaken to one’s senses inside the pit face to face with a rotting corpse (an early dream)

8. Being possessed by an evil spirit

9. Being around someone possessed by a demon

10. Being isolated with no recourse and something awful is happening…I know it’s been done before on alien, event horizon, the omega man, solaris, the xi-files…but damn it’s effective!

11. Falling from a great height – off a cliff, off a building (perpetual phobia)

12. Being burned alive – this is one for the with trials…how awful! (perpetual phobia)

14. Slowly suffocating…being buried alive, or worse, locked up in a mausoleum or in the catacombs (a la Fortunato)

16. Clowns…monster under the bed…monsters in the closet – the usual suspects that FREAKED me out as a child (early phobia)

17. Okay, with Session 9, the ice pick lobotomy thing tweaked me out

18. A homicidal maniac searching for me…only there’s no where to hide (ongoing dream series)

19. Rotting away, yet still being conscious and trapped in the body

20. Having radiation poisoning and having your skin slip off (freaked me out after the Vietnam war and also reading about Hiroshima)

21. When I was a kid in the emergency rooms getting stitched up so many times – often my head: eyeballs, brow, chine – I was terrified that the doctors were going to tear my face off and I’d be left screaming with no face – just a gory mess, ruined and suffering a painful slow death