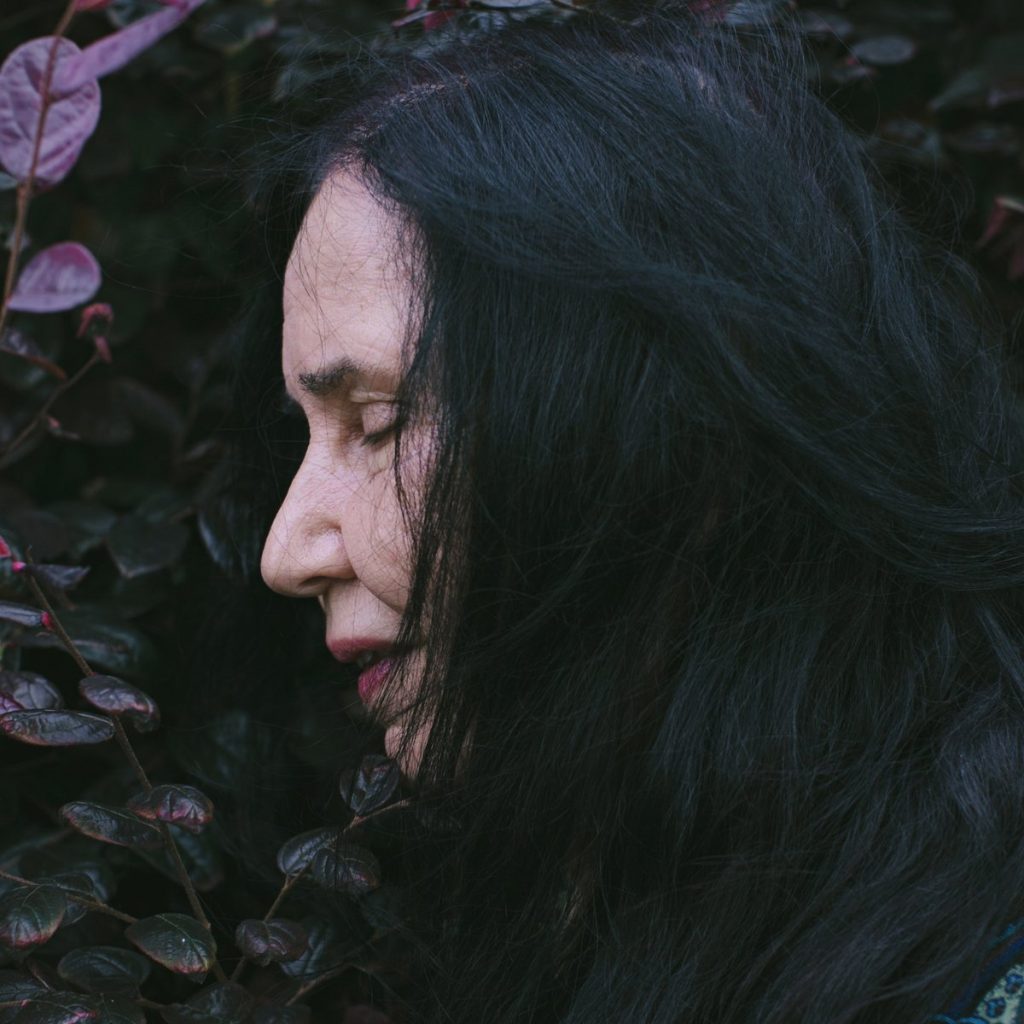 The broad genre of New Age music draws from many times and places: Berlin, London, even Pune, India. But California, and especially the San Francisco Bay Area, plays an outsized role in the tale, particularly during the music’s golden age in the seventies and eighties. In those years, the Bay represented the confluence of a number of powerful cultural currents: a restless quest for new spiritualities, a DIY enthusiasm for technological experiment, and a predilection for making—and packaging—art that satisfied the hunger for visionary experience.

Given all this consciousness hacking, the emergence of a vibrant local New Age music scene was almost inevitable. Mystic jammers like Iasos made transcendental sonic leaps while channeling angelic beings, while university-trained composers like the late Joanna Brouk worked within the avant-garde tradition that had unspooled from the San Francisco Tape Music Center and visionaries like Terry Riley. With his legendary “Hearts of Space” radio show on Berkeley’s KPFA, Stephen Hill helped draw together many amorphous strands of electronic music under the umbrella of “space music,” giving the subgenre local momentum and global reach. And Steven Halpern hit paydirt with Spectrum Suite (1976), a bestselling album of chakra tones and electric Miles drift that was inspired by a trippy vision he had on a mountain in Santa Cruz in the late 60s.

The music of Paulina Anna Strom, working under the moniker of Trans Millennia Consort, also emerged from the mystic hothouse of the Bay Area in those years. Strom’s deeply evocative recordings glow with an iridescent astral light; cloudy chords warble and drift, tones fall like distant memories, and melodies shimmer and dance like fireflies. But her music also bends and twists in unexpected, sometimes ominous ways. The angels fall through tenement corridors; deep space grows dank and swallows you up. The generosity that is key to New Age music—its earnest desire to enchant, nourish, and etherealize–is here. But so too is Strom’s sense that the cosmos, and the imaginal landscapes of human history her music channels, is a mixed bag of light and shade.

Strom made seven recordings between 1982 and 1988—three LPs and four impossibly rare cassettes, all long out of print and occasionally reproduced without authorization. This November, after a long courtship by label head Matt Wert, RVNG is releasing Trans-Millennia Music, a compilation drawn from nearly all of Strom’s vital, charmed, and sometimes unsettling releases.

Having flown under the radar for her whole life, Strom was initially uncomfortable with the idea of an interview, and unwilling to meet in person. Her reticence made sense. Strom is a fiercely private and independent person, a loner who speaks her mind and doesn’t “give a fuck.” She has also been blind from birth, which puts her at a social disadvantage face-to-face. “You can see me, I can’t see you,” she explained later. “You’re used to looking at body language, expressions, I’m not. I go by the voice.”

And so we spoke over the phone, a sonic technology that is one of Strom’s main links to the outside world. Another is her Victor Reader Digital Talking Book, which allows her to listen to podcasts, news, and tons of books (she likes history, Egyptology, horror novels). Unlike most blind folks, she never learned Braille, which she says is “boring.” Her medium of exploring her self and the world is sound.

Raised in Kentucky and Mississippi, Strom showed a rebel spirit early on, dropping out of high school and rejecting the coddling she received as a handicapped person. “’Aw, Paula can’t see.’ Oh please.” It was the time of the Vietnam war, and she started hanging around G.I. bars, a blind, hell-raising firecracker out for a good time. She wound up marrying an Army soldier who was subsequently reassigned to the Presidio in San Francisco.

While Strom soaked up the free spirit and the hippie sounds, it wasn’t until she started tuning into Hill’s Hearts of Space program in the 70s that she became truly enchanted with music other than the classical records she still mostly listens to. She started amassing albums by Klaus Schulze, Tangerine Dream, Brian Eno, and Vangelis. At the end of the decade, her husband, newly released from the service, bought her an electric organ. But it was the purchase of Tascam 4-track recorder a few months later released her inner composer.

Strom still lives in the same rent-controlled apartment in San Francisco’s Tenderloin district where she first constructed her tiny home studio. “I had a DX7, a Prophet 10, two CX1s and an E-mu Emulator. Plus a rack with a lot of effects, Super Prime Time and all that. I made everything work for me. The whole set-up was one big synthesizer.” Strom would always work at night. “It’s quieter then, the energy is slowed down.” Clad in a nightgown and massive headphones, hunkered down in her nest of gear, she’d make music on the fly.

“I like equipment that’s very complicated. I love the DX7 and the algorithms and the carriers and all that. I learn on my own. You can show me how to do something and it’ll go right out of my head. I need to sit alone and do it over and over. I create as I go.”

After a few years, Strom had amassed the recordings that would be gathered on her first record, Trans Millennial Consort (1982), whose delicious variety is well represented on the new compilation. Its longago melodies, translucent timbres, and fluid phrasing not only embody the golden age of New Age, but fulfill the music’s visionary aspirations as well. This is deeply evocative stuff—not just for listeners, but also for Strom, whose music-making starts, literally, with imagination.

“I see things in my head. It might be a vision of something, it might be an environmental thing, or an experience I had. It’s not the musical notes.” Guided by her impressions, the tracks she made would evolve “like a canvas, like you were painting a picture with the sounds.” As an example, Strom mentions a piece on her The Moorish Project cassette called “Mirrored Courtyards Of Intrigue.” “In my mind, I could visualise a courtyard, probably in a Moorish or Arabic setting. The sides, the flooring, the stone, were all mirrored like obsidian glass. In my head, I can see people moving, reflections, that kind of thing. And I would interpret that in sound.”

That a person blind from birth would use such visual language is a testament to the depths of Strom’s imagination, depths that for her go deeper than this life. “I believe in reincarnation. I believe reincarnation is the pulling in of knowledge, things that we’ve seen or done or heard in previous lifetimes.” But Strom is no fuzzy-headed New Ager; her beliefs reflect her own daily reliance on visionary intuition. “I’m a loner and I spend a lot of time like this, so maybe I’m better about it than the average person,” she says, laughing. “I’m not being conceited about that anything, but I tend to live that way. I trust what comes to me.”

Following her debut record, Strom’s astral compositions continued to travel. “I couldn’t stick to one particular family of sounds, I would become very bored.” Plot Zero (1983) found her exploring heavier and more expansive space music. While Strom never used drugs, titles like “Mushroom Trip” and “Freebasing” communicate the psychoactive aspirations of her music— “a mindtrip without chemicals.” Her next record, Spectre (1984), was at times even more foreboding. The panning, dark-wave drifts of “Spatial Spectre” sound like Eno’s On Land in limbo; another track was inspired by her impressions of burned-out concrete stairwells in the Tenderloin. “I’m into that aspect of life, that darker side. In order to understand people, and to understand life, you have to experience all aspects, you can’t just lock yourself into one.”

Strom complains about the hypocrisy and “backstabbing” of the New Age scene, whose spiritual ideals she continued to pursue on her own. She got a non-denominational ministers license, learned Reiki, and started doing spiritual consultations and distance healing over the phone. Even within the context of Bay Area spirituality, she still felt like a heretic, rejecting Tarot cards and other tools, sampling what she wanted from wherever she could get it, even her childhood Catholicism. “I respect and learn from things but I also take what I need and evolve my own way and my own system.” Mostly though, she relied on the same intuition she brought to the knobs and faders. “I do believe in God. I’m not going religion on you, but I do believe in God, and I trust the information I get.”

Amidst the storms in her personal life, Strom continued to experiment with sampling and sound. In 1988, she dropped a raft of four cassettes: Japanese Impressions, The Moorish Project, Mach 3.04, and Aquatic Realms. Each was thematically and tonally distinct, their elemental sounds more keyed to specific times and places, and each was destined for even greater obscurity than her albums. Even the existing cult of Strom fans will be looking forward to the glimpses that Trans-Millennia Mus ic provides of these releases.

Unfortunately, Strom stopped recording at that point. Bad stuff went down, and she was forced to sell all her gear along with her record collection. So while she is happy about the interest in her old music today, what she really wants is to get her hands on some more gear and get working again. “I don’t want a computer, I want a whole workstation.”

What will such recordings sound like? The New Age is old news these days, mystic electronica has become a soundtrack for consumer wellness, and technology closes as many spaces as it opens. “It’s dehumanizing,” Strom complains about our submission to digital networks today. “Privacy is important, it’s a sacred thing. Technology is guiding people to conform.” But given that Strom always made Trans Millennial music, she well may be able to fashion new sonic portals into those untimely pasts and futures that can transcend the contemporary moment–if only for the space of a track.