The Struggle for Utopia 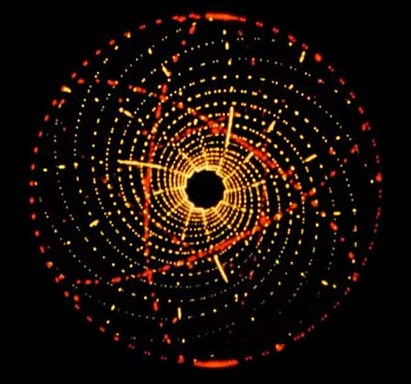 My Frieze review of the awesome Hippie Modernism show, currently up at the Berkeley Art Museum/Pacific Film Archives

Along with the rains that have recently knocked California out of drought, the state is currently absorbing a flood of nostalgia and celebration on the occasion the 50th anniversary of the Summer of Love, San Francisco’s storied peak of hippiedom. Mudslides of sappy sentiment loom. Luckily, the Berkeley Museum of Art & Pacific Film Archive has seen fit to mount a very different meditation on those turbulent times. Less eye candy than mind map, ‘Hippie Modernism: The Struggle for Utopia’ manages to radically reframe a period of creative ferment that – precisely because of its populism and color – remains weakly understood and remembered within the histories of art and design.

The exhibition casts an intentionally wide, holistic net. The museum’s halls are filled with 400 works – including textiles, broadsheets, paintings, cookbooks, installations, films, beanbags and even tabs of LSD and dot-matrix printouts. Rural bohemians are represented alongside professional design teams, Black Panthers with computer nerds, mystics with professors. And, although the show now reflects more Northern Californian artists than it did when it first opened at Minneapolis’s Walker Art Center in 2015, the framework is – as all modernisms should be – international. British, Italian, Austrian and Brazilian participants all add to curator Andrew Blauvelt’s central argument: that, despite its reputation for radical rhetoric and pre-modern longing, countercultural creativity is most substantially seen as a pragmatic extension of modernism’s formal quest to artfully and idealistically engineer human utopia.

At the heart of ‘Hippie Modernism’ is the notion of design being not a vehicle for product solutions or frictionless living but a prompt for experiment, a framework for novel collaborative action. ‘Design is the formulation of problems for the evolution of a new mentality,’ proclaims the Italian radical architecture group Superstudio in Supersurface: An Alternative Model for Life on Earth – one of their sci-fi photomontage films from 1972. This playful and even impish desire to provoke questions rather than provide answers helps explain why, despite the lasting successes on display – from Quentin Fiore’s paperback book designs to Gary Anderson’s world-famous recycling symbol – so little here seems finished. Even the most realized and explicit artworks can appear ephemeral, makeshift or dependent on moments (or mind states) now gone. The newsprint has faded, the slide projectors clack and wobble, the hallucinogenic tricks fall flat.

And yet, in a dystopian time like ours, this rickety, hands-on openness to the future provides both a balm and a goad. Get to work! Most of the documentary films screened here show young people sawing, hammering and crocheting – whether they are prop-making for the Diggers’ social theatre events, devising huge inflatables as part of the Ant Farm collective or creating Buckminster Fuller-inspired domes as part of the Drop City commune. As the Whole Earth Catalogs on display made clear, this was an era that transformed ‘tools’ into the active icons of a visionary pragmatism. This DIY spirit did not result in heroic statements or charismatic objects for the art market, but in maps and models, blueprints and flowcharts, catalogues and cookbooks designed to support an architecture of possibility that humans must still construct together.