The End of the Ring 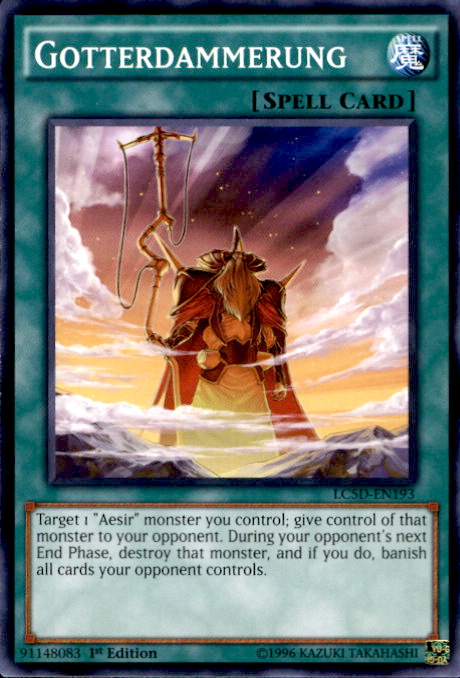 Some quick thoughts on the end of the Seattle Opera’s Ring cycle before we pile into Kermit for the long slog home. Dramatically, Siegfried is dominated by the fact that Wagner’s great hero is annoying and petty, a sort of golden lout. His character undercuts sympathy and makes Brunnhilde’s adoration puzzling, leaving us with one of musical drama’s most pointed expressions of a question we have all asked: What does she see in him?  I complained about him to my pal Lux, a philosophical chap who has become a hardcore Ring maven since I first talked to him about Wagner (this is how cults spread). Lux agreed that Siegfried was basically lame.

Picking up on my last post, I wrote that the character’s crude innocence definitely involves a philosophical desire for something like “pure agency”—human will unmediated by anxiety or self-benefit. Lux responded that “the idea of pristine and unmediated spontaneity also ties to the important metaphysical argument of The Ring, which favors the undifferentiated purity of potentiality over the messy, relational temporal realm of the actual. The gold is good, but once it’s forged it becomes corrupt, i.e. the realm of the actual is defined by limitation, relation, lack, and transience.”

This is a crisp point, a partially ecological argument that underlies the continued contemporary resonance of the Ring, when our actual seems ever more corrupt and messy. For Lux, Siegfried’s psychological naivete reflects the attempt to depict “a pre-lapserian state that accords with pure Being.” But it doesn’t even work in its own terms, let alone dramatic ones. Why is this pre-lapsarian font of spontaneity such an asshole to Mime? Would not the lengthy first act—which presents a fallen form of love in Mime’s mockingly motherly coddling of a child he hates and simply wants to use—be more powerful if Siegfried’s innocence extended to his heart? But even his frat-boy carelessness does not count as a psychological wrinkle, simply an impulse. Siegfried is without inner folds, and as Lux put it, “characters who are metaphysical avatars have no inner life, and are by definition uninteresting.”

Things were not helped Wednesday night by the fact that the tenor, the Danish powerhouse Stig Andersen, was sick and feverish. And while Anderson performed ably (though at one point narrowly avoiding falling from a mossy log, a near-blow-it that was not as klutzy as his failed palm of the ring during Gotterdammerung, which led to the all-powerful object nearly rolling over a cliff riser), he clearly lost power as the hours passed, with the result that the glorious encounter with Brunnhilde that closes the opera was less than glorious. While this scene contains some of the opera’s most amazing music, the passion and the power was not there, and Janice Baird’s debut performance as Brunnhilde, while more than capable, did not push the character into the empyrean where she belongs.

By Gotterdammerung, the Ring experience was feeling more and more like a cultural marathon, and while I was totally into it, I had begun to hit the wall. I actually enjoy that moment in demanding (or “boring”)  art—like Tarkovsky’s long takes of pond fronds—when your ability to be simply entertained is gone, and something more disinterested and focused must fill your field to keep the mind from wandering. An aesthetic meditation of sorts, one that is well placed to explore the extraordinary music that characterizes Wagner’s fourth opera. At this point, having done some of my homework before and after hearing over a dozen hours of themes and developments, the last hours of the Ring became a musical tapestry of allusions, feelings, shades, narrative echoes, and repetitions, as if the linear flow of the music was itself the rope of the Norns, braided and webbed with history, myth, karma, sadness, fate. What resulted was a new kind of musical pleasure, somewhere between painting and song, philosophy and bardic chant, poetry and cannabis.

During one drift, I flashed on one of the deep connections between Wagner and Tolkien, a shared feeling that pervades the narrative to the point of atmosphere: the sense of the passing of an age. This is what enables their work, which in some ways are also anti-myths (remember that Middle-Earth has no gods), to achieve the feel of “myth” is precisely that their worlds are dying. Why? Because modernity is characterized by a perpetual feeling of the passing of an age. So the veil between here and there—between, on the one hand, these $250 dollar seats and the computer fuck-ups that marred the opening of two acts, and on the other, the world of magic and archetype—is thinner, because both veils depict a passing. The fantasy world grows more fantastic, and more real, in its explicit loss.

That is why purely progressive or avant-garde understandings of modern culture are unbalanced: a vexed and imagined relationship to the passing past constitutes modernity as much its restless probing edge. The sense of “the North” itself, the idea of gods who once ruled the minds and hearts of men, the idea that the stories of these figments can engage our souls and contemporary conundrums—all these are ideas that organize our modern sense of self and place. But it is a sensibility of self and place overwhelmingly ruled by transience and passage.

So with both Ring tales, there is a retrospective engagement with past forms of consciousness and culture that present an air of charm and profundity coupled with a sense of inevitable decline—the passing of the elves, the coming of men, that is at once tentatively hopeful, for its increase of self-determination, and inevitably shadowed with the distrust of the human, of the stupidity of and hopelessness of heroes. And so the gods die, the middle ages die, the belief in progress dies, the confidence of humanism dies, or at least is dying. But what happens when modernity itself goes the way of all ages? The elves went to the West, but “the West” doesn’t exist any more, any more than the North. Its just an arbitrary point, a myth of convenience that casts our thin stories across a cosmic ball of unworked potential, running around the old sun in a ring we draw with our minds.